Front Porch Republic
Home Articles The Nightstand When Innovation Runs Out: The Vindication of Maintenance 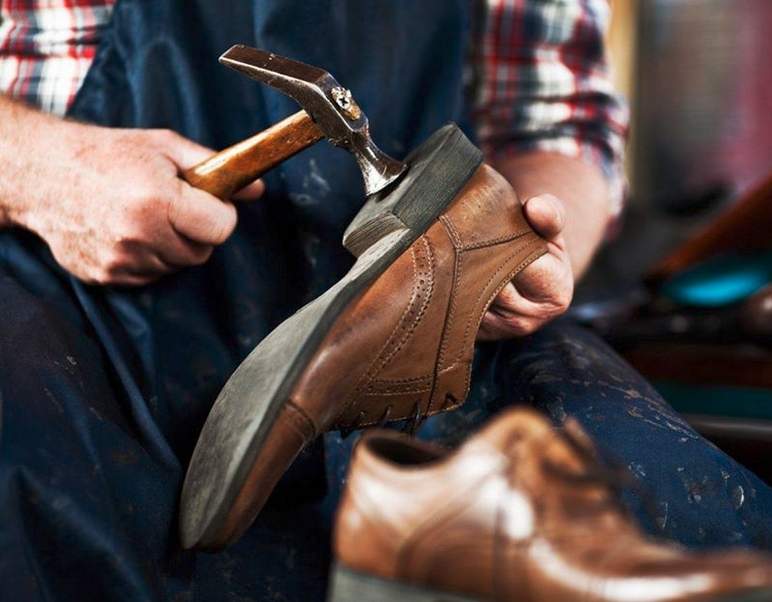 Lancaster, SC. Every sector of modern life drips with the language of innovation. Technological progress, disruptive innovation, and economic growth remain unquestioned, continually parroted by entrepreneurs, city planners, educators, and countless others. In The Innovation Delusion, Lee Vinsel and Andrew Russell challenge the entire innovation narrative and make a strong case that the mundane reality of maintenance is actually what sustains economies, schools, homes, and communities in the long run.

Vinsel and Russell have added a wonderful contribution to the ongoing discussion of what makes for sustainable economies and human flourishing. They explain, “We are writing this book because we are sick of hearing about what’s good for Silicon Valley, and what the innovating classes think is good for us.” For several years Vinsel and Russell have researched how “the gospel of innovation has affected transportation, computing, and other technological systems, while reflecting on the overlooked fields of infrastructure and maintenance.” They argue that what they have found is “a culture that seeks to apply the wrong lessons from the digital world to the physical world, a culture whose conception of technology reflects an unholy marriage of Silicon Valley’s conceit with the worst of Wall Street’s sociopathy” (9-10).

The timing of their book couldn’t have been better, as COVID-19 has caused many to reconsider economic, educational, and family activity. As Dirty Jobs hero Mike Rowe recently explained, due to COVID-19, “there’s a new word that’s really been injected into the lexicon: essential.” And there’s nothing more essential than maintenance. Rowe argues that a major problem is that these maintenance “categories of work are shrouded in mystery. And if we don’t demystify them and destigmatize them, we’re going to be waiting for plumbers and electricians for a long, long time.” The Innovation Delusion goes a long, long way toward demystifying and destigmatizing the ordinary yet essential work of maintenance.

In addition to their university roles, Vinsel and Russell are co-directors of The Maintainers, “a global research network interested in the concepts of maintenance, infrastructure, repair, and the myriad forms of labor and expertise that sustain our human-built world.” This growing network provides Vinsel and Russell exposure to a diverse cross-section of American economic and social life. Throughout the book, the authors intersperse these stories of how the innovation-maintenance dichotomy plays out in different sectors, and they present mounting evidence revealing the failures of “innovation-speak,” which they suggest is “fundamentally dishonest” and “built on the hidden, often false premise that innovation is inherently good.” They explain that “unlike actual innovation, which is tangible, measurable, and much less common, innovation-speak is a sales pitch about a future that doesn’t yet exist” and easily leads people to seek “techno-solutions to profound social problems” (11-12). A better way is found in recovering the art of maintenance: “the practice of keeping daily life going, caring for the people and things that matter most to us, and ensuring that we preserve and sustain the inheritance of our collective pasts” (14-15).

Evidence of the Innovation Delusion

The authors take on the daunting task of deconstructing the ubiquitous innovation narrative in infrastructure, transportation, education, technology, and even home life. While such a sweeping thesis could never address all possible counter arguments—especially in a little over two hundred pages—Vinsel and Russell successfully poke holes in the innovation mindset and raise thought-provoking questions about how life is framed in a technological society. As they argue, “the blind pursuit of innovation at all costs” has extensive effects “on societies, in the form of infrastructural neglect; organizations, whose bottom lines suffer from unwise investments in half-baked innovation efforts; and our personal lives, where the constant pressure to ‘disrupt’ is taking a toll on our careers and our time at home” (55).

Take for example the story they tell of Strong Towns founder, Chuck Mahron who is on a mission to save rural America, even if that means helping towns “shrink gracefully” (72, 155). As a city planner, Mahron eventually came to realize that “loading up localities with infrastructure they could in no way afford to maintain was the definition of fragility, the dark antipode to resilience” (73). Not only is deferred maintenance like an extra-long fuse on an explosive device, it “often brings disproportionate harm to people already grappling with social and economic disadvantages” (84). Thought leaders and politicians reveal themselves to be infrastructurally out of touch with everyday people when they tout shiny new features in public transit like free WiFi while passengers just want the buses to be on time (172).

Or consider another sketch they provide of engineering professor Melinda Hodkiewicz who has “worked for decades on the topic of maintenance, both as a practicing engineer and as an academic researcher.” Hodkeiwicz has discovered the unintended consequences of the extensive push for innovative STEM education. Changes in university policy, she explains, push students toward engineering majors, but many of the new students are “poorly equipped for rigorous math and science courses” (109). As a high school teacher, I’ve seen a similar push for integrating STEM-like problem solving across the curriculum in hopes of teaching generic critical thinking skills, an approach the authors argue does not work (107). In the district in which I teach, seven figure dollar amounts have been devoted to implementing such programs, but with little to no follow-up—or to use the authors’ word—maintenance. This is a recurring story, as Todd Oppenheimer documents in The Flickering Mind. Innovative technological solutions to educational problems have consistently underperformed. Radio, film, television and other technologies were supposed to revolutionize education, but they all failed to deliver in any significant way (3-61).

The Vocation of Maintenance

But perhaps the most intriguing aspect of their thesis is the profound yet simple insight that maintenance applies not just to things, but also to human bodies and communities. For embodied, relational creatures, maintenance is required. As they explain, “if we are to restore the role of maintenance in our society, we must understand the full sweep of the labor of upkeep and how it affects our private lives” (121). It might even necessitate questioning our ideals, “asking where they came from and whether they are actually helping us and our loved ones live better lives” (205).

Vinsel and Russell offer some additional questions and principles for practicing this maintenance mindset as an “antidote to the Innovation Delusion” (158). They suggest adopting “a new habit when you walk around, or think about your work, your community, and your personal life: Ask yourself, What is good here? And how can I maintain that goodness? How can I preserve and extend that which is valuable?” The authors have also “distilled three general principles of the maintenance mindset,” which they see as: maintenance sustains success, maintenance depends on culture and management, and maintenance requires constant care (142). One of the examples that drives this point home is the juxtaposition of Dutch and American water management and flood control. They explain that successful flood control in the Netherlands can be attributed at least in part to a “deeply held collective value: that water management is a communal responsibility that requires taxation . . . continual funding and maintaining” (170).

When it comes to valuing the work of maintenance, the authors make the appropriate nods to the usual suspects like Mike Rowe, Matthew Crawford, and others. But they also provide some personal stories and newer voices (including a nice vignette about Gracy Olmstead) that show how coalescing around these themes transcends Left-Right politics. The possible alliances defy current party polarities, as such “identities fall by the wayside when people give themselves and one another some space to talk about maintenance and repair” (222).

A book with such an ambitious and wide-ranging thesis offers many topics for further exploration. For one, the authors’ nuanced perspective on things such as the skills gap and the push for STEM education welcomes additional study and reflection (109-110, 180-181). Second, worth pondering are the connections between the authors’ praise of maintenance work and the advocates for home-centered economies and trades like Rory Groves. And third, the authors raise thought-provoking questions about the nature of justice and society that must be carefully considered. Is infrastructure a human right (177)? Who should ultimately pay for deferred maintenance (161)? Perhaps such questions reveal the limitations of the language of “rights” and bump up against the confines of our current left-right political discourse.

Also intriguing is the authors’ proposal for a kind of “positive materialism” to bridge the gap between the “consumerism that celebrates the rapid consumption of disposable things” and the minimalism that asserts “that objects are not the answer to our soul’s desires.” What is missing from both extremes is a recognition of “the deep pleasure and meaning that can accompany physical realities” (210). This has wide application, from our understanding of the goodness of creation and the inherent value of the human body, to the importance of crafting quality products and the significance of maintaining them.

Another area meriting examination (and obviously outside the scope of the original book) is the connection between the maintenance mindset and the Christian doctrines of vocation and stewardship. It seems to me that Christianity provides a much older viable framework for understanding maintenance, which can complement the authors’ approach. Maintaining our personal lives, possessions, relationships, and indeed creation itself, is a calling that places us within what I’ve referred to elsewhere as frameworks for flourishing. It is within family and community structures that we are interconnected in vocational webs of mutual support in ways that bring meaning to the mundane and situate us within the mythic-yet-true hierarchy of the created order and the sacred community. Within this narrative (in distinction from the innovation narrative) humans are more than just economic innovators or autonomous agents. Instead, humans are self-giving selves that are relationally interdependent according to God’s purposive design. Such a view fosters meaningful action in the world, even—or perhaps especially—when the tasks are the thankless and hidden ones of maintenance.

Cultivating the Skills that Freedom Requires in Matthew Crawford’s Why We...