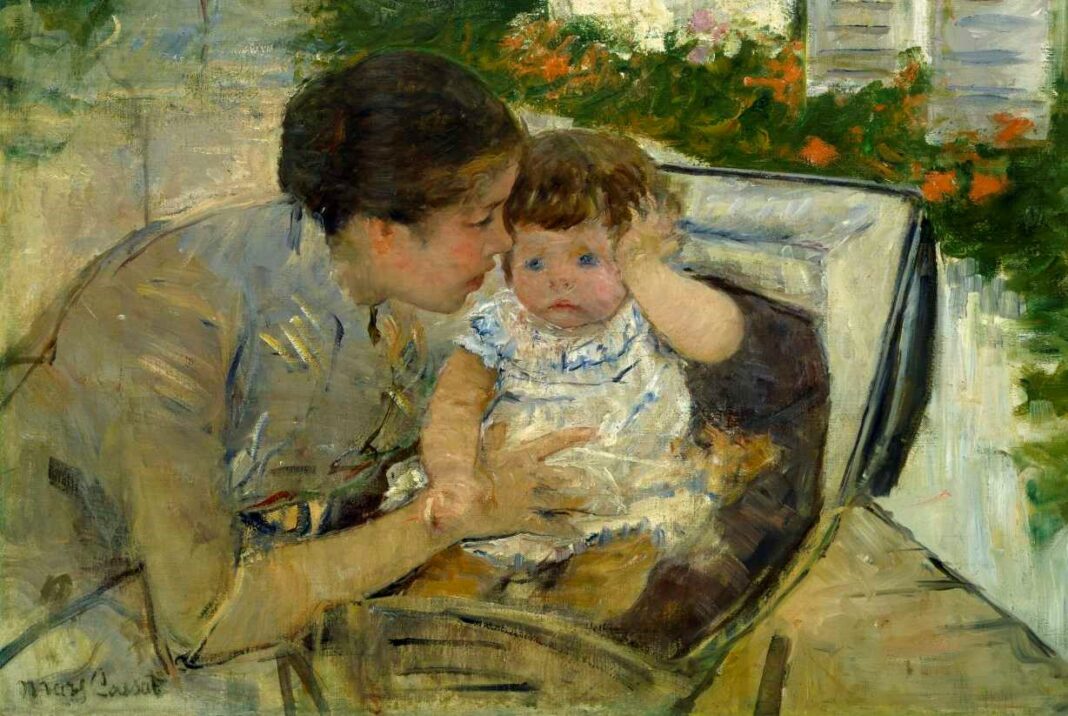 Fort Smith, AR. Less than a year before the pandemic began, I became a mother in Chicago. What at first seemed like an adventure slowly turned into a crisis as the city simultaneously provided many opportunities to experience new things and made it almost impossible to experience them. Doors were rarely opened for me as strangers watched (or pretended not to watch) me figure out how to hold open a door while maneuvering a stroller into a coffee shop; bookstore owners inquired politely about the infant strapped to my chest as I mentally calculated how much longer he might nap before erupting into screams. What I remember most often about those early days is an overwhelming sense of isolation as I could not see how to share the joys and challenges of my new life in any kind of substantial way beyond a few haggard hours with my husband and the occasional lunch with a friend.

This context perhaps made me the ideal audience for Maya Sinha’s debut novel, The City Mother. Although being able to relate to an experience is not necessary with fiction, in this case it can make for an especially powerful reading. Sinha’s story follows the narrator, Cara, a young woman from a small town who has found herself in a large city with her husband and two toddlers. Initially drawn to the romance of urban life, Cara begins to regret her presumptions about the inferiority of small communities as she attempts to settle into building one of her own. Sinha captures many glimpses of the highs and lows of mothering young children, and she does so in a way that affirms the realities of many women and families dwelling as archipelagos in a chaotic, storm-tossed culture: small maternal islands circled by smaller ones that they cannot escape but that also make them more complete. In these days of continuing ambiguity about how to approach community—not only in terms of cultural values but in the ever-shifting public health concerns regarding the pandemic—many families with younger children struggle with isolation while also seeking creative ways to build safe and meaningful lives. The loneliness can be overwhelming, but it can also be redeemed through a deepening love of our primary—and primal—sources of community.

In terms of craft, the quality of the writing is consistently high, with a confident yet unassuming voice that manages both to connect one idea or plot element to the next while also to leave certain mysteries under the surface, bringing them back into the light at the appropriate time. Cara speaks with authority while remaining vulnerable and authentic. Sinha’s writing should appeal to multiple audiences, from those disillusioned with modern urbanity to young mothers to thoughtful people concerned with the persistent presence of evil in our times. The City Mother has that rare quality of providing an immersive narrative experience that also transcends its particularities to link them to universal questions of how we can find our way in the world.

One of the most profound strengths of Sinha’s novel is its lack of resentment or ambivalence toward the fact of parenthood. The children (or that modern abstraction of Motherhood) are never the cause of her characters’ problems; instead, they are the catalyst that reveals the preexisting cracks within Cara and her husband. Cara’s unapologetic joy in becoming a new mother gives greater weight to her depictions of the terror, anxiety, and utter rawness of learning to care entirely for another human being. When she recalls a spontaneous weeping episode while rocking her infant son, Charles, she explains, “I cried for the enormity of my task, for my own frailty. I cried because it was impossible. I didn’t know how to do it. . . . I cried because there was no one to hear my crying” (41). After a fight with her husband in front of Charles, she thinks, “I’d wanted to protect him from everything in the wide, wicked world. But I could not even protect him from myself” (52). Every new, struggling parent has likely had these or similar thoughts. However, such difficulties are well balanced by Cara’s ongoing delight in her children. Whether dancing to Willie Nelson (also a personal favorite of my own family) or snuggling in bed for hours on end, Cara clearly never feels any regret for her children. Not only is such an approach refreshing, but Cara’s motherhood ultimately adopts a sacramental significance over the course of the novel as her love for her children helps her become more attuned to deeper forces at work around them. The City Mother has a Catholic publisher for a reason.

Sinha’s commitment to a spiritual dimension thus hovers over the story, gradually taking on greater meaning throughout Cara’s journey. As the novel develops, Sinha chooses a spiritual lens over the purely clinical, acknowledging the latter’s shortcomings to get to the heart of what is truly hurting Cara. Having said that, Sinha’s use of psychiatric language and environments remains powerful as it provides an entry point that will resonate with many readers. This distinction between psychological and spiritual problems is a potentially fraught one, as it could in some cases give the impression of being dismissive of legitimate health concerns. However, Sinha primarily saves her novel from that accusation by adding more humanity to these sections, particularly through Cara’s struggles with anxiety and through a secondary character, Flee, who seems to have managed to reconcile the realities named by both perspectives. As a result, psychological problems ultimately serve as a means of tapping into human vulnerability that gives way to deeper spiritual questions rather than viewing the abstraction of Mental Health as an end unto itself.

And Sinha seems to want to avoid abstractions in all their forms, cutting through them to the core details that can instead make them universal. “The city” thus remains general and nameless in contrast with Cara’s very particular isolation inside it. Sometimes, this approach feels a bit caricatured, which may be my only criticism of the novel. Even then, since the generality was a deliberate narrative choice, it is possible that the abstraction is also intended to be a deliberate effect of Cara’s individual perspective. When living in such a vast, impersonal place as a city, it can be difficult to see beyond the endless streets of “fusion restaurants and shoe boutiques and microbreweries” (10), for instance. Still, the fact remains that many people consider cities to be home in distinctly personal ways; they can succeed at building their own communities.

Chicago is a good example of this phenomenon, as it is sometimes defined as much by its individual neighborhoods as by its lake-bound sprawl. One of my favorite memories there with my infant son—mere weeks before Covid lockdown began—happened on a cold (though blessedly sunny) winter day, pushing his stroller around Ravenswood while he napped before taking shelter in a bar down the street from my third-floor walkup. Being a weekday afternoon, it was basically empty, so the bartender and I struck up a conversation while my son continued to sleep in the warmth. I learned he had young twins, and we bonded over the purely physical feats of parenting. I sipped a local beer (probably brewed around the corner) in the quiet and felt at home—connected to someone else’s experience and comfortable in that indefinable quality that makes Chicago unique. I also never saw that bartender again, and I cannot deny the wearying effects of trying to accomplish simple tasks there or to maintain relationships beyond a single conversation. Nelson Algren expresses this sentiment well in Chicago: City on the Make when he says something like, “Chicago divided your heart. Leaving you loving the joint for keeps. Yet knowing it never can love you.” (I would go look up the quote to confirm, but my copy happens to be in the room where my second baby is currently asleep.)

Sinha describes the feeling of life in the city this way:

The trick of living in the city was not to treat people like things. Not like vending machines that gave you stuff for money, not like blights on the landscape or obstacles in your path, not like noisemakers interfering with your enjoyment of a movie, but like unique and complex beings fully equal to yourself. I knew this and yet found it hard to do in practice. There were too many of them; the human mind could not trot out to meet each like a friendly dog but remained crouched and wary in its lair, constantly primed for fight-or-flight. (60)

That tenuous sense of connection is further reflected in Cara’s interactions with her neighbors and a former colleague. It was easy to read myself into the awkward lunches with her friend as they struggled to find ways to stay connected while the city sent them speeding in different directions. Still, I wonder how unique this phenomenon is to urban life, or how much it may instead be a general expression of our larger cultural struggle to forge genuine, life-giving relationships in a time of increasing loneliness and individualistic worldviews.

Along these lines, Sinha’s descriptions of the unnamed city sometimes evoke Carl Sandburg’s poem, “Chicago.” While the city may be a place that is “wicked…crooked…[and] brutal,” the poet nonetheless proclaims, “Come and show me another city with lifted head singing so proud to be alive and coarse and strong and cunning.” We see this same kind of singing, this pride, in Cara and her children as they delight in each other and in the world they are discovering as a family. There is weeping, but there is also laughter that echoes the endless laughter of Sandburg’s city. For Cara, the city—much like her young children—simultaneously brings her to her knees and enables a new life to emerge: “Building, breaking, rebuilding.”