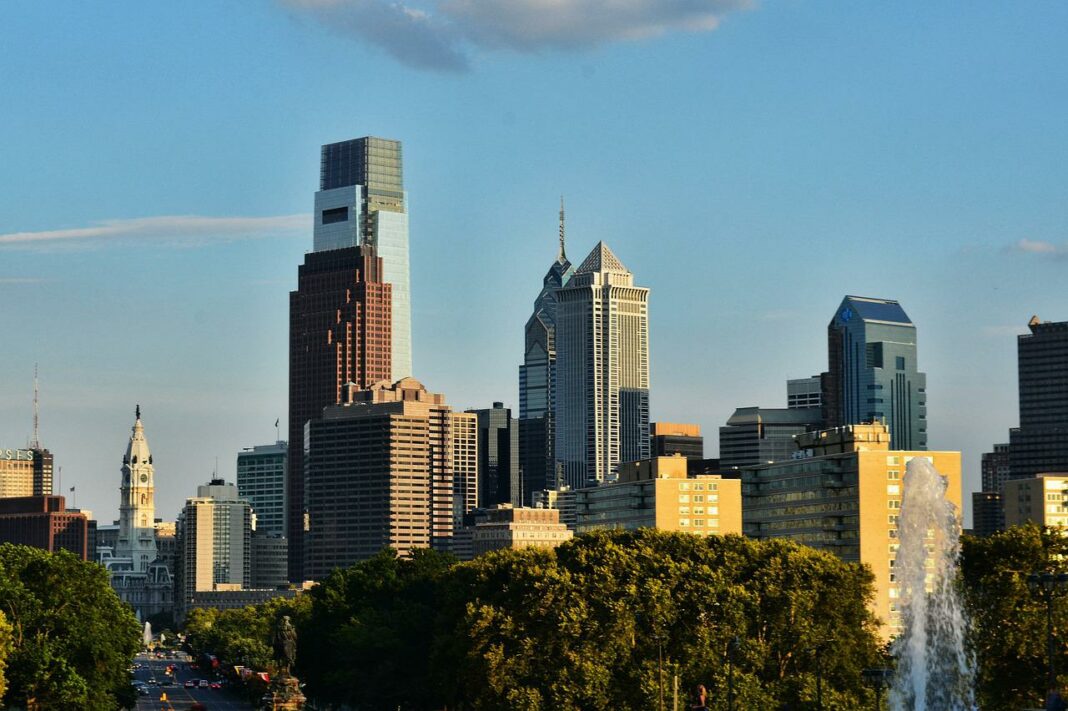 Growth comes only from love, from I will not say self-sacrifice, but from the ardent impulse to fulfill another’s highest impulse… Love, recognizing germs of loveliness in the hateful, gradually warms it into life, and makes it lovely.”

Philadelphia, PA. In the last six months, two of my fellow Philadelphia-based Front Porchers have written about NFTs: Anthony Hennen for Philadelphia Weekly, and Andrew Figueiredo here at Front Porch Republic. Hennen’s piece describes Philadelphia’s emerging community of digital artists who sell their work in NFT-form. Figueiredo’s piece, drawing on Wendell Berry’s economic writings, is a cautionary tale urging readers to take a critical eye to the NFT craze, which he sees as revealing “disturbing truths” about our hyper-financialized and excessively speculative economy.

Allow me to add to the FPR-NFT discourse by arguing that “stepping back and questioning NFTs,” as Figueiredo wants us to do, is only the first step we ought to take. I’ll do so by putting Figueiredo’s piece into dialogue with a Philly-based NFT artist, Chris Hytha, who was profiled in Hennen’s article. And my argument is rooted in the conviction that, as Simon Sarris writes, “If you want to make a cultural critique, you should try first to make it implicit in the positive vision of what is good. (For instance, showing coffee-as-ritual is more powerful and good than bemoaning k-cups.)”

NFTs, and the crypto craze more broadly, are here to stay for the foreseeable future. The question is not “will these digital tools become more widely used?”—they will. The question, rather, is “how will they be used?” And if our starting point is Figueiredo’s contention that

morality cannot and should not be severed from our economic actions, for doing so breeds injustice… the human economy… should work harmoniously with the interconnected Great Economy, which is composed of the links between nature, humanity, society, and God. Excessive speculation, which tempts even more unvirtuous behavior, undermines our relationship with the Great Economy.

Hence, as Sarris fights K-cups by showing coffee-as-ritual, our best hope for harmony between the human economy and the Great Economy is to fight excessive speculation by showing how NFTs can be put to good use. Fortunately, both Hennen and Figueiredo have already highlighted some “germs of loveliness” in a trend for which the cons are admittedly more obvious than the pros.

Figueiredo praises NFTs for “providing artists with direct revenue streams.” They do so, as Hennen notes, by creating “a new market for art that didn’t previously exist” and by directly connecting artists with prospective buyers on platforms such as OpenSea. In so doing, Hennen posits that NFTs have the “capacity to create an artistic community outside of any established institution,” which is part of the technology’s “decentralizing potential” that Figueiredo sees some value in. Further, Figueiredo notes that some “techies defend NFTs as ‘represent[ing] a shift in power structures to a creator economy.’” Hennen likens NFTs to other content-creation platforms: “Other buyers simply want to support digital artists they admire, like fans do for musicians and writers on Patreon or Substack.”

In the summer of 2021, Chris Hytha started using Google Street View to find rowhomes in Philadelphia with interesting architecture. He’d hop on his bike, snap a picture of a rowhome, modify the picture to emphasize the home’s unique character, and then sell the resulting image as an NFT.

“Even though some of these homes are abandoned, you can tell a hundred years ago, an artisan, a bricklayer, had so much pride in their work,” Hytha said. “After a hundred years of people walking into this same home, the passing of time starts to show.” His goal has been to “let [the rowhomes] tell their stories” through his images, and he’s viewed the project as an opportunity “to get to know the city that [he] love[s] a lot better by seeing the surrounding neighborhoods.”

Hytha’s been photographing Philadelphia’s architecture for years. By 2021, as an architecture student at Drexel University doing photography in his spare time, he’d amassed a sizeable social media following. He was making a bit of money selling prints, but the sales were far from lucrative, and he was still banking on a career in architecture. Then he got into NFTs, and everything changed. Since minting his first batch of rowhome NFTs, Hytha’s profits have skyrocketed. He no longer needs to worry about economic necessities and can devote himself to digital artistry fulltime. “Now that I’ve made some money,” he says, “I can re-invest it”—in his craft, yes, but also in his community. He’s been able to donate tens of thousands of dollars to historic preservation and homeless advocacy groups, and he has plans to make similar sorts of donations with future profits.

In a span of eight months, then, Hytha’s status changed from “struggling artist” to local philanthropist, and he owes the change in large part to the “NFT craze.” Suddenly, by posting his work on OpenSea, he was able to connect with crypto-rich art collectors as far away as Thailand. Sure, he’s been a bit bewildered by the whole ordeal, often wondering why he’s suddenly seen such great financial success for doing roughly the same work he’s been barely scraping by on for so long. And, sure, maybe the hype won’t last, and his images won’t always be worth what they’ve been worth the past eight months.

But the fact is that plenty of people all over the world value his art right now. And he’s transformed their interest in his work into the following business model: (1) create images that celebrate historic buildings in the city he loves, (2) sell those images as NFTs, (3) use a portion of his profits to fund the preservation of historic buildings and the housing of the poor in his beloved city. He’s been reaping profits from overseas and putting that money to good use in his community. He’s helping future generations appreciate the richness of the built environment they’ll inherit from us and that we inherited from those who came before us. And now Hytha has plans to start ensuring that posterity inherits a better built environment than we did.

A lot of the rowhomes he photographed for this project are located in Strawberry Mansion, a neighborhood in North Philadelphia. When Hytha looks at the images he created, he sees the story of Strawberry Mansion, which is representative of many neighborhoods in North and West Philadelphia. A century ago, Philadelphia was a booming industrial city, and Strawberry Mansion was a wealthy and vibrant neighborhood. Many of the rowhomes that Hytha photographed were built during that era, and he says their architecture reflects the vibrancy. But now many of those once-vibrant structures are rundown or even abandoned. So, if you know what to look for, you can see in one of Hytha’s NFTs the story of a neighborhood’s trajectory from wealth and abundance, through deindustrialization and decay, to its current state of impoverishment.

Many residents of Philadelphia’s most impoverished neighborhoods now live in century-old buildings that pose two threats to their well-being: physical disrepair and legal complications. In Philadelphia, residents who need to make home repairs but who can’t afford them can apply for assistance from the city, which contracts the work out to nonprofit organizations. But to access these funds, residents need to show that they have legal title to their home. Often, they don’t—perhaps they lived in the home with their grandmother, then she passed away, and they continued living there without getting the title transferred into their name. Now, they have what’s called a tangled title, and tangled titles are expensive to resolve.

To wrap up his rowhomes project, Hytha’s planning to sell a collage of all 100 images that comprise it, and he expects the collage to sell for as much as $40,000. In the meantime, Hytha has been meeting with local organizations that specialize in home repair and tangled titles in an effort to figure out how to put the money to the best possible use. Whether it ultimately helps Philadelphians with rowhome repairs, tangled title resolutions, or both, Hytha’s donation will help protect the historical legacy and architectural vibrancy of the city’s oft-neglected neighborhoods. In so doing, what started for Hytha as an art project celebrating the tragic beauty of urban decay in Philadelphia’s built environment will have become a force counteracting that very decay.

Hytha shows us, then, that it’s possible to use NFTs without severing economic action from morality, and further, that the new technology actually opens up new frontiers for local civic engagement. With sufficient skill, hard work, and good fortune, struggling artists now have a realistic chance at becoming powerful community pillars—all while doing what they love. Moreover, while NFTs are often criticized for being detached from the world and devoid of real value, Hytha shows us that it’s possible to ground them in one’s environment and use them to help people appreciate the physical world instead of escape from it into cyberspace. Figueiredo states that “[a]n economy based around reckless gambling on digital images cannot support community or respect limits,” and he’s right, but I see in Hytha’s rowhome NFTs evidence that this technology can form a key component of a human economy in harmony with Berry’s Great Economy.

“It’s a lot bigger than just art, and it’s a lot bigger than just pixelated profile pictures on the internet. Really, I don’t know what the next five years holds,” says Hytha. No one does. But the status of NFTs in the world of 2027 depends, in large part, on how well we’re able to incorporate them into our positive vision of the good. We can, and should, step back and question them. But to stay removed from the craze is to abdicate our duty to shape the future in accordance with our values. The NFT trend marches on: will we help to choose its destination, or will we resign ourselves to futile finger-wagging?