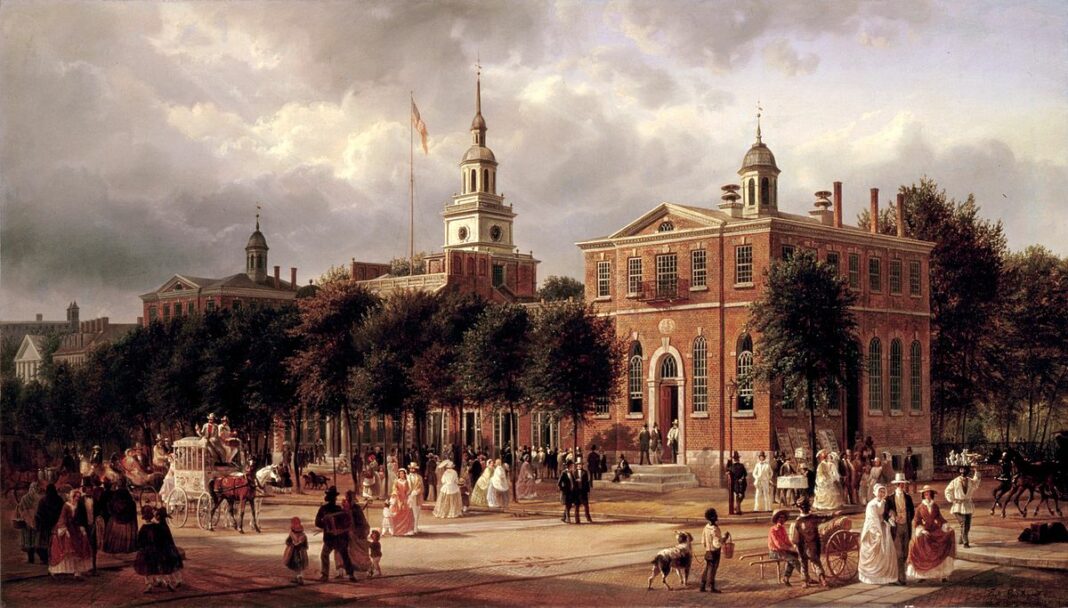 Philadelphia, PA. Nick Russo’s response to my piece about Wendell Berry and NFTs contained numerous good points. Despite my skepticism of this burgeoning digital asset market, Russo provided a strong counterpoint to some of my pessimism.

We should all celebrate those like Chris Hytha who deploy their talent for the betterment of their community. Hytha, Russo, and myself all share the beautiful and historic city of Philadelphia, a place that has suffered from the pernicious effects of deindustrialization, disinvestment, and racism. I have nothing but praise for Hytha’s Rowhomes project. His artwork is delightful, and ever since I was a cookie-cutter-suburban child on vacation marveling at Montreal’s rowhouses, I’ve always found rowhomes appealing. His Rowhomes project brings me an awestruck smile because it’s all incredibly inspiring—showcasing local beauty, mending the brokenness of neighborhoods that have fallen on tough times, and telling Philadelphia’s history through photography and art. Plainly, Chris Hytha makes the best use of NFTs I can imagine; his art is anything but a falsehood or abstraction. In so doing, Hytha himself “defines and values human goods,” which Wendell Berry proposes as necessary for a good human economy in “Two Economies.”

Nonetheless, I still find myself uneasy with the rapid growth of NFTs, a trend that Russo and I find likely to continue. To his credit, Russo understands this concern, asking in his last paragraph whether we will “help to choose [the trend’s] destination.” Russo argues that people like Hytha make decentralized finance better, and I cannot disagree. But despite our broad agreement here, I believe that amplifying enough examples of prudence, community, and self-control to guide the NFT market is, as Berry writes later in “Two Economies,” difficult in “an economy that encourages and rewards unlimited selfishness.”

For one, the trends aren’t particularly hopeful. Even since I wrote my initial article on the Wendell Berry NFT, the markets have given us cause for concern. In late January, a cryptocurrency sports fan platform collapsed, going into liquidation and leaving “thousands of supporters with tokens that are now virtually worthless.” Not long ago OpenSea, one of the largest NFT marketplaces, admitted that 80% of the NFTs minted on their platform were plagiarized or spam content. Artists continue to fight theft and copying, but they are hampered by marketplaces’ unwillingness to act seriously, leading some, like artist Aja Trier, to state that “OpenSea has bastardized the entirety of what NFTs are about for artists.”

Platforms may eventually implement greater fraud protection, but scammers continue to dream up new schemes. A recent example is the “rug pull” scam, where people sell NFTs and promise forthcoming benefits, then pull out of their project once they turn a profit, leaving buyers with low value tokens and no hope of promised future rewards. While these scams are increasingly common and infrequently thwarted, law enforcement has taken note recently, arresting two high-profile “rug pull” scammers this March.

This sector increasingly replays the worst excesses of uncontrolled financial markets. In mid-February, NFT Marketplace Cent shut down most of its sales because people were selling fake NFTs, making NFTs of content they did not own, and even selling NFTs in security-like bundles. Sellers compiled products of dubious value into bundles, without accurate risk ratings, and peddled them for inflated prices. That should sound familiar because it was effectively (on a far larger, more complex scale) what collapsed the mortgage market and the broader economy in 2008. NFTs will probably not lead to wholesale economic collapse. However, as I wrote about, they both reflect and entrench the speculative nature of our modern economy. Like the mortgage market around 2006, NFT speculation has descended into madness—thieves turned fake NFTs developed for a video criticizing NFTs into tokens and sought to pawn them for thousands of dollars. Parody itself morphs into a supposed investment opportunity, totally detached from actual value. This stampede of the absurd has former investment banker-turned NFT investor Colborn Bell fretting about a “cataclysmic market crash” as the idea of making everything into a digital token “gets very dangerous and is akin to a financial bubble.” NFTs represent a speculative roller coaster, but “Community … aspires towards stability” as Wendell Berry writes in “Economy and Pleasure.”

All this inclines me to disagree with the applicability of Russo’s central conviction. I believe we can commend a trend’s praiseworthy examples without concluding that the whole phenomenon can realistically ever reflect its best example. Take Instagram, for instance. Many people do immense good with the platform. Nonprofits around the world utilize Instagram’s open platform to raise awareness and money and in turn demonstrate their efficacy. Just a few months ago, 26,000 Facebook and Instagram users raised nearly $900,000 in honor of Betty White for animal shelters and rescues. As laudable as these efforts are, they do not define the platform’s overall effects. Instead, problems may inhabit the deepest reaches of a platform (or market, in the case of NFTs). By its very design and algorithms, Instagram contributes to body image issues among teenage girls and has been ranked as the worst social media for mental health. Its algorithms not only highlight positive nonprofit posts but also served up months of misinformation about the COVID-19 pandemic and the 2020 election. NFTs are similar. Even if, as Russo writes, “the new technology actually opens up new frontiers for local civic engagement” when in the right hands, it’s worth emphasizing the difficulty of “fight[ing] excessive speculation by showing how NFTs can be put to good use.”

I view the NFT economy’s overall (not withstanding individual exceptions) hyper-speculative and scam-filled nature as a substantial roadblock to aligning it with the Great Economy. Franck Bossi, a YouTuber behind the channel NFT WatchDog, which seeks to determine the validity of various tokens, claims that “probably 70% of NFT people are out to scam.” The profusion of illegitimate sellers obscures the good work done by real artists. Affirming morally just and beneficial uses of NFTs improves the field to some extent. But how do we control such a decentralized, anonymous trend? Against this backdrop, how do we work towards a future marketplace filled with more Chris Hythas and with fewer scammers?

Maybe the White House’s early March executive order proposing a whole-of-government strategy for digital assets is a start. The executive order recognizes that cryptocurrency and digital assets may be unstable and that they are often used for illicit purposes. Simultaneously, however, there are reasons for Porchers to be skeptical, namely that this represents yet another executive order from a bloated executive branch and that government officials don’t know enough about the digital economy to get ahead of its trends. Perhaps market participants themselves will wake up. People may come to recognize the overvaluing of random NFTs, reining in current excesses. Recently, an NFT of Twitter founder Jack Dorsey’s first tweet bought for $2.9 million was put on the market and garnered offers of … around $800. Whether this plays out as a gradual realization or an abrupt market shock remains to be seen. Either way, there are no perfect solutions. In the meantime, it does make sense to keep showcasing those who do good with these digital assets and to imagine whether these technologies might foster genuine, decentralized community goods.

Nonetheless, speculation, instability, and outright fraud make it challenging to tame the NFT market and direct it towards virtuous ends. As David Bosworth writes in the final chapter of his book The Demise of Virtue in Virtual America: The Moral Origins of the Great Recession, “our fate as a nation will only change for the better if our character evolves in ways that can successfully civilize our now crudely applied technological advances.” Chris Hytha is a laudable example of somebody civilizing our approach to digital assets, and I fully support him. I’m glad to see fellow Philly Porchers Anthony Hennen and Nick Russo elevate Hytha’s work, but I don’t see any way to align the Wild West NFT economy with Wendell Berry’s “Great Economy.”

Boredom and the “App” for Self-Control