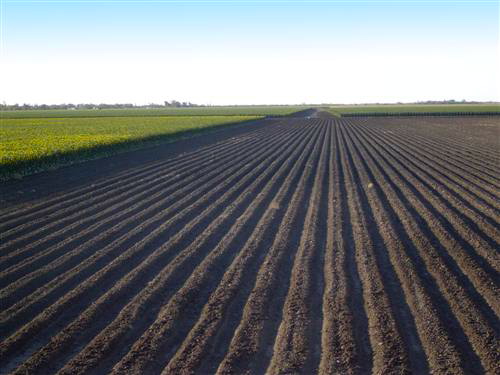 “Hontar:  We must work in the world, your eminence. The world is thus.

Altamirano: No, Señor Hontar. Thus have we made the world. Thus have I made it.”

Cincinnati, OH. I’m not convinced the Internet has irreparably damaged civil discourse, but I’m sure it hasn’t helped. Ad hominem savagery, the Kudzu of blog comboxes, thrives in disembodied ecosystems, and what climate could be more congenial for flaming than the blogosphere’s steamy gnostic bayous?  Most of us, I hope, still quail at saying face-to-face the same harsh words typed gleefully at a keyboard, but even the best of habits can be unlearned with practice.
That’s why, in those rare, often ill-advised, moments I comment on blog posts (at sites other the FPR, of course), I’m pleasantly surprised by someone who retains, at long last, a sense of decency.

Some months ago, after once more breaking my promise never to wade into the combox swamp again, I entered a surprisingly civil online exchange about Wendell Berry and contemporary agrarianism.  The writer of the original blog post (a friend of mine) quietly stepped back and let the two commenters go at it.  There was a great deal of talking past one another, but the tone remained respectful, and for that I’m grateful.  It was refreshing to agree on next to nothing without descending to name-calling and invective.

To the extent I recall details of the conversation, my well-mannered sparring partner had two main arguments.  First, he insisted, relocalization of food production would require forced depopulation of cities. Second, corporate agriculture is necessary for the US to continue “feeding the world.”
For this post, I’ll dispense with the latter objection first, as I consider it a distraction.  A significant part of my work is in global child health, and on my frequent medical trips to Honduras, I fly into San Pedro Sula, the business and HIV capital of that part of Central America.  The valley in which San Pedro sits accounts for much of the country’s arable land (more than ninety percent of Honduran territory is considered substandard for farming).

On my way south to the Salvadoran Frontera, I pass huge, level plantings of sugar cane and bananas, largely corporate-owned and all destined for export.  The campesinos where I’m headed farm sides of mountains, scraping a living from thin, unterraced soil.  The primary obstacle to feeding the world is not absolute undersupply, but maldistribution fostered and sustained by poor and/or corrupt governance, ruinous IMF policies and absentee corporate profit.

American grain is sometimes, though rarely, a global lifesaver.  Even then, the underlying problem is often not how much food, but where it is.  The most recent Ethopian famine (A politically-created crisis in a country normally able to feed more than ninety percent of its people from domestic production.) included bizarre scenes of emergency convoys of trucks bearing US-grown grain past warehouses full of rotting, locally-grown food.

I don’t think I can put it better than Gene Logsdon, who dissects the “feeding the world” canard as “a euphemism for ‘Push American grain overseas and keep grain cheap here so the American consumer can afford to buy more cars, television sets, houses and ten trillion gadgets.’”

It was the first objection – the one about forced depopulation – that bothered me more, not because I found it persuasive, but because it got so much about agrarianism precisely wrong.   I answered my well-manned sparring partner that the Wendell Berry I’ve come to know through books and in person is not a Kentucky Maoist planning resettlement camps for the urban bourgeoisie. That elicited a good-natured chuckle, but our misunderstanding persisted.  As far as I can tell, our failure to agree on how to proceed arose from a more fundamental disagreement about things as they are.   For him, corporate monoculture is a given, the world as it is. I, however, understand it as an aberration, the product of fifty years of misguided policy and worse practice.

Yet –and there’s the rub – that half century of progressives and planners instructing, encouraging and forcing farmers to “get big or get out,” resulted in a food supply that is superficially desirable: cheap, if not economical in a broader sense; plentiful, if unsustainable; and unencumbered, as long as I value consumer choice over other, more tangible, goods.

In a world stripped of context – which is no world at all, but an economist’s Cartesian plane – it’s the exchange resulting from desire and its satisfaction that matters.  Please understand me: I’m with Augustine on the importance of desire. The hard part, one that takes a lifetime – if not longer – of discipline, is placing desire in context, what Augustine called the Ordo Amoris, “the order of our loves.”

The fifty year farm bill advocated by, among others, Wendell Berry and Wes Jackson , is an attempt to reclaim context for North American agriculture.   There’s no more tangible context than land, the soil in which our food is grown. “For 50 or 60 years,” Berry and Jackson write, “we have let ourselves believe that as long as we have money we will have food. That is a mistake. If we continue our offenses against the land and the labor by which we are fed, the food supply will decline, and we will have a problem far more complex than the failure of our paper economy.”

Remediating our offenses against the land may indeed be a revolutionary idea, but it hardly suggests an overall-clad proletarian vanguard waving copies of The Unsettling of America while cheering the removal of hapless urbanites to the Appalachian hills.   It reads to me more as a thoughtful call to the reordering of our loves, turning both V. I. Lenin and Earl Butts on their heads by asking “What is to be Undone?” while inviting the small farm out of economic exile and back into the conversation.

I have no illusions that such undoing will come – if it comes at all – without significant costs, more than just foregoing raspberries in winter.  It took fifty years to lay waste the family farm; it will take at least as many years of hard work for any new family farm network to re-emerge.  Implicit in that sentence is an awareness there’s no going back to what once was.  Old practices and habits may – make that must – be recovered, but recovery will happen in new contexts, take unprecedented forms.

I once heard Jeremy Beer (at least I think it was Jeremy) read a version of his essay, “Wendell Berry and the Traditionalist Critique of Meritocracy,” during a panel presentation before a small audience.  During the subsequent question period, a woman said she liked some of Berry’s ideas but was appalled that he advocated a return to times and conditions of gross gender inequality, a reinstatement of oppressive patriarchy.  Beer and his fellow panelists asked, without success, for her to cite some source for her accusation.  I, at least, find no such statement in either Beer’s or Berry’s work.

It was another moment of talking past one another.  More importantly, I think, it was a failure of imagination on her part, an inability to see that recovery of traditional wisdom needn’t recapitulate old injustices.  Reclaiming the baby ought not require drinking the bathwater.  I’ve made similar errors myself, either by romanticizing tradition or rejecting it too broadly.  The past may be another country – don’t ask me to live there, please – but its inhabitants are at least as complex and contradictory as you and I.  What lessons they may teach deserve careful reception and thoughtful application.

The difficulty of re-envisioning the context and practices of one’s life through the lens of traditional wisdom reminds me of news industry comments in the aftermath of the Nickle Mines shootings, when Amish villagers visited and comforted the widow and parents of the man who executed their daughters in a one room schoolhouse.  Expressions of admiration and amazement from reporters and columnists were common. “Such forgiveness” they cried, without once exploring how the traditioned limits and habits of the Amish make forgiveness possible.

It takes far longer than a lifetime for a community to learn ways of transforming suffering without transmitting it.  While the talking heads played up the human interest story, they showed no interest in the sustained and costly human effort behind it.  Indeed, for most of us living in the world as we have made it, “such forgiveness,” is inconceivable; it would mean giving up too much.

Anything worthy of cultivation demands effort and renunciation, and the worthiest things are the costliest.  John Lennon to the contrary, peace, like forgiveness, requires much more than a chance. (Whatever his talents as a musician, Lennon’s “peacemaking,” such as his in-bed photo ops with Yoko Ono, consisted largely of exercises, no doubt well-intended, in sentimentality: safe, tarted-up lies standing in, however inadequately, for genuine experience.)  Communities cultivate peace and forgiveness through sustained effort across generations, through habits of the heart that proclaim, “this we esteem highly; we shall not do it’s opposite.”

Making peace with the earth, with the land and water from which we draw life, will likewise require the habits of generations if it is happen at all. Modernity’s relationship with the earth has not resembled an encounter between enemies so much as that of abuser and abused.  Abusive relationships rarely heal in a single generation.  Even among us, the abusers, such healing demands tangible restitution, face-to-face encounters, lives spent in actual neighborhoods, and more than a few arguments.  (The irony that I’m writing this for the disembodied wonderland of the Internet is not lost on me.)

It’s work worth doing. I know I can’t do it alone. I have my shovel ready.  Just tell me where to start digging.