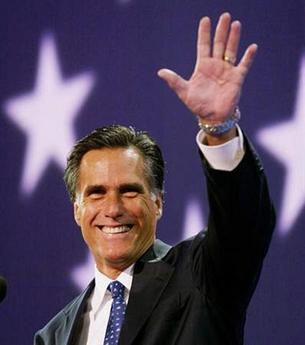 These remarks were delivered before the Notre Dame College Republicans at a panel devoted to discussing the future of the Republican Party.

As an independent, I am not especially interested in the fortunes of either party.

I am interested in seeing an authentic conservatism have a place in our politics.  Otherwise, liberalism in various guises dominates.

I don’t view liberalism as inherently evil.  It’s liberals rather than conservatives who have advanced the cause of racial and gender equality – a genuine accomplishment. When it comes to social justice, again, it’s liberals not conservatives who have made a difference. That said, liberalism needs a counterweight.  Its excesses need to be checked.

What passes for conservatism these days in mainstream American politics is not authentic.  When it comes to essentials, it’s not actually all that much different from or better than what passes for liberalism.

First, in the realm of political economy, Republicans favor small government and unbridled capitalism, looking to the market to solve our domestic problems.

Second, in the realm of foreign policy, Republicans favor big government and unbridled activism, looking to the military to prolong the American Century.

Third, in the realm of culture, Republicans have spoken in defense of so-called traditional values, making much of their putative opposition to abortion and the defense of traditional marriage.

Republicans have made the first two themes the actual basis for policy.  On the third theme, they have offered little more than symbolism and sanctimonious posturing.  So the real guts of GOP conservatism in recent decades have focused on unleashing the market and the military – less state regulation of the economy, more state resources funneled to the Pentagon.

I submit that neither of these qualifies as a genuinely conservative position.  To the extent that I have accurately characterized the Romney campaign’s position, I am glad Romney lost.

The market does not conserve.  Capitalism is good for one thing:  creating wealth.  As an arena in which the pursuit of profit takes precedence over all other considerations, the market destroys much of what conservatives should value.

Except when used prudently to defend what is truly dear to us, the military does not conserve.  It consumes and wastes.

Since the end of the Cold War and especially since 9/11, Republicans and Democrats have collaborated in concealing and ignoring just how much has been wasted through needless and poorly managed wars.  The immediate result has been to victimize the very soldiers whom Americans claim to love and support.

I’m not a politician and have no desire to involve myself in politics in any way.

That said, my own view is that salvation for the Republican party lies in becoming serious about that third theme rather than merely giving it lip service.

If the Republican Party wishes to represent a conservative perspective, it should advance a serious critique of American culture and then derive authentically conservative economic and foreign policies from that critique.

First, conservatives should claim the environmental movement as their own.  Preserving the natural world should be a cause that all conservatives embrace with gusto.  And, yes, that includes the issue of climate change.

Second, conservatives should lead the way in protecting the family from the hostile assault mounted by modernity.  The principal threat to the family is not gay marriage.  The principal threats are illegitimacy, divorce, and absent fathers.  Making matters worse still is a consumer culture that destroys intimate relationships, persuading children that acquiring stuff holds the key to happiness and persuading parents that their job is to give children what the market has persuaded them to want.

Third, when it comes to economics, conservatives should lead the fight against the grotesque inequality that has become such a hallmark of present-day America.

Call me old fashioned, but I believe that having a parent at home holds one of the keys to nurturing young children and creating strong families.  That becomes exceedingly difficult in an economy where both parents must work just to make ends meet.

Flattening the distribution of wealth and ensuring the widest possible the ownership of property can give more parents the choice of raising their own youngsters rather than farming the kids out to care providers.  If you hear hints of the old Catholic notion of distributism there, you are correct.

Finally, when it comes to foreign and national security policies, conservatives should be in the forefront of those who advocate realism and modesty.  Conservatives should abhor the claims of American dominion that have become such a staple of our politics.  Saving humanity is God’s business, not America’s.

Sure, we need a strong military.  But its purpose should be to defend the country, not to run the world.  And anytime Washington decides it needs to fight a war, then popular support should going beyond cheering.  That means higher taxes to pay for the war and an army drawn from all parts of American society – to include Domers – to fight it.

Andrew Bacevich is Professor of International Relations and History at Boston University.