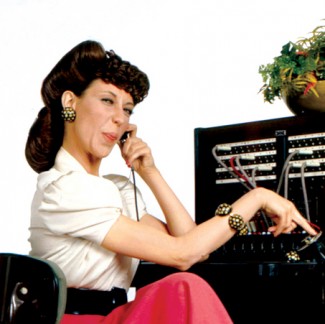 Hillsdale, Michigan.   Patrick Deneen posted a vigorous rejoinder to pro-free market critics of Pope Francis’ apostolic exhortation, Evangelii Gaudium. Deneen’s takedown of Rush Limbaugh got me thinking less about the substance of the pope’s thoughts than about the form – an apostolic exhortation. Did average liberal arts college graduates not in fellowship with the Bishop of Rome, or PhDs in the social sciences and the humanities for that matter, ever think they would know the difference between an apostolic exhortation and an encyclical? And yet, only nine months into Francis’ pontificate, more Americans seem to know more about the genres of papal communication than the differences between the Federalists and Anti-Federalists.

This awareness of papal pronouncements and the seemingly endless attention they receive, both from critics and those who explain what Francis really meant, is well nigh remarkable. One reason is the apparently common perception among some Roman Catholic thinkers that anti-Catholicism is the last legitimate prejudice in the United States. In the pages of First Things, Dana Gioia recently lamented that “despite a public culture committed to diversity and tolerance, anti-Catholicism has grown measurably worse among academics and intellectuals over the past decade.” Whether this is accurate, I wonder if Gioia has felt the pain of Reformed Protestants like myself whom journalists and pundits don’t even notice. Deneen himself employs a similar trope to Gioia’s anti-Catholicism when he writes about the way that Lockean liberalism domesticated Roman Catholics in the United States. “Lockean America tamed Catholicism not by oppression (as Locke thought would be necessary), but by dividing and conquering — permitting and even encouraging promotion of its sexual teachings, albeit shorn of its broader social teachings.”

Both Gioia and Deneen do not reckon with the way that the Roman Catholic hierarchy aided and abetted this very domestication. Gioia’s piece is about the decline of Roman Catholic novelists and poets and he calls for a return to the ghetto ethos that produced the likes of Flannery O’Connor, Katherine Anne Porter, Walker Percy, J. F. Powers. Gioia’s link between a Roman Catholic sub-culture and self-conscious Roman Catholic creativity calls attention to the way that the suburbanization of Roman Catholic life after World War II generated circumstances that enabled lay Roman Catholics to have the kind of public presence in speaking for Roman Catholicism that would have been unimaginable when the Roman Catholic faithful simply paid, prayed, and obeyed. As Patrick Allitt observes in his study, Catholic Intellectuals and Conservative Politics, in the 1950s, “the American hierarchy had been docile toward directives from Rome” while Cardinal Spellman “worked hand-in-glove with Pope Pius XII.” But by the 1980s after Vatican II, “members of the hierarchy in the United States, as well as priests and laypeople, had a confident sense of their position and did not always take kindly to papal effort to restore unity under John Paul II.” The irony that Allitt observes is noteworthy: Roman Catholics who were politically conservative “lauded the new pope without always obeying him; liberal and radical Catholics, without always disobeying him, often expressed dismay.”

In other words, when lay Roman Catholics, like Gioia and Deneen, achieved a status through education and income that surpassed not only the local priest but also the residing bishop, it became impossible – to borrow Deneen’s phrase – to shut lay Roman Catholics up. First came the National Review crowd led by William F. Buckley, Jr., which in turn launched opportunities for a host of lay Roman Catholic academics and authors to speak for and define Roman Catholicism in ways that would have made Archbishop Fulton Sheen jealous.

How the papacy or the bishops could have stopped the embourgeoisement of U.S. Roman Catholicism is a predicament that arguably only the Holy Ghost could solve. To be sure, one way of reading the church’s social teaching is to see it as a rebuke to the kind of market forces that have allowed Roman Catholics to leave the close knit neighborhoods described in Alan Ehrenhalt’s Lost City for the anonymous existence of places like Levittown (where I grew up and barely kept my heart, soul, and mind; some readers may wonder if I truly kept them). If Roman Catholics heed Pope Francis and take better care of the poor, maybe they will have to give up their mortgages and car payments and return to the three-story walk ups they used to inhabit with grandparents and sometimes a stray aunt and weird cousins.

But that doesn’t seem to be Francis’ point. Lots of critics of capitalism and suburbia fault its obvious materialism – if not hedonism – and monotony. Few seem to be willing, however, to give up their own affluent existence and recreate the kind of communities that gave ethno-religious identity to the ghettos and neighborhoods that produced the writers for whom Gioia longs. Is Francis advocating a recovery of the Roman Catholic working class neighborhoods in Ireland and North America? If he is, won’t that cut into the budgets of Roman Catholic charities, not to mention the fund raising efforts of Roman Catholic universities, magazines, and presses? Maybe charitable giving is not a zero sum game. That is, at least, what the prosperity gospel preachers among Protestants tell us. “If you give, God will give you even MORE!” But it seems obvious to someone like me (without a lick of training in economics) that the Roman Catholic attorney, father of two, living in Montgomery County, Pennsylvania, has more disposable income than the Italian-American father of six who lived in South Philly and had to take extra shifts at the docks to pay for his kids’ parochial education. Suburbanization is a blessing and a curse. It means more money for church causes and less religious self-consciousness – more tax deductions, fewer poets.

This is how Charles Morris described the effects of socio-economic trends that not only made magazines like First Things possible, but also nurtured an audience:

By the late 1950s, the social assimilation that Bernard McQuaid had warned so eloquently against was finally happening. Emancipated Catholics chuckled at, were embarrassed by, or openly ridiculed the largely Irish Catholic folkways that still permeated their Church. . . . Upward mobile parent did not scruple to choose a public school for their kids if it seemed educationally superior. Bright college-bound Catholics could figure out that Fordham or Boston College did not open the same doors as Harvard.

Consequently, while some say we need to pay heed to Francis’ contribution to the ongoing social teaching of the church, many seem to be remarkably indifferent to the impertinence of ordinary (or not so ordinary thanks to the world of in-print and on-line publishing) Christians coming to the aid of a bishop with universal jurisdication and divine charism. When Roman Catholics did pay, pray, and obey, they did not need to tell others to listen to the pope. When he spoke, the laity, priests, religious, and bishops listened. Today, ironically fewer of the faithful listen – the left doesn’t seem to listen to the church’s sexual ethic and the right doesn’t pay heed to the church’s social teaching – while everyone outside the church listens (even if they don’t obey or pay). Indeed, the irony of the post-Vatican II papacy is that a the loss of the Vatican’s authority has never been more apparent. Many well-educated, affluent, and articulate adherents of Roman Catholicism are speaking about the tradition’s meaning in ways that force Pope Francis into the unlikely position of sharing the spotlight. Instead of the pope shutting up, maybe everyone else should.

Self-Government Starts at the Front Porch