Front Porch Republic
Home Articles How To Talk About Race 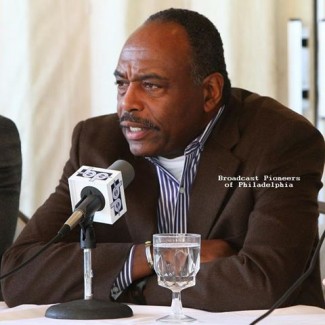 Hillsdale, Michigan. After the George Zimmerman verdict, President Obama talked about the need for a conversation on race in the United States. He also made the sensible observation that such a conversation shouldn’t be facilitated by government:

I haven’t seen that be particularly productive when politicians try to organize conversations. They end up being stilted and politicized, and folks are locked into the positions they already have. On the other hand, in families and churches and workplaces, there’s the possibility that people are a little bit more honest, and at least you ask yourself your own questions about, am I wringing as much bias out of myself as I can? Am I judging people as much as I can, based on not the color of their skin, but the content of their character? That would, I think, be an appropriate exercise in the wake of this tragedy.

I am not sure that the Porch is a place to have such a conversation since most of its chair rockers appear to be caucasian (don’t let my Gravatar image fool you). Mind you, I am not sure the climate in U.S. society will actually allow a meaningful discussion in public. The reason is that racism (despite the very shaky notion of race and its roots in some fairly shady aspects of Darwinian science) is one of the few sins for which citizens cannot receive forgiveness. Just ask Paula Dean. The other sin is the kind that Joe Paterno committed. The result is an environment that resembles one in which I have sometimes found myself with the missus — not knowing what I did wrong but not being able to discuss the matter until I discovered and confessed my crime.

I don’t mean this analogy to make light of race relations in the U.S. (nor of marriage if any of the sensitive family values crowd is reading). The treatment of persons of African descent (especially slaves) throughout U.S. history has been awful and current conditions for a large majority of African-Americans are not healthy. One of the difficulties in talking about race in the United States (and I am having to watch carefully what I write) is whether listeners will permit comparisons of the situation of blacks in the United States to other instance of prejudice — Jews in Europe, Roman Catholics in Northern Ireland, Irish-Roman Catholics in the United States. By what measure do you compare? If you compare, do you lessen the guilt or outrage? But if you don’t compare, do you represent accurately the circumstances confronting both whites and African-Americans living together (even if still segregated informally)? And if you don’t compare, can you fairly liken Trayvon Martin’s death to a lynching?

One useful point that William Saletan (via Rod Dreher) recently made about the Zimmerman case was that many commentators were transfixed on race and had missed the oversimplification of the entire affair:

They’re oversimplifying a tragedy that was caused by oversimplification. … [The killing] happened because two people — their minds clouded by stereotypes that went well beyond race — assumed the worst about one another and acted in haste. If you want to prevent the next Trayvon Martin tragedy, learn from their mistakes. Don’t paint the world in black and white. Don’t declare the whole justice system racist, or blame every gun death on guns, or confuse acquittal with vindication. And the next time you see somebody who looks like a punk or a pervert, hold your fire.

By the way, George Zimmerman’s ethnic heritage did not seem to count despite the favorable outcome for him in a justice system that has not been coherent on what to do with immigrants from the south of Texas.

Perhaps the conversation can happen if we listen to sports-talk radio. Seriously. Since I have written here before about the moral bankruptcy that afflicts any sports talk show that used to compete with Howard Stern, fairness requires that I also note when the hosts succeed.

A little back story, for those who are truly localists and don’t follow national or professional sports stories. (I hear Alex Rodriguez has been in a little trouble with Major League Baseball.) The Philadelphia Eagles’ wide receiver, Riley Cooper, was recorded yelling racial epithets at a concert sometime last year. He has apologized. But people wonder about his sincerity. Others wonder about the chemistry of a team on which the majority of players are African-American. Some say that if you use such language, even if drunk, you are revealing what is truly in your heart (as if the actual apology is not true). Last Friday on the show I love to hate, Angelo Cataldi interviewed Beasley Reece, a former defensive back for the New York Football Giants (for the history challenged, we used to have a New York Baseball Giants), and now the television sports anchor for the Philadelphia CBS affiliate. Reece grew up in Texas, heard epithets shouted at him, and lived to tell about it. More important, he seemed to learn to forgive.