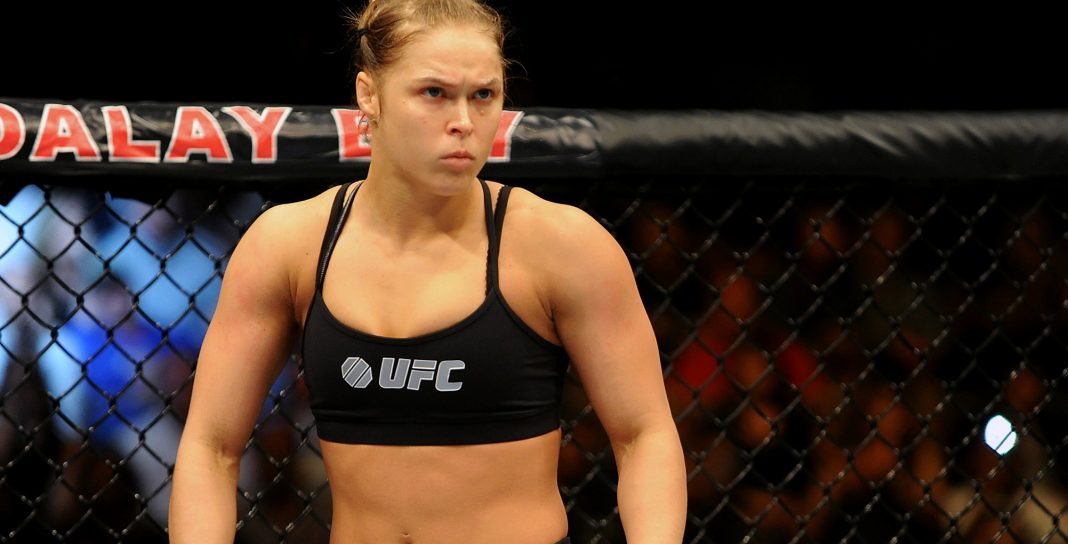 Hidden Springs Lane. Two of the biggest sports-related stories of this year include the dominance of UFC fighter Ronda Rousey and the introduction of Caitlyn Jenner to a world that knew him once as Bruce.

Rousey has managed to combine the ferocity of UFC with a camera friendly femininity that has captured the attention of far audiences beyond the world of mixed martial arts. But although she sparkles on the red carpet she is all business in the ring. Her August 1 fight lasted 34 seconds, and that was longer than many. In fact her dominance in the ring has been compared with Mike Tyson in his heyday. Consider this: Rousy is 12-0 in her career. 11 of those fights ended in the first round. In July of 2014 she knocked out a top contender, Alexis Davis, in 16 seconds, and in February of this year, she beat Cat Zingano by submission in 14 seconds.

She is so dominant that some MMA enthusiasts have begun to wonder how she would fair against a male opponent. Could she hold her own in a ring with a guy? Could she win? Inquiring minds want to know. For her part, Rousey has no interest in such a contest.

Men and women are different. This physical difference gives birth to social norms that, according to Rousey, are not to be ignored: “there’s no setting in which we should condone a man hitting a woman.” Not in the ring, not in the home, not anywhere.

This is not to say that Rousey thinks she couldn’t win. Fighting is unpredictable, to say the least, and in the ring anything could happen and she knows it. However, the inherent physical inequalities are real. When a talk show host pressed the issue and asserted that a Roussey victory over a man would be a victory for women in general, Roussey didn’t bite:

“Me fighting a man will change the perception of a woman being an inferior creature?’ Rousey said. ‘Is that what you’re saying? I really don’t think that’s necessary.”

Few would argue that she’s an inferior creature. Especially to her face. There is, however, another layer to this story.

Fallon Fox is a 38 transgendered fighter who once served in the Navy. As a man. Now (s)he fights as a woman and she wants a piece of Ronda Rousey. So far Rousey has declined, and her reasons mirror those she used in refusing to fight a man; albeit they are a bit more colorfully expressed:

“She can try hormones, chop her pecker off, but it’s still the same bone structure a man has,” Rousey said. “It’s an advantage. I don’t think it’s fair.”

In other words, biology matters. A man does not become a woman simply by choosing to do so.

Which brings us to Caitlyn Jenner, winner of ESPN’s prestigious Arthur Ashe Award for Courage earlier this year. Jenner once graced the Wheaties box and was celebrated as “the world’s greatest athlete” when he won Olympic gold in the decathlon in 1976. But as everyone now knows, Bruce has “transitioned” to Caitlyn and he—now she—“identifies” as a woman rather than a man.

We have been inundated with stories of Jenner’s “courageous” move to become her true self, one that, we are told, has always been hidden deep inside, suppressed by social conventions that intimidate the free expression of the true person. There is tremendous pressure on the skeptic to celebrate the authentic identity that has finally emerged. However, even Jenner’s step-children—the Kardashian clan—seem less than convinced. Khloe even seems a bit wistful:

“We don’t like to say that Bruce is gone, per se. We, my sisters and I, we will call Caitlyn ‘Bruce,’ and we’ve been told that’s completely fine.”

For her part, Kim, just doesn’t buy Jenner’s attempt to sound like a woman.

Ronda Rousey and most of the rest of us know something that once seemed obvious to all: Hormone therapy, plastic surgery, new wardrobe, new mannerisms—these are all superficial. There are limits to what our wills can impose upon the structure of nature. We can seek to conform our will to the given limits of biology or we can attempt to assert our will in the face of obvious facts. That our society seems so anxious to celebrate and normalize what is so clearly a sad and painful life says far more about the unmoored state of our thinking than it does about Jenner’s attempt to find happiness on his own terms.