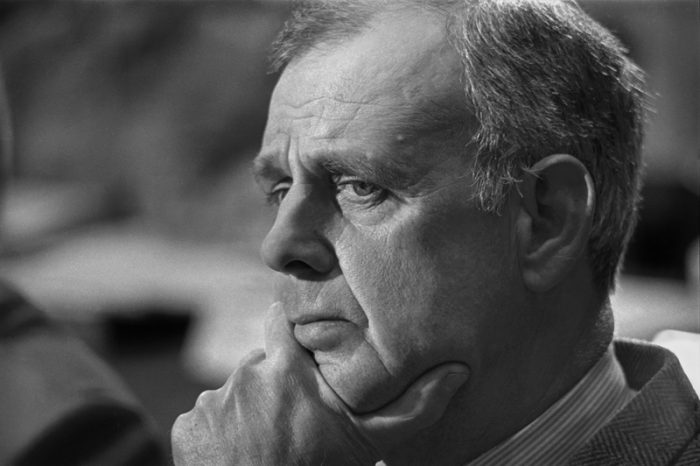 Below is the text of a review for Orthodox Presbyterians — of all people — of Jack Baker and Jeff Bilbro’s new book on Wendell Berry (some words have been altered to protect non-Calvinists):

The question to which I kept returning while absorbing this book was— “can you put lightning in a bottle”? Wendell Berry, a poet, writer, cultural critic, farmer, and leading contemporary voice for agrarianism (a defense of farming that includes a critique of industrialism), is the lightning. As mild-mannered a person as he is in real life, and as soothing as his poetry and fiction can be about the ways of nature and the virtuous people who work the land, Berry also has a radical side (at least for a society that takes its cues from the rhythms of big corporations and cities). Berry has at times left the farm to protest American society and as early as 1968 protested US policies with this remark about the Vietnam War:

We seek to preserve peace by fighting a war, or to advance freedom by subsidizing dictatorships, or to “win the hearts and minds of the people” by poisoning their crops and burning their villages and confining them in concentration camps; we seek to uphold the “truth” of our cause with lies, or to answer conscientious dissent with threats and slurs and intimidations. … I have come to the realization that I can no longer imagine a war that I would believe to be either useful or necessary. … I would be against any war.[1]

The authors responsible for trying to tame Berry are both professors of English at Spring Arbor University in Michigan. To notice that their own prose does not achieve the vigor or elegance of Berry’s is not necessarily a major fault since very few writers—let alone academics—can match Berry’s gifts as a writer. Still, the problem of taking the sting out of the jolt that usually comes from reading Berry is doubly pronounced in this book since the authors try to imagine what higher education might be if its procedures, aims, and ethos conformed in any sense to Berry’s ideas. This is where the opposition between Berry’s radicalism and higher education’s unreflective attachment to wealth, status, convenience, and nationalism is most evident. Is it really possible to take a set of institutions and a culture of professionalism and turn it in the direction of limits, place, and reduced expectations? To try to apply Berry’s brief for small-scale farms to a system that ranks Harvard and Yale as models of educational and organizational achievement appears almost as impossible as propelling an aircraft carrier by sails.

Baker and Bilbro are not naive about the herculean nature of their task. For instance, in his 2004 novel, Hannah Coulter, a story about an older farming widow who reflects on the changes in her community since the 1930s (the authors use Berry’s novels throughout to frame their critique of and proposals for higher education), Hannah laments the affects of universities on her children. “After each one of our children went away to the university,” she recalls, “there always came a time when we would feel the distance opening to them, pulling them away. It was like sitting snug in the house, and a door is opened somewhere, and suddenly you feel a draft” (2). In other words, universities and colleges thrive on Americans’ ambition for getting ahead and for social mobility. These institutions do not educate students in a manner that encourages them to appreciate families and home or that rewards them for returning to the communities that shaped them. Rather, American higher education becomes a vehicle for escaping the constraints of local life and for acquiring skills that will reward students with a “better” way of life—one with greater wealth and convenience, and that is less limited by the demands of work that is necessary (production of food, maintenance of land and structures, elimination of waste). The tension between agrarianism and the ideals of contemporary higher education are downright enormous. At one point, Baker and Bilbro concede that the modern university may be beyond “hope of recovery” (17).

But they plow ahead. In the first part of the book, they make a case for each educational institution to become more aware of its own physical place—economic, political, historical. Paying attention to language and physical work are ways that professors can encourage students to heed their own institution’s surroundings (as well as the places from which they come). In the second part of the book, Baker and Bilbro reflect on ways in which colleges and universities can offer instruction that cultivates fidelity, love, gratitude, and memory—virtues the authors believe are crucial to making students aware of the importance of place and how to live in a manner that thrives less on ambition and more on becoming a member of a (preferably rooted) community. What their appropriation of Berry adds up to is a proposal that shifts the aim of education from “upward and lateral mobility, regardless of the costs to our ecosystem, communities, and souls” to one that instructs students through stories “about rooted, contented lives; about the grateful, loving pursuit of wisdom, about people who sacrificed their private ambitions to serve the health of their local places” (191). Some of the practical proposals include memorizing poems, observing the Sabbath (Berry wrote almost a half dozen collections of Sabbath poems), and working on school-sponsored farms or gardens while studying. Between studies in the classroom and work alongside study, Baker and Bilbro encourage readers to think of alternatives to the standard way we esteem higher education, careers, and success.

Whatever this book may mean for professors and students, its arguments are ones that Christians should appreciate. If parents and church leaders want kids to grow up in the faith and stay in the church as adults, will this be achieved by sending kids off to the best university or college to acquire skills for a successful career? Will it result in a next generation that belongs to the communion in which they were reared and is willing to serve in some capacity in a local congregation? Ideally our churches are already instilling an understanding of the faith and attachment to the church that will affect our youths’ decisions about education and their ideas about success. But having a reminder about the dangers higher education poses to the pattern of handing on the faith from generation to generation is a worthwhile aid in the very challenging work of rearing the next generation of believers. Readers of this book who have not read Berry will ultimately need to consult the original source. But in the meantime, Baker and Bilbro do admirable (if not always zesty) work of applying Berry to the Leviathan of higher education.