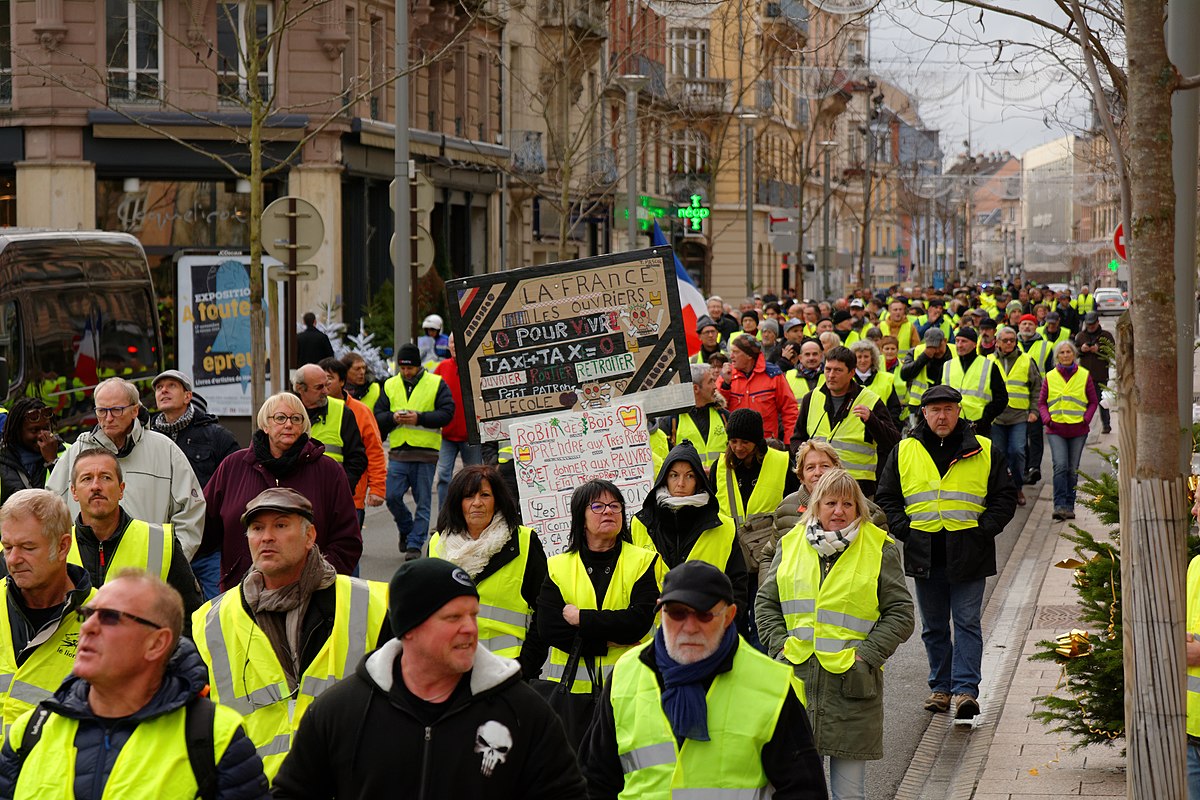 When asked to share my thoughts on the recent yellow vests protests, I initially demurred, stating that is was simply another case of the French being the French (about benefits) (about airbnb and/or uber) (about strikes in general).  The French also lack the resolve and ability to fix problems, as seen by the “we are not afraid” and “Je suis Charlie” sentiments now long since forgotten (thankfully).  But as I thought more on the matter, I realized that the Yellow Vests are simply a remake of an American film we’ve already seen (and forgotten): Occupy Wall Street.

What Happened to Occupy?

In September 2011, a number of protesters moved into Zuccotti Park, in the Wall Street financial district.  The complaints were vague: social and economic inequality, corruption, and the collusion of government and corporations in policy that disproportionately benefitted the few.  The slogan of Occupy that we often saw was “We are the 99%.”  It was a big splash…for a while.  Two months later, the protestors were forced out of Zuccotti Park, and the world moved on to the latest celebrity scandal and right/left political story.

Even at its peak Zuccotti Park was only home to about 200 “Occupiers” and yet worldwide media attention was lavished on them.  Why?  It was a slow news period.  Which is one of the reasons the Yellow Vests gained traction in recent weeks.

Does anyone believe that Americans would care about the French burning their own cities if there was a Supreme Court nomination battle happening? Or that Europeans would care about the French being themselves if Macron’s u-turns on the fuel tax didn’t have a direct impact on budget policy for the EU?  Riots make for great television/YouTube content, so what was concentrated in Paris, and even then, in just a couple neighborhoods, was made to seem like a war in the streets that had the ability to topple Macron’s government.  Even abroad I sensed this, and my return home last week has not convinced me otherwise, though on a short visit to Italy I was amused to see some of the rental car workers in Turin wearing freshly store-bought yellow vests (the vests still had the creases from being folded up inside a bag).  It’s not usual for the Italians to take their fashion cues from the French, but when you’re bored and want to feel trendy, maybe that is what you do.

Why Did Yellow Vests Gain Traction?

Perhaps the year was too quiet. We didn’t have the terrorist attacks we had in past years here in France, and the general dissatisfaction with Macron failed to hit critical mass via the usual summer strikes that the French public told pollsters they were in “solidarity” with, but in practice virtually ignored. No one cares about your “right to retire” at 55, monsieur. So too, many people worldwide misread the “80% of French agree with the Yellow Vests” polling. It’s very easy for the French to say they are in “solidarité.” Does it mean anything, though? Often, non.

But the problem is that no one wants to tell the French you can’t have your brioche and eat it too. The Yellow Vests are effectively protesting globalism and the EU, both inevitable juggernauts that the protestors were happy to take money from when times were good, but now that the jobs and industries have moved on they have decided to throw their toys out of the pram while forgetting that the prams are now being made in Central and Eastern Europe.

But five consecutive weekends of protesting in cold weather combined with the police throwing their own “me too” blue vest protests have sucked the “resolve” out of the “revolutionaries,” and the media, at first excited about the possibility of a “movement,” have realized that leaderless protests lead to the same inevitable place: nowhere.

Not much. Our Savior’s Birth is this week, and for Christians the Christmas season and the joyous Twelve Days of Christmas lie ahead after the expectant waiting of Advent. For the “winter solstice” types, plenty of shopping and a complete ceasing of celebrating “the holidays” on December 25th. For the Yellow Vests, ahead lies the mountain of trying to convince the French, whose thoughts are with family and the new year, that protests and stupid slogans like “Macron resign” mean anything, in the long run. It’s the Fifth Republic, after all. The French have been marching in the streets since 1789. They are so famous for it you can even watch Hugh Jackman playact it in musical form. They haven’t learned that you can’t just complain and overthrow governments when times are bad. You have to pay attention to when your elected leaders sign you up for supranational organizations (the European Union) and defense treaties (NATO) and trading agreements (WTO). Decisions have consequences.

A French writer was quoted a couple weeks ago as saying that France is a paradise full of people who think they live in hell. It is a relative paradise for many. But for these protesting, whose comrades voted in Trump in America, Salvini in Italy, and nosed Britain out of the EU, the pain is genuine. They feel a squeeze, with no jobs and no future. But there’s nothing to be done in simply protesting, or even as it has been recently suggested, in their fielding candidates for the upcoming EU Parliamentary elections. In elective governments you not only choose the leaders from the society you have, you often get precisely the government you deserve. The French have been demanding more and more benefits with slower and slower economic growth for decades now. The numbers simply don’t add up. Whatever momentum the yellow vests thought they had, it is fading as the new year dawns.

The reason that many of us who aren’t French choose to make our lives here is because the French really know how to live, and live well. Someone–one of their own–has to have the courage to tell them that it’s long since time to pick up the bill for such a life.

John Deere and the Ox-Cart Man

No, I’m Not Charlie Martel, Either