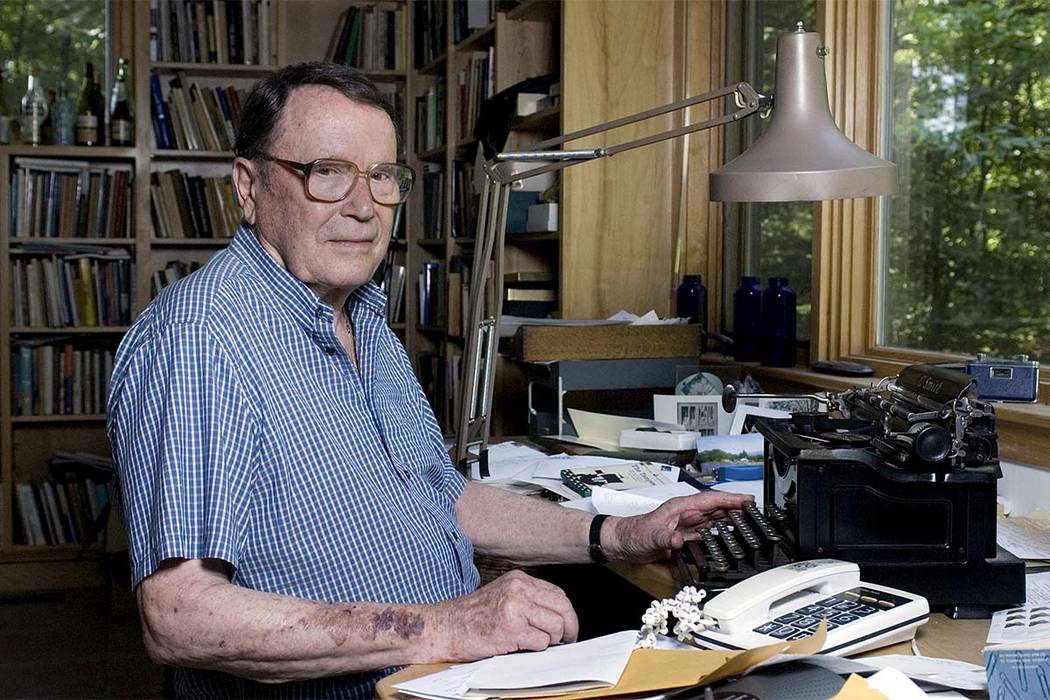 In “Lying,” the late Richard Wilbur diagnoses one of our age’s endemic ills with the paradoxical phrase “fierce velleity.” For those of us who don’t use “velleity” every day, the OED defines it as “a mere wish, desire, or inclination without accompanying action or effort.” Calling such vague inclinations “fierce” seems contradictory, yet Wilbur’s poem suggests that when we grow bored with those things that “are there before us,” we become allies of the Devil himself. Finding our surroundings insufficiently interesting is the first step down a path that leads us to manufacture ever more flashy amusements while destroying the given world. Thus a seemingly benign “boredom,” Wilbur warns, is at the root of a Satanic “self-absorption” that is fiercely destructive.

The poem enters a conversation framed by two contrasting views of poetic language: poet as liar and poet as maker. On the one hand, Socrates labels poets as frauds and so evicts them from his ideal republic. Socrates denies that a poet is “a creator and maker”; rather, the poet merely imitates material objects which are themselves imitations of the ideal, god-made forms. Socrates goes on to declare that “all poetical imitations are ruinous to the understanding of the hearers.” This is because poetry “feeds and waters the passions instead of drying them up; she lets them rule, although they ought to be controlled, if mankind are ever to increase in happiness and virtue.”

Socrates’ view of poetry as lying stands in contradistinction to the Greek word for poet, which denotes a “maker.” And Wilbur speaks in defense of poetry as a made thing, writing that the act of likening one thing to another is “closer to making than the deftest fraud.” This view of poetry, of course, recalls the Genesis account where God speaks creation into being; as poetry is a making, the original making is a kind of poetry.

Furthermore, in response to Socrates’ worry that poetry inflames our passions, Wilbur suggests that the problem is not that our passions are too florid, but that they are desiccated. We do not love the world enough, and so we grow bored with it. As Jayber Crow realizes, John 3:16 is first of all a proclamation of God’s love for the world. Thus the title of another Wilbur poem: “Love Calls Us to the Things of this World.” Love for the given world—a love that can be fed and watered by well-built poetry—“shame[s] the Devil.” Of course some kinds of poetry do feed unhealthy passions. But Wilbur rejected the confessional mode employed by many of his peers; his poems are not spill-my-guts spectacles inviting voyeuristic amusement. Rather, his poetic making seeks to direct and discipline our passions, to rightly order our affections so that we can participate in the Creator’s love for the things of this world.

Wilbur’s “Lying” opens with a description of a “dead party” where “you” (Wilbur’s use of the second person fingers his reader as the culprit) tell a small, social falsehood to preserve “your reputation for saying things of interest.” Such a fib may not break “the delicate web of human trust,” but it betrays a dangerous “lassitude”:

Not that the world is tiresome in itself:
We know what boredom is: it is a dull
Impatience or a fierce velleity,
A champing wish, stalled by our lassitude,
To make or do. In the strict sense, of course,
We invent nothing, merely bearing witness
To what each morning brings again to light

If we are bored with the world, the fault lies in our own souls; the world is not itself tiresome. Those who would spice up a party with a social lie display a culpable lack of interest in the marvelous things that are “there before us.” In fact, such lassitude is a species of sloth or acedia, what Dante calls “the love / of good that is too tepidly pursued.”

The poet, however, looks at the particulars of the “given world” and finds them worthy of naming. In particular, the poet is drawn to a kind of verbal making that helps us see the many facets of reality. The world, Wilbur tells us, is “there before we look / Or fail to look; there to be seen or not / By us, as by the bee’s twelve thousand eyes.” The bee’s compound eyes see thousands of different bits and then stitch them together. Similarly, the poet’s many images and analogies are ways of recognizing or bearing witness to the polysemous nature of reality. These verbal likenings are not lies, then, but a myriad of lenses crafted to bring the world’s marvelous details into focus.

The alternative to seeing the world as given, Wilbur goes on to suggest, is to agree with Satan, the father of lies, that it is a “prison.” Wilbur names Satan the “arch-negator,” thereby expressing his agreement with Augustine that evil is a privation or negation of the good. And while a fib told to make a social gathering more interesting seems a far cry from Satan’s lie that led to the banishment from Eden, both stem from a dissatisfaction, a sense that the world is tiresome. Yet Wilbur claims that what we perceive as “nothing” is in fact “something missed.”

Poetic making helps us to avoid this fatal error; it helps us to see what is right before our eyes:

Closer to making than the deftest fraud
Is seeing . . .
How the shucked tunic of an onion, brushed
To one side on a backlit chopping-board
And rocked by trifling currents, prints and prints
Its bright, ribbed shadow like a flapping sail.
Odd that a thing is most itself when likened.

Calling the skin of an onion a “flapping sail” may seem a lie, yet it is by such analogies that the poet opens our eyes to see what Hopkins names the “inscape” of this vegetable. (If you really want to consider the marvels of an onion, read the opening chapter of The Supper of the Lamb.) These surprising yet revealing analogies bear witness to the “cognate splendor” from which “all things came / To take their scattering names.” Creation, no matter how variegated and disparate it seems, has a common origin. As Hopkins testifies, “all things counter, original, spare, strange” come from an unchanging God: “He fathers-forth whose beauty is past change: / Praise Him.”

Poets are not liars; they are sub-creators whose verbal craft reminds us of creation’s divine origin. It is the forked-tongue tempter whose lies negate the world, and it is poetic likening—a likening first practiced by the “dove that hatched the dove-tailed world”—that “shame[s] the Devil.” Hence attending to the verbal-making that is poetry can be an antidote to the fierce velleity that leads us to binge on Netflix, scroll through social media, scan the news for some fresh scandal. That vague desire for something of interest, something to give this mundane moment new meaning, is akin to the “moody self-absorption” in which the Devil crept into Eden looking to cause mischief.

Verbal and manual art, on the other hand, can enable us to participate in the Creator’s delighted making. In fact, the writing of this essay is making me hungry; it’s time to go melt the butter, cut up an onion, and do some cooking.

Some Permanent Things In Print

Celebrity, Success, and the Kingdom of Heaven