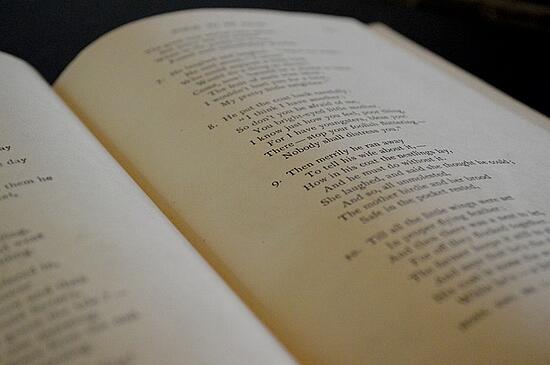 Lahave, Nova Scotia. Since June 2019, Clinton Collister has served as the poetry editor of the web journal, The North American Anglican. Under his editorship, this space has become a platform for the publication of some of our best contemporary poets writing from a Christian perspective, including James Matthew Wilson, David Middleton, and Sally Thomas — poets who frequently appear in the pages of noted religious and literary journals, including Dappled Things, The Windhover, The Southern Review, and First Things, among others. Now, in partnership with fellow poet and University of Saint Andrews graduate student, Daniel Rattelle, Mr. Collister has collected a selection of these poems (published or forthcoming in the journal) for print under the title The Slumbering Host.

Unsurprisingly, given the platform on which these selections were originally published, most of the poems are religious or spiritual in content — but this is not to say always or explicitly so. These are poems that seek out the sacred and explore our relationship to the divine in settings both modern and historical, in the lives of both ordinary people and the great and sainted. A poem about a trip to a liquor store resides comfortably alongside an elegy to the Anglican rector and poet R.S Thomas. Sally Thomas’ masterful and timeless ‘still-life’ portraits of a hermit (“Ordinary Time,” “The Hermit at Midsummer,” “All Souls, In Morning Fog”) share poetic space with a young man impatient and restless to find his place in the world (Matthew Faller’s sensitive and sonically resonant poem, “The Apprentice.”)

The other distinguishing feature of The Slumbering Host is that the majority of poems are written in recognizable forms (there are numerous sonnets) and for the most part employ rhyme and/or meter. Even the light scattering of free verse poems throughout offer up a consistent line and a typographically predictable stanza. For this reader, this formal architecture and musical patterning signals that we are approaching poetry that occupies a ritualized, ceremonial space — a space apart from the profane and the prosaic, even as the subject matter is rooted in the earthly and the secular.

Another point of similarity to note is the accessibility of these poems. This is not to say that they lack in complexity or are superficial in theme or imagery. It is rather that the overall impulse of these poems is one of building bridges of understanding and comprehension between the poem and the reader, where the familiar is a point of entry into the poem’s thematic and symbolic universe. A quick survey of first lines support this: From “On a Photograph of John Martin Finley” (Glenn Bergeron), “Fourth of July” (Dan Sheehan), and “Every Morning He Hallowed Himself” (James Matthew Wilson) respectively — “With hands thrust deep in pockets,” “The street lights flicker set to humming” and “While still a student wandering abroad.”

In these poems, we know immediately where we are — we’ve been there ourselves or we can imagine the scene. This doesn’t mean they are devoid of magic or mystery, but mystery emerges out of the craft, the situation, and the beauty and sound of the language itself, rather than some secret personal code or intentional obfuscation. (UK Poet Laureate Simon Armitage discusses this tension between clarity and obscurity in contemporary poetry in his third Oxford lecture, ‘Undisfigured by False or Vicious Ornaments’ – Clarity and Obscurity in the Age of Formlessness.) Even the poems with biblical and literary references wear their learning lightly, with context surmised and references easily located thanks to the power of modern internet search technology.

Given that this is an anthology, there are obviously significant variations in voice and approach. The poetic diction, syntax, and vocabulary varies from relaxed and conversational, punctuated with references to popular culture (Dan Sheehan’s New York Mets and Marlboros in his fine poem “Fourth of July”) to the elegant and elevated tone of Graham Shea’s sonnet “Words.” It is against this common background that numerous poems shine. I would like to highlight several of my favorites by poets perhaps less well known than the senior and more widely published writers included in the collection.

Danielle Rattelle’s poignant sonnet “The Bookcase” reminds me a great deal of the early Seamus Heaney poem “Digging.” Where Heaney finds parallels between his father’s digging and his own writing (his father’s shovel forever linked with the pen Heaney holds between his finger and his thumb), in “The Bookcase,” Rattelle seeks connection through his father’s wood-working and his own rough poetic efforts to find words that sum up a seemingly complicated relationship. The final couplet which incorporates lines from Donne’s “Sonnet X” (“Death Be Not Proud”) and Yeats’ “Drinking Song” is a beautiful ending to a poem that rewards its own analysis.

Travis Wright’s “The Parsonage,” dedicated to R.S. Thomas, is another stand-out. From the opening line “Even here the priest must hold our horror / in his hands” to its closing “tumbling like broken glass across an empty moor, / the priestly cry, / suddenly brittle beyond all repair,” the language is lush and evocative, the scene haunted. I like this poem immensely (it’s pinned to my bulletin board).

Another personal favorite is Marly Youman’s “Hydrangea,” an iambic trimeter sonnet that describes in language as economical as it is forceful the cutting and scoring of a hydrangea branch for a vase. It’s a wonderfully layered poem about redemption and suffering with the ghosts of Gerard Manley Hopkins and John Donne whispering in the background.

Two poems by Glenn Bergeron, “Grand Isle” and “Silent Retreat: Grand Cocteau, Louisiana” are truly admirable for their formal polish and earn additional points with me for the subject of the first (a dedication to the American poet Edgar Bowers) and the epigraph included with the second (a quote from Yvor Winters).

There are occasional lapses in the collection — poems, which at least for this reader, are less successful for their failure to engage intellectually or emotionally. It’s not that they aren’t perfectly respectable poems. They are simply overshadowed by the really terrific ones with which they share company.

Finally what strikes me overall about The Slumbering Host is the open-heartedness, hopefulness, and steadfastness of the editors’ approach and selection. This is a collection that is true to itself and knows its own mind and plays its own music. It waves unabashedly from its corner of the poetry world and says here are poems that speak to our time even as they participate in a religious literary tradition that some are quick to discard. Read them and reckon with them. And of course, enjoy them. I look forward to a second installment.

Donald Hall and the Unsettling of American Letters