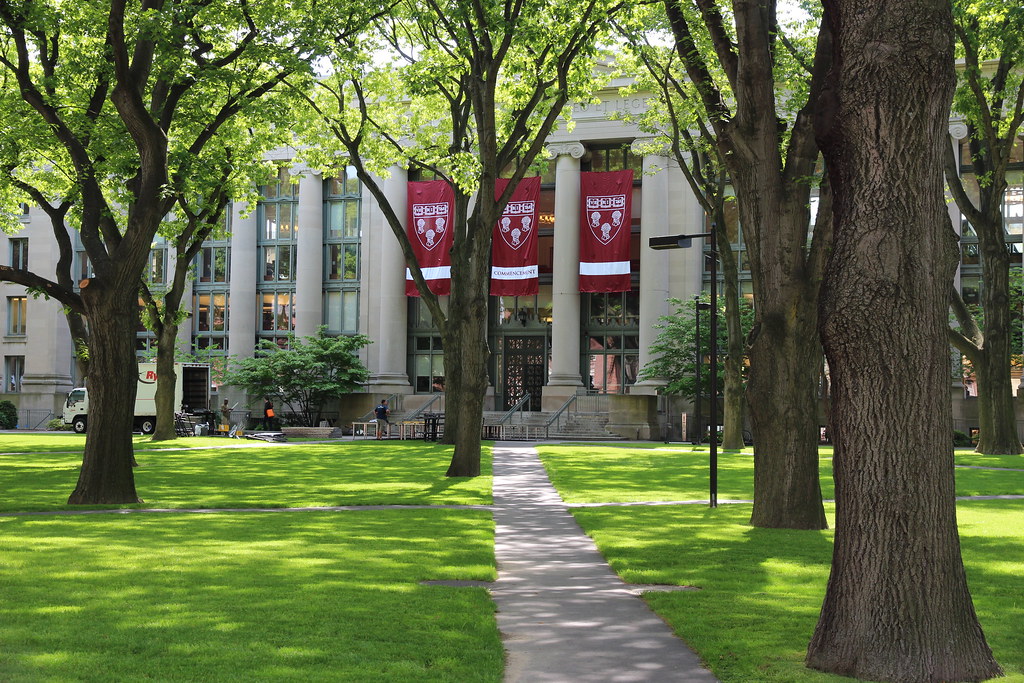 Hamden, CT. Having spent my entire adult life at or around highly selective universities, I have come to one primary conclusion concerning such institutions: we should all stop talking so damn much about them. I say this with the utmost respect for these schools, several of which have been kind enough to confer degrees and/or paychecks upon me and members of my immediate family. These experiences have been largely positive, even those that came with a six-figure price tag. It is not because I bear Harvard any ill will that I wish we could all just shut up about it already. Rather, I am concerned that our national obsession with elite colleges is making many of us miserable, while at the same time distracting us from parts of the higher education landscape that are deserving of more attention.

The collective tendency of certain segments of society to breathlessly discuss Yale’s every move is somewhat understandable given the outsized role a small handful of schools play in producing the men and women who will become future leaders in most major facets of American life. When the country can go more than three decades without electing a President lacking an Ivy League sheepskin as it recently did from George H. W. Bush (Yale ‘48) to Donald Trump (Penn ‘68), it sort of makes sense to keep tabs on what is going on at these places. Who is being admitted and why? What are they learning and not learning while there? These are obviously questions of some importance.

Unfortunately, we seem to have replaced the modifier “some” with something more like “all-consuming.” This appears to be particularly true for the families of teenagers pining for acceptance letters from these institutions. This obsession comes with a heavy price tag, both literally and metaphorically. Students at “high-achieving schools”—places that typically revolve around the quest to get graduates into elite colleges—show elevated levels of anxiety, depression, and substance abuse as compared with peers. Students run themselves ragged amassing the credentials they believe will most appeal to highly selective universities, often without regard for their actual interest in the activities and honors they dutifully add to their resumes. Meanwhile, their families spend small fortunes on standardized test prep and admissions counseling, less because they are certain these services will deliver a decisive edge and more based on the fear of missing out on something that might possibly do so. As the Operation Varsity Blues scandal illustrates, some of America’s most successful people are even willing to break the law to get their kids into their dream colleges.

All this to what end? With so many qualified applicants chasing so few spots, admissions decisions (especially at the margins) are sufficiently arbitrary to prompt calls for using a lottery system instead—put all the applicants meeting minimum qualification thresholds into a hat and pick out the admitted class at random. There is also some question about whether attending an elite college even matters. The disproportionate number of Ivy League graduates among US Presidents notwithstanding, some research suggests that students with Ivy League-caliber qualifications who attend less selective colleges end up doing just as well, at least as measured by the (somewhat nauseating) metric of lifetime earnings. It could be that Harvard doesn’t make its graduates successful—it just admits a bunch of people who would have been successful no matter where they went to college. So to review, if you’re a high-achieving high school student, being admitted to an elite university may (a) ultimately involve a significant amount of dumb luck and (b) not really matter all that much, even if you make the ill-considered judgment to define your success by how much you eventually earn.

Why, then, are we so wrapped up in this process? It would be far better for students to focus on being the best versions of themselves they can be, with what is “best” defined by something more substantial than the whims of admissions officers. Then let the chips fall where they may when it comes time to apply. If that includes an invitation to join the Princeton Class of 2026, fantastic. Again, I’ve got nothing against such institutions. Great things happen there (including, incidentally, much of the research cited in this piece). But schools like Princeton aren’t the only places great things happen.

Regrettably, it is not only applicants and their families who suffer from an unhealthy preoccupation with the doings of a small handful of schools. Our public policy conversations also tend to give these institutions too prominent a place. Discussions of the role of higher education in promoting social mobility often revolve around the ability of elite colleges to catapult low-income students into the upper reaches of the socioeconomic scale. (Notably, even studies questioning the impact of an education from elite universities conclude that attending a highly selective school matters for low-income students). Thus, announcements such as Amherst’s recent decision to end legacy admissions preferences are widely hailed as representing a major step forward in making the transformative power of a college education available to all. Yet by their very nature, highly selective schools will only ever educate a small sliver of the population. While more work can and should be done to ensure that increasing numbers of low-income, first-generation and minority students are among that small sliver, the reality is that the vast majority of such students will continue to be educated elsewhere. What happens at places like UMass Boston and Bunker Hill Community College (as well as within the many apprenticeships and other programs that prepare people for meaningful work outside a higher education context) would seem to be more important to the overall well-being of our society than what happens at Harvard, but it is the latter that we spend almost all of our time talking about.

Community colleges are a particularly overlooked part of the higher education landscape from a social mobility standpoint. More than half of undergraduates from the bottom income quartile attend two-year schools. The result is that approximately 50% of all undergraduates at such two-year schools come from families that are in or near poverty. Community colleges also serve large populations of first generation and minority students and students with disabilities. Despite the mantra that a four-year college degree is a precondition for success in the modern economy, community colleges can offer such students pathways into the middle class. While median annual earnings for those with bachelor’s degrees jump to approximately $68,000 from around $41,000 for those with high school diplomas, associate’s degrees offer a more modest, but still meaningful increase to about $49,000. These aggregate figures mask considerable variability based on course of study, moreover, and there are certain community college programs whose graduates earn more than the median income for those with four-year degrees. Two-year credentials can also set students up for further educational attainment down the road. And community colleges do all this while burdening their graduates with far less debt.

Community colleges occasionally get a brief moment in the sun, as when President Obama in 2009 announced the American Graduation Initiative (AGI), a plan to invest $12 billion in two-year schools with the goal of producing an additional five million new graduates by 2020. But attention is often short-lived and follow through lacking. Lawmakers ultimately scrapped the AGI in order to get the Affordable Care Act passed, and a more modest program allocating $2 billion to community colleges for job training replaced it. We remain way behind schedule in achieving the increased graduation goals set forth by Obama.

Two-year colleges suffer similar neglect at the hands of the philanthropic sector. Donors gave an estimated $50 billion to institutions of higher learning in the US during the 2020 academic year. Community colleges received less than 1% of that total. In a welcome departure from this trend, MacKenzie Scott recently announced a series of substantial donations to two-year schools. For many of the recipients, the gifts were by far the largest in their histories. Long Beach City College, for example, educates more than 24,000 students with an endowment of just $15 million. It received $30 million from Scott. But is not yet clear that other philanthropists will end up following her lead in making significant donations to traditionally overlooked institutions.

The tragedy of our inattention to this less lofty segment of the higher education landscape is that there is good reason to believe that a greater focus on two-year institutions could make a very real difference. Given the additional challenges facing so many community college students (the need to work to help support their families, housing insecurity, etc.) and these institutions’ limited resources, it is perhaps not surprising that completion rates are low. Only about 40% of those who enroll in a two-year institution obtain a credential within six years. For students hoping to transfer to a four-year institution, the statistics are even more grim. Of the 80% of community college students intending to make such a transfer, only 25% actually do and just 17% end up obtaining a four-year degree within six years. Yet the good news is that researchers have examined the problem of low community college completion rates, and several encouraging solutions backed by data have emerged.

One particularly promising intervention is the Accelerated Study in Associate Programs (ASAP) initiative at the City University of New York (CUNY). Launched in 2007, ASAP aims to improve completion rates by addressing some of the most common barriers to student success. The services provided by ASAP include financial supports (tuition waivers, textbook assistance), academic supports (individualized course schedules), and social supports (comprehensive advising, peer group development). Because student interest in ASAP has significantly exceeded the number of slots available in the program, participants are selected via lottery. This has enabled researchers to design studies that compare the outcomes of ASAP participants with those of a control group comprised of eligible students not selected for the program. These studies consistently show ASAP participants exceeding control group performance on outcomes including graduation rates, enrollment rates, and credit accumulation and persistence rates. In one study conducted by the MDRC, ASAP almost doubled the percentage of students graduating in three years (40% versus 22% for the control group) and significantly increased the percentage graduating in six years (51% versus 41% for the control group). A version of ASAP implemented at community colleges in Ohio produced similar results, with a three-year graduation rate for participants of 35% versus 19% for the control group. ASAP has achieved these outcomes at an estimated annual cost of approximately $5,000 per student. It is not that allegations of price fixing by 16 elite colleges (which you can read about here, here, and in several hundred additional places) are unimportant in light of all of the above. It is that such allegations are very clearly not the only, or probably even the most, important story taking place in higher education right now.

A reexamination of the disproportionate hold highly selective colleges have both on many of us individually and on our national discourse would seem more timely than ever.. With the mounting anxiety associated with living in a fracturing republic during a global pandemic in the age of social media, why would we want our children to shoulder the added and misplaced stress of an “Ivy-or-bust” mentality when it comes to college admissions? And in our current populist moment, why can’t we resist the worst excesses of populism—the “us-against-them” rhetoric, the grievance mongering, the appeals to passion rather than reason—while responding to the very real neglect of “ordinary” concerns that has helped fuel the moment? Paying more attention to the institutions that educate most of the American population, as opposed to those that educate a rarified slice, would seem like a good place to start.

Few v. Many: The Topsy-Turvy World of Judicial Demographics