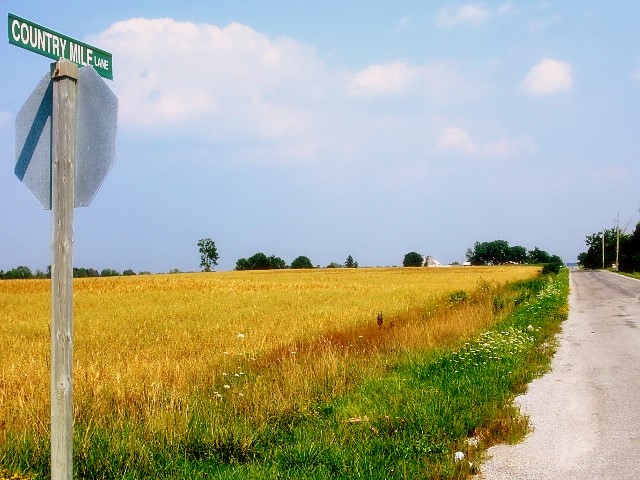 Today marks the first anniversary of the Front Porch Republic.  Such a milestone provides an opportunity to cast a quick glance back on the year and indicate a bit of what we hope to accomplish in the future.

On March 2, 2009 a group of twelve writers launched this electronic magazine committed to advancing ideas of place, limits, and liberty. We came together united by a sense that something was deeply wrong with the cultural, political, and economic path Americans were treading. Additionally, we shared  a belief that in many respects the right/left distinction that frames our contemporary debate is outdated.  We were animated by the hope  that perhaps new coalitions could be formed or at least new lines of dialogue opened.  And while we come from different walks of life, pursue different vocations, and live in a wide variety of places, most of us have a deep appreciation for the way Wendell Berry’s writing has consistently attempted to bridge disciplines, to grapple with fundamental questions, and to emphasize the centrality of local communities. (The irony of a web-zine inspired by Berry’s work is, of course, not lost on us).

Since then FPR has managed to produce a steady stream of essays dealing with topics as varied as front porches, meritocracy, porchy music, beer, killing hogs,  sex and the pope, gratitude, the immoral life of children, secession, television, rural churches, an ownership society,  war, and, of course, Krustianity. We have been mentioned widely in various blogs, The Washington Post, The New Republic, etc. We have noticed that our adoption of the word “porch” has provoked the creation of several related words. Individuals associated with FPR or who generally agree with what is expressed on the site are at times identified by the noun “porcher” (e.g. “you’re talking like a porcher”).  Views ostensibly attributed to FPR have come to be referred to by the adjective “porchy” (e.g. “that’s a porchy thing to say”).  A verb has even been coined to describe being shot down by a member of FPR: “you’ve been porched!”  Additionally, we have been stalked by a guy named Jake, hacked by terrorists, and closely monitored by the White House (this latter claim is only conjecture–well, more like a fond hope).

In our first year, FPR has received nearly half a million visits and 1.2 million page views and we currently average nearly twenty thousand unique visitors per month.  FPR has been organized into a non-profit corporation (Front Porch Republic, Inc.), which means that, among other things, FPR is a legal person. We await our final 501c3 approval from the IRS. As we look forward, we plan to continue publishing essays that explore various ideas and themes related to place, limits, and liberty. Additionally, in the next few months we intend to focus part of our energies on the task of articulating specific policy proposals as we strive to imagine what kinds of political changes could help promote a healthier society.  In coming years, we plan to expand our activities, but doing so will be a gradual process and will, of course, require funding.

We hope in the near future that readers will not only see value in what we are producing, but will show a willingness to provide some material support to that end, however large or small the sum.  We have relied on the good graces (and free labor) of everyone involved, from webmasters to interns to our stable of authors, but we hope in the future not only to remunerate them in even a small way, but perhaps even to begin holding some meetings in the real world that will allow us to discuss these ideas with a wider audience.  Perhaps in the not-distant future, FPR-PAC will eclipse the likes of CPAC.

One of the most notable things about FPR is the level of discussion on the discussion boards. FPR readers tend to be thoughtful, articulate, and interested in exploring important ideas. We are grateful to our readers for helping to make FPR what it is. Thanks to all involved for making this first year successful beyond expectation. We look forward with anticipation to the coming year and hope that you, our readers, will continue to pull up chairs and sit a spell. There’s plenty of room on this porch, and the conversation is fine.