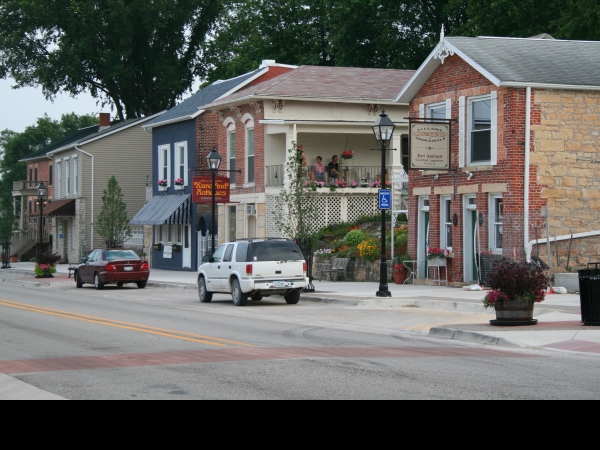 Ross Douthat is the best thing going in our punditocracy today, so it’s with hesitation that I take issue with his most recent column in which he explores the changing nature of the “culture wars.” My misgivings are further deepened by the impression of ingratitude that I must present, given that Ross, as an addendum to the column in question, kindly commended a short essay I’d written some time ago about particularly Catholic aspects of the culture wars.  This is a friendly gauntlet, but I throw it nonetheless.

In last Monday’s column, Ross argues that the longstanding narrative of the culture wars – liberal elite who defends lifestyle libertinism vs. the stalwart heartland yeomanry who stand for traditional family values – if once true, has been outstripped by reality in the form of findings in a just-published survey directed by my friend, the sociologist Brad Wilcox at the University of Virginia.

In essence, as described by Ross, the survey finds that there are rising levels of “traditionalism” among the college educated, particularly an increase in support for making divorce more difficult (perhaps this is the generation who have felt the effects of divorce most profoundly), as well as increased levels of stated religious belief.  By contrast, the survey finds that among the “moderately educated middle” group of Americans (high school and some college, but no four-year degree), there is overwhelming evidence of rising divorce rates and out-of-wedlock births.  As Ross nicely summarizes the findings, “This gap has been one of the paradoxes of the culture war: highly educated Americans live like Ozzie and Harriet despite being cultural liberals, while middle America hews to traditional values but has trouble living up to them.”

I think we should be more wary of concluding that the “culture wars” are now being outstripped by reality; rather, I think there’s considerable reason to believe that underlying aspects of the “gap” between America’s “two cultures” can go some way to explaining this seeming reversal.   In particular, we should be suspicious particularly of the gap between how the highly educated are living and what they are saying, and the particularly pernicious effect of the latter on the deteriorating status of the “moderately middle educated.”

First, I think there is good reason to think that the “highly educated” have come to support marriage because of growing evidence that marriage is a net benefit for one’s economic bottom line.  Driven by success-at-all-costs mentality, the highly educated have proven to be highly flexible in their beliefs, so long as those beliefs contribute to their earning potential.  Yet, it goes a step too far to suggest that they live like “Ozzie and Harriet,” given that their marriages take place usually after a relatively long period of enjoying a succession of multiple partners (famously described by Tom Wolfe in his essay “Hooking Up” and his novel I am Charlotte Simmons.  I just finished teaching the novel to a group of Georgetown freshmen, and their general consensus was that the novel was pretty accurate, and that it was no big deal).   What might be a growing commitment to marriage among a segment of the college-educated class is generally not accompanied by a commitment to the idea of sexual self-control and the felt-need for a broader culture that would support such a commitment; rather, it could be argued that marriage is the conclusion of a long period of serial partnerships and sexual experimentation that colors more broadly the view of the highly-educated.  If marriage is good for one’s bottom line, better to put it off until one has tasted the hedonistic pleasures of Babylon before settling down in Greenwich.  Yet, both decisions are born of a hedonistic calculus – first the benefits of guilt-free sexual experimentation, and then the pleasures of guilt-free Wall Street bonus checks.

These two aspects of the lives of the highly educated – sexual libertinism and picket-fenced greed – bear a direct relationship to the decline of a moral marital culture among the “moderately educated middle.”  First, while it may be the case that there is a growing number of “highly educated” that express the belief that access to divorce ought to be in some ways constrained, in absolute terms (according to the survey) that number is still split 50-50, and I think it’s fair to say that it is our less traditional half of the highly-educated segment of the population that tends to gravitate toward and guide the output of the cultural and educational centers of the nation.   If Ross is right that it’s likely due more to the growing influx of conservative students at the likes of Baylor and Wheaton that is tilting this number than a substantially growing population at the Harvards and Princetons who support more restrictive marriage bonds, then it’s safe to surmise that more of the latter will end up making films, television shows, as well as writing for the likes of Ross’s paper and teaching in schools and colleges.  The culture remains dominated by pervasive sexual saturation, by portrayals of family as generally disfunctional or re-makable at will, by the presentation of youth culture as dominated by irony and sarcasm (Disney!), and a general ethic that we should all be as non-judgmental as possible.  This is the broader cultural mileu that pervades the lives of the “moderately educated middle,” addicted as they often are to any and all forms of popular culture (a highly profitable industry for the “highly educated”).  It may be that the “highly educated” live like “Ozzie and Harriet,” but you can be sure that Ozzie and Harriet aren’t appearing on a television program near you.  Their temporal neighbors – the Drapers – are more likely to be in the TV listings than the Cleavers, the Nelsons, or the Waltons.

At the same time that the dominant cultural narrative (shaped by the “highly educated”) commends exactly the opposite “lifestyle” as that of Ozzie and Harriet – or, the lives increasingly lived by the “highly educated” once they settle into marital bondage – the fact is that the increased separation of the highly educated from the “moderately middle educated” means that these popular cultural portrayals of adult adolescence are the only model of marital and romantic relationships that the “moderately educated middle” are likely to see.   If arguments such as those of Bill Bishop and Richard Florida (as well as earlier iterations such as those of Robert Reich and Christopher Lasch) are to be credited, the country is increasingly geographically segmented by educational attainments and class distinctions, no longer intermingled as they would have been until thirty years ago.   Even as the popular culture is suffused with the ideal of hedonism and irresponsibility, the actual places where the “moderately educated middle” live are all but certain to have been abandoned by the “highly educated,” who now congregate as a “creative class” in various coastal centers around the country and the world.  In fairness, Ross has argued that he would like to see “a willingness [on the part of the highly educated] to translate some of the more conservative habits they’ve embraced (or partially embraced) in their personal lives into law and public policy.”  But – unlikely as this is to be – this would presumptively be done from a distance; what is lacking in this call is the recognition that even more important than a willingness of “noblesse oblige” to encourage public policy guidance on sexual matters is the moral witness of lives responsibly lived within communities where “highly educated” and the “moderately educated middle” intermingle, even intermarry.  One could say that historically, various laws governing sexual propriety simply reinforced these cultural habits and models; in their absence, they would be rightly perceived as distantly imposed Puritanical codes, particularly in the context of the dominant narrative of sexual liberation that our “highly educated” purvey daily on every available screen in the world.

Secondly, the upwardly-mobile “highly educated” behave as they do in order to secure as best they can a place in the highly unstable economic system whose fruits they enjoy.  To succeed in that system, they create islands of stability in and through their marriages (particularly combining incomes with other members of the highly-educated class), but at the same time engage in expanding a system that renders the lives of the “moderately educated middle” completely unstable, unpredictable, and pervaded by the sense of downward mobility.  As well-documented in Stephen Greenhouse’s book The Big Squeeze,  the “moderately educated middle” has not only been geographically abandoned by “the creative classes,” but economically sold down the river by their wanton expansion of “globalization” and attendant practices of outsourcing and off-shoring.  The one main lesson being taught today in our universities is how to be flexible and mobile – the very thing that comes most difficult to the “moderately educated middle.”

Thus, the “moderately educated middle” are learning some important lessons from the “highly educated”: enjoy yourself sexually and abandon hope about your future economic situation.  Can it be any surprise that the “moderately educated middle” is struggling so mightily to hold things together?  And, are the basic features of the “culture war” (if we properly understand what its basic contours are, which Christopher Lasch always better understood than the likes of William Bennett) really behind us, or are the very conditions described by Ross in his recent column really evidence that the war goes on?

One last piece of anecdotal evidence:  the main issues of student debate and interest on the Georgetown campus in recent semesters have been 1. Georgetown’s refusal to cover the cost of contraceptives as part of its student health plan; and 2. the crying need for gender-blind housing, a policy just instituted at George Washington University.   There is very little if any evidence on my own campus of the “highly educated” that there is concern about the marital plight of the poor; rather, there’s every indication that the student’s main attention is on the sexual opportunities of the highly educated.   While Georgetown administrators, faculty and students talk constantly about “social justice” (which is the only way that the Catholic identity can be acknowledged by the campus mainstream), there’s no attention paid to the ways that higher education in general systemically contributes to the plight of the less well-educated. “Social justice” strikes me constantly as a form of “noblesse oblige” purchased on the cheap. Still, having “social justice” as teflon protection against too much introspection, the highly educated can turn their attention to the true injustices of the day, which are the crying needs for free birth control and opportunities for university sponsored co-habitation.