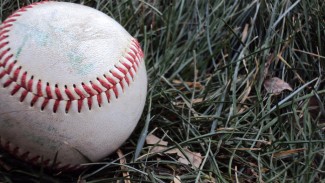 In East Bangor, Pennsylvania (pop. 800), there’s a little diner named for the trolley that used to take people to the once bustling steel town of Bethlehem.  The proprietors have adorned the walls with photographs of other local things that are no more.  There’s one of the East Bangor band, a group of about twenty men and boys, in uniform, in front of a bandstand draped with bunting.  There’s also one of the Kaysers, a local baseball club, on the day of an exhibition ballgame against the Philadelphia Athletics.  These were Connie Mack’s A’s, which team in those early 1930’s featured Hall of Famers Jimmie Foxx, Mickey Cochrane, and Lefty Grove.

How did a village of under a thousand people manage to have their own band?  How did a cluster of slate-belt villages field a regular baseball club, apparently good enough to stay on the same field for nine innings with the Philadelphia Athletics?

I’ll return to music in my next essay.  For now, I’d like to note that what happened to music, has also happened to sport, and that the schools, those engines of compulsion, have been at the center of the transformation.  Until fairly recently, most people’s experience of sport was direct and personal.  Take baseball.  You played it, or you watched others play it a few feet in front of you as you sat in the bleachers with your neighbors.  Every little town had a ball club.  Some of these were what we’d call the minor leagues, which were independent leagues and not just the serfs of the major leagues; they had their own races, their own lifelong stars, and their own loyal fans.  Other clubs were semiprofessional, a way for a man to pick up a few extra dollars.  But there were many thousands of them.  Christy Mathewson, a Pennsylvania boy, broke in as a pitcher for a team in Honesdale, a little village in the boondocks.  Stan Coveleskie, same state, broke in as a pitcher for a team in the coal town of Shamokin.  Teams even came from big factories and mills.

Those clubs were the public and organized manifestation of what was going on everywhere, with informal self-organization, or without any organization at all.  Boys would make their own teams and play other self-made teams, long before the Little League.  Schools got in on the action, too – and here is where the story grows strange.

As in so many other bad things, the Ivy League schools had taken the lead, in the late 1800’s, as the first to grant scholarships to young men for athletic prowess, so that the Princeton footballers under President McCosh could leave their Yale rivals in the mud.  It was innocent enough, a desire to unite the small community of scholars around something boisterous and gladsome and manly, with the bruisers stiff-arming the Eli tacklers, while the slenderer men with the megaphones cried out, “Tiger tigertiger sis sissis boom boomboom bah!”  But it did not remain small and innocent.  Nor did it remain free.  It has been conscripted into our Life Under Compulsion.

When high schools were small and local, they might field a couple of sports teams, usually the big three, baseball, football, and basketball, with hockey thrown in for the ice belt.  There were a lot more of those teams than there are now, proportional to the school population, because there were a lot more schools.  There was also no way to take any one school’s success too seriously – no national ranking of high school teams was conceivable.  Boys could play on a team whose school had a senior class of thirty or forty, as my mother’s did, in Archbald, Pennsylvania, where I grew up, who could never make the squad for a school ten times as large.  As for other sports, like golf or tennis or swimming, you played them because you enjoyed the competition, and not because the school had a team for it.

Consolidation changed all of that, and was in part sold by the prospect of a wider array of sports.  One small school could not afford a “natatorium” – note the technical term for the cement pond – but one enormous school could pretend to.  Those programs, in turn, fed college sports, so that parents of an athletic child – and soon girls would be shunted into the grinder – could parlay his skill in hitting a ball or running fast, into that plum, the inaptly named “scholarship.”  This scholarship is sold, too, as a prize, or a gift, rather than partial forgiveness of a debt which exceeds the human value of what professors teach or students learn.

But Johnny Friendly the Boss is handing out favors, so everyone must compete to win one, or be squeezed to death.  I have nothing against athletic competition, that boyish and dynamic form of cooperation that lay at the foundation of the Greek polis.  I am noting two things.  The first is that, after all these programs and scholarships, after all the work done by organized athletics at all levels, the number of boys actually playing baseball or football is far lower than before: no one is outdoors playing.  The second is implied by the first.  If they’re not outdoors playing, where are they?  If they’re not athletes, they are indoors, alone, wasting time, distracting themselves from their distraction.  There are no Kaysers, no teams in Shamokin or Honesdale, and, for that matter, no village band.  If they are athletes, they are working.  That’s what we have done.  We have eliminated most play, and turned the rest into work.

Why?  When I see young people caught in the athletic-scholastic mill, I seldom sense that they delight in it.  They are committed to it.  They may enjoy the games or the meets.  But the whole thing – the many hours of running, lifting, practice – all to seize that scholarship apple or to keep from having it snatched away – what is it for?  Does it lift the spirit?  Does it set them free?

Behind them stand the parents, or the school, suggesting, “You have a talent in gymnastics.  You want to succeed at this, don’t you?  It will help you get into that private high school.  Even if you aren’t recruited for a college team, it will look good on your dossier.  It will help you get into college.  It will give you a wider range of colleges from which to choose.  If you are recruited, it means scholarship money.  Look at what happened to Kelly.  She had her picture in the newspaper when she won the gold medal at the state meet.  You’re just as good as she is, or you can be if you try hard enough.”  And so forth.

We can trace out a nice chain of compulsions, thus.  Mr. and Mrs. Ergonome are moving to a new state.  They choose to live in a “good” neighborhood –set apart from the unwashed – for the sake of a “good” school – a well-funded factory that produces “college material,” the half-finished industrial stuff which is then transformed into transistors, gas engines, and styrofoam packing.  To secure this good school, they buy a house beyond their means.  To pay the mortgage, Mrs. Ergonome must earn a salary outside the home.  To enable Mrs. Ergonome to do that, they must purchase a second car, and day-care for the two children.  They choose the “best” day-care, the one brightest in plasticene, and with relatively few of the unwashed (although Mr. and Mrs. Ergonome, upholding the dignity of people they flee, would deny any such motive).  That too is a noose for the budget.

Mr. and Mrs. Ergonome want their two children to go to college, because, what with the schools as bad as they are (but, presto! it’s other people’s schools, never ours), employers have resorted to requiring a college degree.  They do this not for anything the employee may have learned in college, but to ensure that he will be able to read and count, and will show up on time.  It’s a mechanism, that’s all.  It helps keep the government overseers off their backs, lest they exert a human judgment not approved by their betters.  So the kids have to go to college, and it has to be a good college, its worth determined by utility.  Therefore the kids have to be groomed and trimmed for itright now; and sport, dance, gymnastics, scouting, community “service,” every blessed thing that can go on a resume will go on the resumes of the Ergonomic offspring.  Human life is for sale.

Mr. and Mrs. Ergonome, by the way, are ardent opponents of slavery.  Had they been alive in the South before the Civil War – well, you know.  Some things are so obviously wrong, one must be half mad to engage in them.