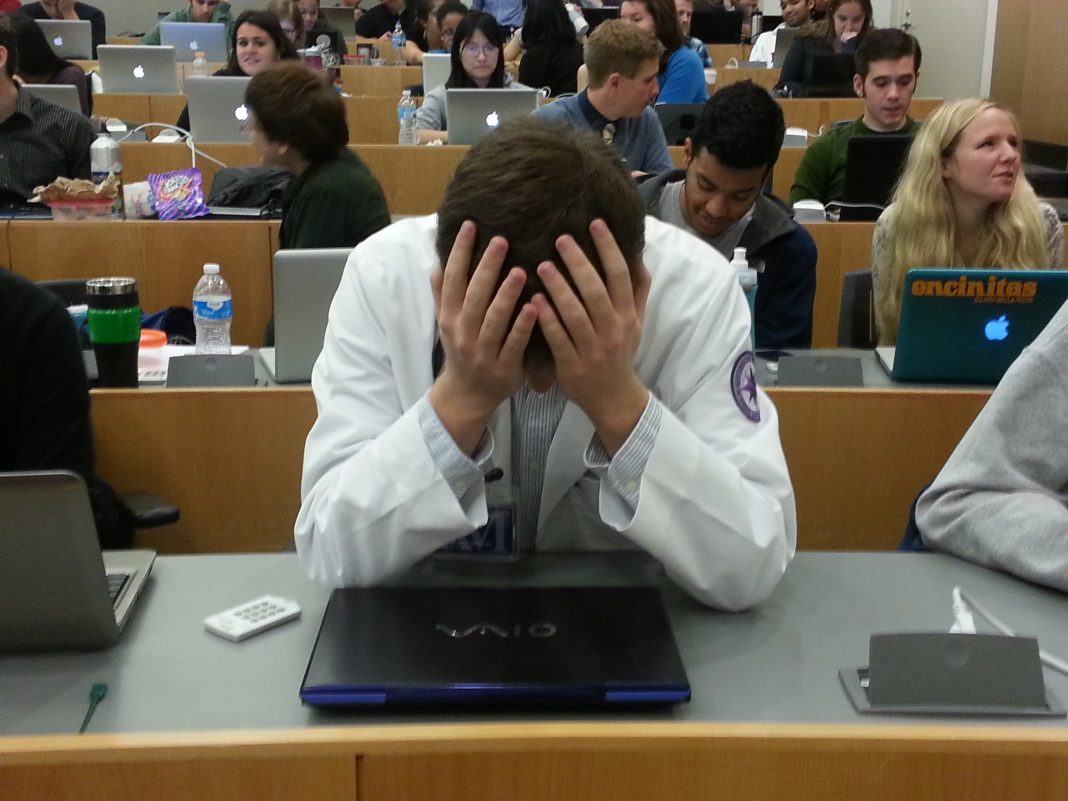 My students are know-nothings.  They are exceedingly nice, pleasant, trustworthy, mostly honest, well-intentioned, and utterly decent.  But their minds are largely empty, devoid of any substantial knowledge that might be the fruits of an education in an inheritance and a gift of a previous generation.  They are the culmination of western civilization, a civilization that has forgotten it origins and aims, and as a result, has achieved near-perfect indifference about itself.

It’s difficult to gain admissions to the schools where I’ve taught – Princeton, Georgetown, and now Notre Dame.  Students at these institutions have done what has been demanded of them:  they are superb test-takers, they know exactly what is needed to get an A in every class (meaning that they rarely allow themselves to become passionate and invested in any one subject), they build superb resumes.   They are respectful and cordial to their elders, though with their peers (as snatches of passing conversation reveal), easygoing if crude.  They respect diversity (without having the slightest clue what diversity is) and they are experts in the arts of non-judgmentalism (at least publically).  They are the cream of their generation, the masters of the universe, a generation-in-waiting who will run America and the world.

But ask them some basic questions about the civilization they will be inheriting, and be prepared for averted eyes and somewhat panicked looks.  Who fought in the Peloponnesian war?  What was at stake at the Battle of Salamis?  Who taught Plato, and whom did Plato teach?  How did Socrates die?  Raise your hand if you have read both the Iliad and the Odyssey.  The Canterbury Tales?  Paradise Lost?  The Inferno?

Who was Saul of Tarsus?  What were the 95 theses, who wrote them, and what was their effect?  Why does the Magna Carta matter?  How and where did Thomas Becket die?  What happened to Charles I?  Who was Guy Fawkes, and why is there a day named after him?  What happened at Yorktown in 1781?  What did Lincoln say in his Second Inaugural?  His first Inaugural?  How about his third Inaugural?  Who can tell me one or two of the arguments that are made in Federalist 10? Who has read Federalist 10?  What are the Federalist Papers?

Some students, due most often to serendipitous class choices or a quirky old-fashioned teacher, might know a few of these answers.  But most students will not know many of them, or vast numbers like them, because they have not been educated to know them.  At best they possess accidental knowledge, but otherwise are masters of systematic ignorance.  They are not to be blamed for their pervasive ignorance of western and American history, civilization, politics, art and literature.  It is the hallmark of their education.  They have learned exactly what we have asked of them – to be like mayflies, alive by happenstance in a fleeting present.

Our students’ ignorance is not a failing of the educational system – it is its crowning achievement.  Efforts by several generations of philosophers and reformers and public policy experts whom our students (and most of us) know nothing about have combined to produce a generation of know-nothings.  The pervasive ignorance of our students is not a mere accident or unfortunate but correctible outcome, if only we hire better teachers or tweak the reading lists in high school.  It is the consequence of a civilizational commitment to civilizational suicide.  The end of history for our students signals the End of History for the West.

During my lifetime, lamentation over student ignorance has been sounded by the likes of E.D. Hirsch, Allan Bloom, Mark Bauerlein and Jay Leno, among many others.  But these lamentations have been leavened with the hope that appeal to our and their better angels might reverse the trend (that’s an allusion to one of Lincoln’s inaugural addresses, by the way).  E.D. Hirsch even worked up a self-help curriculum, a do-it yourself guide on how to become culturally literate, imbued with the can-do American spirit that cultural defenestration could be reversed by a good reading list in the appendix.  Broadly missing is sufficient appreciation that this ignorance is the intended consequence of our educational system, a sign of its robust health and success.

We have fallen into the bad and unquestioned habit of thinking that our educational system is broken, but it is working on all cylinders.  What our educational system aims to produce is cultural amnesia, a wholesale lack of curiosity, historyless free agents, and educational goals composed of contentless processes and unexamined buzz-words like “critical thinking,” “diversity,” “ways of knowing,” “social justice,” and “cultural competence.”  Our students are the achievement of a systemic commitment to producing individuals without a past for whom the future is a foreign country, cultureless ciphers who can live anywhere and perform any kind of work without inquiring about its purposes or ends, perfected tools for an economic system that prizes “flexibility” (geographic, interpersonal, ethical).  In such a world, possessing a culture, a history, an inheritance, a commitment to a place and particular people, specific forms of gratitude and indebtedness (rather than a generalized and deracinated commitment to “social justice), a strong set of ethical and moral norms that assert definite limits to what one ought and ought not to do (aside from being “judgmental”) are hindrances and handicaps.  Regardless of major or course of study, the main object of modern education is to sand off remnants of any cultural or historical specificity and identity that might still stick to our students, to make them perfect company men and women for a modern polity and economy that penalizes deep commitments.   Efforts first to foster appreciation for “multi-culturalism” signaled a dedication to eviscerate any particular cultural inheritance, while the current fad of “diversity” signals thoroughgoing commitment to de-cultured and relentless homogenization.

My students are the fruits of a longstanding project to liberate all humans from the accidents of birth and circumstance, to make a self-making humanity.  Understanding liberty to be the absence of constraint,  forms of cultural inheritance and concomitant gratitude were attacked as so many arbitrary limits on personal choice, and hence, matters of contingency that required systematic disassembly.  Believing that the source of political and social division and war was residual commitment to religion and culture, widespread efforts were undertaken to eliminate such devotions in preference to a universalized embrace of toleration and detached selves.   Perceiving that a globalizing economic system required deracinated workers who could live anywhere and perform any task without curiosity about ultimate goals and effects, a main task of education became instillation of certain dispositions rather than grounded knowledge – flexibility, non-judgmentalism, contentless “skills,” detached “ways of knowing,” praise for social justice even as students were girded for a winner-take-all economy, and a fetish for diversity that left unquestioned why it was that everyone was identically educated at indistinguishable institutions.  At first this meant the hollowing of local, regional, and religious specificity in the name of national identity.  Today it has came to mean the hollowing of national specificity in the name of globalized cosmopolitanism, which above all requires studied oblivion to anything culturally defining.  The inability to answer basic questions about America or the West is not a consequence of bad education; it is a marker of a successful education.

Above all, the one overarching lesson that students receive is to understand themselves to be radically autonomous selves within a comprehensive global system with a common commitment to mutual indifference.  Our commitment to mutual indifference is what binds us together as a global people.  Any remnant of a common culture would interfere with this prime directive:  a common culture would imply that we share something thicker, an inheritance that we did not create, and a set of commitments that imply limits and particular devotions.  Ancient philosophy and practice heaped praise upon res publica – a devotion to public things, things we share together.  We have instead created the world’s first res idiotica – from the Greek word idiotes, meaning “private individual.”  Our education system excels at producing solipsistic, self-contained selves whose only public commitment is an absence of commitment to a public, a common culture, a shared history.  They are perfectly hollowed vessels, receptive and obedient, without any real obligations or devotions.  They have been taught to care passionately about their indifference, and to denounce the presence of actual diversity that threatens the security of their cocoon. They are living in a perpetual Truman Show, a world constructed yesterday that is nothing more than a set for their solipsism, without any history or trajectory.

I care deeply about and for my students – like any human being, each has enormous potential and great gifts to bestow upon the world.  But I weep for them, for what is rightfully theirs but hasn’t been given.  On our best days together, I discern their longing and anguish and I know that their innate human desire to know who they are, where they have come from, where they ought to go, and how they ought to live will always reassert itself.  But even on those better days, I can’t help but hold the hopeful thought that the world they have inherited – a world without inheritance, without past, future, or deepest cares – is about to come tumbling down, and that this collapse would be the true beginning of a real education.

A version of this article first appeared on Minding the Campus: http://www.mindingthecampus.org/2016/02/how-a-generation-lost-its-common-culture/