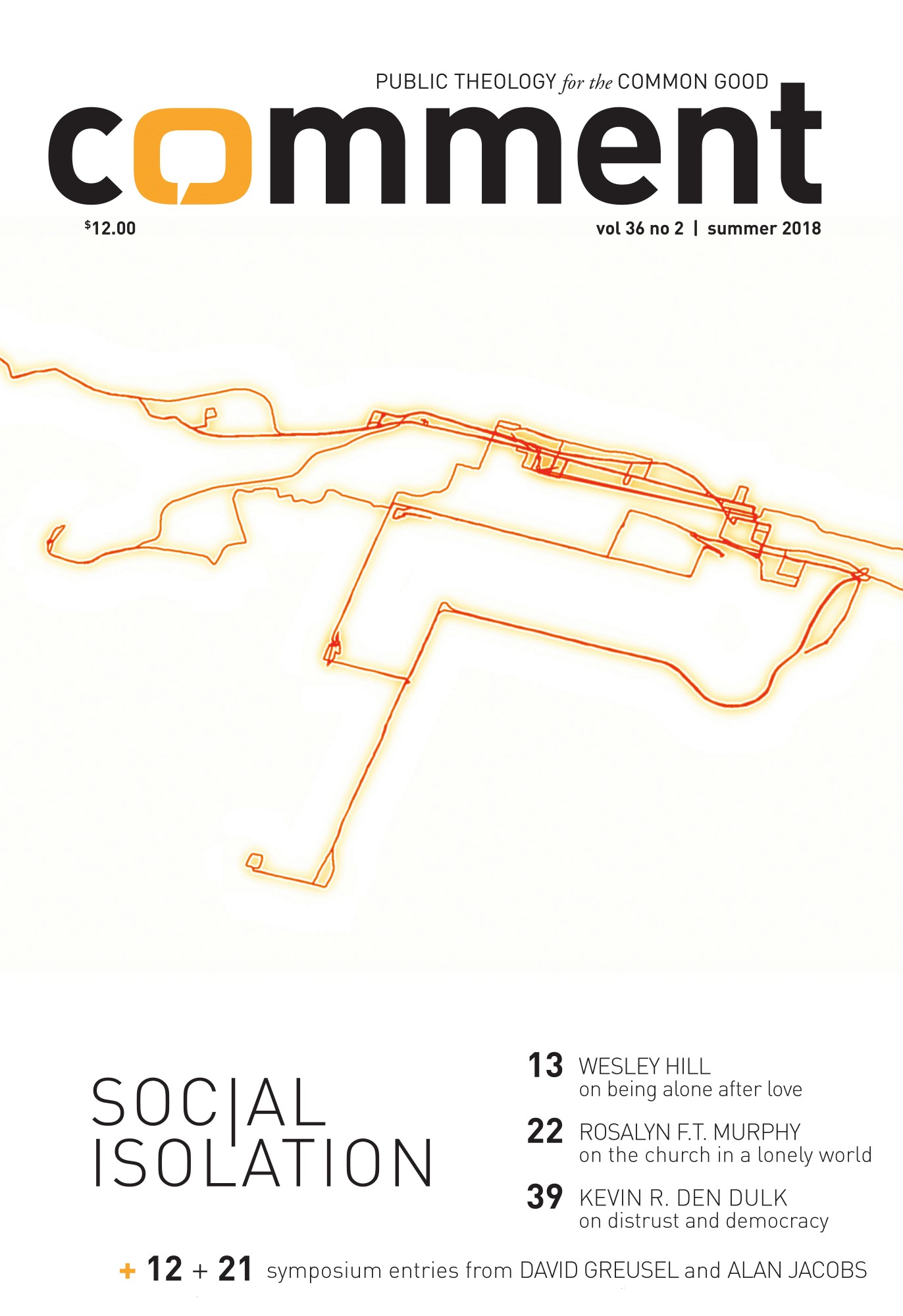 Loneliness is on the rise. Suicide is one of the leading causes of death among young people. Our social media networks may number in the hundreds, even thousands, but it appears that our actual social network is fraying. This social isolation was the main topic of the latest issue of Comment magazine, which explored the way that our families, friendships, churches, and cities all show increasing signs of this social isolation. While offering some diagnoses of what’s wrong and some signposts of hope, this collection of articles raises a deep question: what’s at the root of this social isolation? As we look at the symptoms, is there an underlying cause of this variegated and vicious disease?

Patrick Deneen’s Why Liberalism Failed provides an instructive and incisive answer. Deneen asserts that much of what we currently lament—economic inequality, a desiccated education, a cynical and disengaged citizenry, an ever-expanding state and increasingly isolated individuals—are not so much unfortunate accidents of liberalism, but part of the inner logic of liberalism itself (by “liberalism,” Deneen means the fundamental vision of liberty as autonomous choice, a view shared by both those labeled conservatives and liberals in popular discourse). Deneen’s basic thesis is that liberalism has failed precisely because it succeeded. That is, what we’ve tended to label as bugs are actually key features of the operating system.

What if social isolation is simply the natural fruit of individualistic liberalism?

Combining Deneen’s thesis with the work of the authors in Comment leads me to ask: what if social isolation is simply the natural fruit of individualistic liberalism? What if it’s not the result of something gone awry in American culture, but the outworking of our deepest held beliefs and practices? Put in other words, if the primary way we conceive of the human being is as a rights-bearing, autonomous “individual”—without place, ethnicity, culture, family, custom, or religion—then the social isolation we’re presently experiencing should actually be seen not as an aberration of liberalism’s anthropology, but as its apex.

Deneen rightly recognizes that if social isolation is to be overcome, an alternative anthropology must be offered. Sartre’s dictum “hell is other people” helpfully summarizes the ideal of an autonomous, self-creating self. This hell is vividly depicted by C. S. Lewis in The Great Divorce, in which Lewis’s hell looks a lot like sprawling suburbia, where people are constantly moving further and further away from one another in order to achieve their vision of the good life, which doesn’t include other people. This is a vision of a world where rights are maximized and liberty entails freedom to do whatever I want, with no thought of responsibility, obligation, or affection. The downside is that, as Wendell Berry puts it, when we are set free from responsibility, we are also set free “from the possibility of meaning.” Even Sartre understood that, with only self-generated meaning, we will be led to face despair and forlornness.

So what should we do? What can we do? For starters, social isolation cannot be treated symptomatically. Unless we are willing to consider an alternative anthropology, one that underscores that we are inherently social and relational—a political animal from the very start—we will continue to see the tragedy that results when people, perhaps rightly, fail to see any meaning in the ideal of absolute autonomy. As Berry points out, human beings, as living organisms, are always dependent, porous and placed in relation to one another, to future and past generations, and to the land; it is only corpses who are “independent” from the surrounding environment in the sense that they have no needs or dependency, precisely because they are dead. Thus, Berry’s anthropology, like that of Lewis, is rooted in a vision of the common good that begins from a place of fundamental connection, caretaking, and responsibility, rather than isolation.

The way forward, then, is an alternative vision of liberty that is as old as Genesis, a vision that calls us to see that accepting our limits and creatureliness is the true path to freedom. To see this vision of connection requires faith and imagination, not because it’s so unbelievable, but because it seems too good to be true. Rather than being rooted in suspicion and fear, it looks to the birds of the air and the lilies of the field, which never give a second thought to being anything other than connected creatures, and thereby are free.