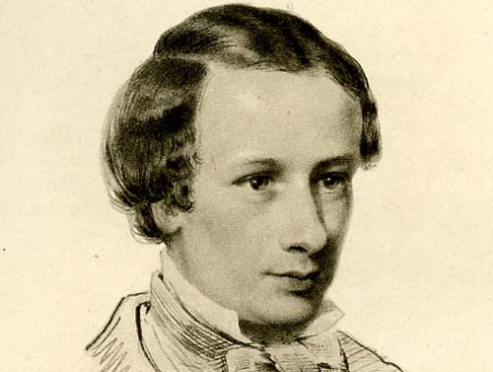 “Democracy is only a continually shifting aristocracy of money, impudence, animal energy and cunning, in which the best grub gets the best of the carrion”
(Coventry Patmore, 1823-1896)

With this epochal election season in full swing and with the release of Ryszard Legutko’s, The Demon in Democracy: Totalitarian Temptations in Free Societies (Encounter Books, 2016) and some of the press it is getting regarding its prognostications of despotism, it’s perhaps not an inopportune time to acknowledge the little-discussed yet much maligned political insights of the Victorian poet Coventry Patmore. For the most part, Patmore’s political writings (odes and prose) are an embarrassment to his biographers and critics. Apart from the writings of Frederick Page, a co-worker and friend of the Inkling Charles Williams who was veritably obsessed with Patmore, it’s hard to find anybody who has anything good to say about his political odes, essays or aphorisms. He was, apparently, just too elitist. Google ‘Political Odes and Coventry Patmore’ and you’ll find them described, colorfully, as group of writings where a “cup of scorn and anger overflows without an aim, merely covering the whole scheme of things with a spatter of contumely.”

Now, as an aside, that’s a classic case, if ever there was one, of contumely being used to attack contumely! But, of his critics, that assessment of Patmore is actually one that spatters the least amount of contumely of the lot, and that was from a friend!

He was elitist, yes, but he was also very, very insightful. I’m convinced that one of the main things that has kept Patmore from the reputation he deserves is, well, his highfalutin name. He’s a hidden gem, but not a gem lost in the dirt. He’s a diamond lost in a hamper of Victorian doiles or a sapphire lost in a parlor room filled with tussie-mussies. His early poetry, too, especially the narrative poem cycle “The Angel in the House” which made him famous, (much deeper and less dated than it sounds), hasn’t helped either. Love, fidelity and praise of the wife in the home turned out not to be a theme with legs that could well survive the 1920’s. Despite that, (and I’ll direct the interested reader to his “To the Unknown Eros” as proof), the critic, Edmund Gosse, who smeared him with the accusation above also had to admit that, “This laureate of the tea-table, with his hum-drum stories of girls that smell of bread and butter, is in his inmost heart the most arrogant and visionary of mystics. There is no figure more interesting or more difficult to analyze on the poetic stage of our generation.”

An admirer of Blake, Patmore, too, hated the “dark, satanic mills” but, unlike many other followers of Blake, he looked to take his societal correctives societal correctives from the insights of the likes of Goethe and Coleridge more than Marx and Engels. In that he was correct. A personal tour de force, he was something, I think, of an English Leon Bloy, a “Pilgrim of the Absolute”, but, in contrast to Bloy’s poverty and lack of couth, Patmore grew up on the ‘right side of the tracks’. Hence, he wrote about well born ladies and hedgerows more the prostitutes and dark alleys but his observations on, and fury at, what he saw as coming era of mediocrity were just as trenchant.

Maybe the best way to situate the ‘high and narrow’ Patmore, though, is to see him as a compliment to ‘low and broad’ Chesterton: “To select an instance in point, there is the hostility of both to Prohibition. Patmore detested such mettlesome popular legislation because it infringes on the liberty of the superior man; Chesterton, because it is an attack, by another kind of superior man, on the liberty of the populace. For both it is not so much the drink that matters as the freedom; not so much the reality as the symbol. Here is only another instance of the remarkable unity of principle which the Catholic spirit made a chief among men of diverse temperaments.”*

Another instance, and the subject of this short piece, is the issue of politics; specifically democracy and it connection to despotism. Patmore’s vitriol seemed never more on display so much as with the passage of England’s second Reform Bill of 1867. Extension of the franchise to 3 million new voters struck him, paradoxically, as the “disenfranchising” of the middle and upper classes. Chesterton, for his part, thought the Reform Acts simply tricks to make everybody think they could exercise political power. Whereas, in reality, his votes could be bought and his representatives ignored.**

Chesterton, remember, was the author who, in The Napoleon of Notting Hill, wrote:

“We are, in a sense, the purest democracy. We have become a despotism. Have you not noticed how continually in history democracy becomes despotism? People call it the decay of democracy. It is simply its fulfillment. Why take the trouble to number and register and enfranchise all the innumerable John Robinsons, when you can take one John Robinson with the same intellect or lack of intellect as all the rest, and have done with it? The old idealistic republicans used to found democracy on the idea that all men were equally intelligent. Believe me, the sane and enduring democracy is founded on the fact that all men are equally idiotic.

In politics, Coventry Patmore’s name, instead of a liability, might actually be more usefully seen a a key. Coventry was a man who thought his country had broken its covenant. He felt that the corporate life of nation and country, when healthy, was the place, par excellence, where people can “erect themselves above themselves”, but that in times of national degradation, man existed within the “malaria of the universal marsh” which “stupefies the brain and deadens the heart”.

“Mid the loud concert harsh
Of this fog-folded marsh,
To me, else dumb,
Uranian Clearness, come!”

Patmore “apprehended” (a favorite word of his), that the vote, disembedded (or ‘Fallen’) from an understanding of history and from a true sense of community became a fetish, easily manipulated by the rich and powerful, a development in democracy he called the ‘final change’: “None who has ever lived through the final change” (and all quotes to follow are taken from just one representative essay: “A ‘Pessimist’ Outlook”***), “being in the foul morass of resulting ‘equality’, has been able to discern what national life means, can find in private fortune wife, children, friends, money any compensation for the great life of which his veins are empty.”. Note in that statement, Lasch-fans, the themes later analyzed in Christopher Lasch’s Haven in a Heartless World.

He knows that it is absurd to expect anything from “education” of the mass. True education cannot exist under either kind of despotism. National life is the beginning and end of individual culture, as far as this world is concerned. The acquisition of knowledge by an unorganised or enslaved multitude, which must always be, in the main, self-seeking and unjust, is merely the acquisition of subtler and baser means for the advancement of individual covetousness and the indulgence of individual vices. Such education is but “a jewel in a swine’s snout.”

A pessimist for sure, he echoes Dostoevsky’s “The more I love humanity in general the less I love man in particular”, when he states that, in such times,

“Nor is there any light, unless for him who or him who has a fulness of that cosmopolitan benevolence which is so often the boast of the simpleton or the political hypocrite, but, happily, so seldom the possession of the natural man.”

He’s starts to seem especially relevant and prophetic here, (take your pick with either Trump or Hillary):

The frantic ambition of one bad man/(woman?) and the cowardice of half a dozen others, who would have been honest had it not appeared too personally inconvenient, and the apathy of that large portion of the community which has been sane in judgment but insane in sloth, have brought the final evil upon us….

And props to Rod Dreher (and to yours truly who’s grateful to be working at a monastery) as Patmore sings a proto BenOP tune:

But come it must have done sooner or later, since the powers of evil have invariably, in worldly matters, proved too strong in the long run for those of good ; and such as cannot bear this truth, but require that abiding temporal good should come of their good works, had better go into monasteries.

A few more prophetic quotables from the same essay, (and there are many more essays):

Neither the voter nor the inspector yet know their power and opportunities; but soon they will.

Our condition will very much resemble Swedenborg’s hell, in which everybody is incessantly engaged in the endeavor to make everybody else virtuous.

And his coda to this essay has a distinctly Porcher feel:

I have called these glances at the near future ” pessimist,” because that is the word now generally applied to all such forecasts as are made by those who do not ignore or pervert patent facts. “Optimists,” as far as I can gather, are those who hope all things from ” local option.”

Coventry Patmore: Welcome to the Porch! Someday would you share with us your thoughts on science?

*** As no essay on an angry Victorian is complete without reference to a “dunderhead”, an exception has to be this statement from his essay, “Thoughts on Knowledge”: As boards and committees proverbially have to work on the level of the least wise of their members, so the ideal perfection of this positivism would be government by the insight of the greatest dunderhead, since his experiences and perceptions alone would be sufficiently communicable to have the character of universality. Under such ideal conditions, every reality that makes life human would be completely eliminated. A man who should be detected in secretly entertaining principles of abstract honour, or trying to form his life upon the pattern of a beauty unknown to the arch-dunderhead, would fare as it fared in Athens with the man who dared to crown his house with a pediment ; and vestries, consisting of the prophets of commonplace and popular experience, would vote everything in painting and poetry to be ” bosh ” which should be more esoteric in character than Frith’s ” Railway Station ” or Martin Tupper’s Proverbial Philosophy.
(Image credit)