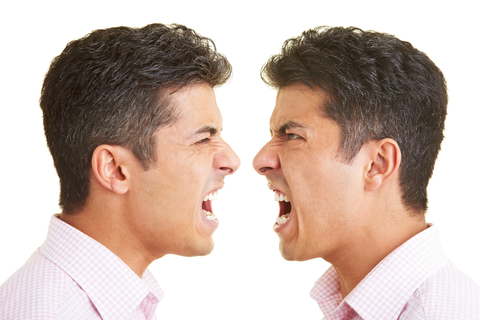 On October 2, 2009, the International Olympic Committee met in Denmark to vote on which city would host the 2016 Summer Olympics. Despite President Obama traveling to Copenhagen to lobby for his hometown of Chicago, Illinois to receive the games, Chicago was eliminated on the first ballot. When news broke that Chicago—the only American city on the ballot—was out of the running, a video captured a group of conservative activists in Texas cheering and applauding happily, reveling in the fact that President Obama had suffered a defeat, and a personal one at that.

This event typifies the phenomena that University of Maryland political scientist Lilliana Mason examines in her new book, Uncivil Agreement: How Politics Became Our Identity (University of Chicago Press, 2018). For those keeping their fingers on the pulse of American politics, it is hardly a surprise that the nation is divided. But according to Mason, this divide is best explained not by political ideology or policy differences, but instead by social identity. And this process spells trouble for the future of our political system.

Mason’s argument is that, over the last several decades, Americans have fallen into a pattern she identifies as social polarization—that is, people are becoming more accustomed to view their political opponents with anger and suspicion, even when policy differences are relatively minute. Large segments of the population are becoming more and more homogeneous, a phenomenon political scientists call “sorting.” As a result, people are interacting with different perspectives less and less, which only serves to reinforce social polarization, which leads to higher levels of distrust and anger, and so on.

The person caught up in negative partisanship will not care as much about policy outcomes as he will about seeing his political opponents lose.

One of the most troubling features of this new normal in polarization is the rise in what political scientists call “negative partisanship.” The person caught up in negative partisanship will not care as much about policy outcomes as he will about seeing his political opponents lose. Put differently, it does not matter what goals are or aren’t met; what matters is that they suffer a loss, and that I gain a win. This process sees the nature of politics as a zero-sum endeavor, which has problematic consequences for a system of government designed with some measure of compromise in mind. And more broadly than that, such a mindset poses serious problems for the common good, in which compromise is essential to meeting the interests of all members of the polity.

Mason attributes the rise of sorting and social polarization to a number of factors. She references Robert Putnam’s seminal research on the decline of social capital in American society, illustrated by how people have “disengaged from their old, community-centered groups and formed new affiliations, tailored exactly to meet their needs” (41). As this was happening, Mason notes, the Democratic and Republican parties clarified their positions on big issues, making it easier for people to follow partisan cues in their political decision making.

Mason also acknowledges the role of the changing media landscape in contributing to social polarization: with more options to choose from, people are able to be more selective in their exposure to news about government and politics. “The news about which groups belong in each party spreads widely,” Mason writes, “allowing individual citizens to understand better which party is their home, and which party is their adversary” (43). As a result of social polarization, Republicans and Democrats are not merely divided by political party; they are increasingly divided by race, religion, geography, and even modes of entertainment.

Mason’s book is rigorously researched and effectively organized. After convincingly introducing the problems of social polarization and sorting in the first three chapters, Mason relies on survey analysis and experiments in the next four chapters to demonstrate the reach of these problems in American politics. Some of her most important findings include: individual partisans, having sorted themselves into more homogenous groups, are more apt to dehumanize political opponents (60); sorted partisans are more likely to be angry and emotionally extreme, preferring the other party to lose rather than seeing common ground on policy (101); and socially polarized citizens are more like to engage politically, but “are doing so on the basis of misinformation and ill-formed ideas” (125). Taken together, these findings paint a fairly bleak picture of American political society.

Ideally, people of different tribes would sit down with one another and listen (really listen) to what the other is saying.

However, Mason does attempt to end on a positive note. While rightly acknowledging the necessity of some degree of partisanship in systems like ours, in her eighth and final chapter she offers some possible fixes to social polarization. One involves simply exposing partisans to those holding opposing viewpoints. Ideally, people of different tribes would sit down with one another and listen (really listen) to what the other is saying. She even suggests that television and movies could be a useful conduit for this kind of exposure, at least in terms of introducing and portraying “the other” in a genuine and sympathetic way.

Another possible solution to social polarization would be focusing more on superordinate goals, or something that has the potential to unite all Americans behind a shared effort. Mason cites the terror attacks of September 11, 2001 as a great example of a unifying moment, while acknowledging that recent superordinate goals have not materialized. She references the inability of Republicans and Democrats to mobilize together against foreign governments’ interference in future elections, but I would also point to the decidedly partisan response to the 2012 attack in Benghazi, Libya, which left four Americans (including the ambassador) dead—in the aftermath of that attack, the response was pointedly team-based.

Ultimately, Mason suggests that the solution to social polarization may come in the form of something largely beyond our control: demographics. Changes to demographics in the United States are inevitable, and they may very well have the effect of re-sorting the American electorate through party realignment. Put differently, if history is any indication, the partisan divides of 2018 are unlikely to look like the partisan divides of 2068—realignments of the kind envisioned by Mason would “reduce party homogeneity and therefore reduce social polarization” (138).

Uncivil Agreement is well written, convincing, and timely. It makes sense of a serious issue in American society and proposes ways to address it. But perhaps most importantly, Mason is clear in pointing to the root cause of this issue: the increasing inability or unwillingness of Americans to associate with those unlike them. While there are in fact some formal, structural factors contributing to social polarization, the biggest contributors are informal and personal. The problem of social polarization will persist until we seek out those different from us in our own communities, until we embrace and genuinely listen to those who make us uncomfortable. For the sake of the American political system—indeed, for the sake of our shared humanity—we should make every effort to do so.

“Following the Science” in a Polarized Age