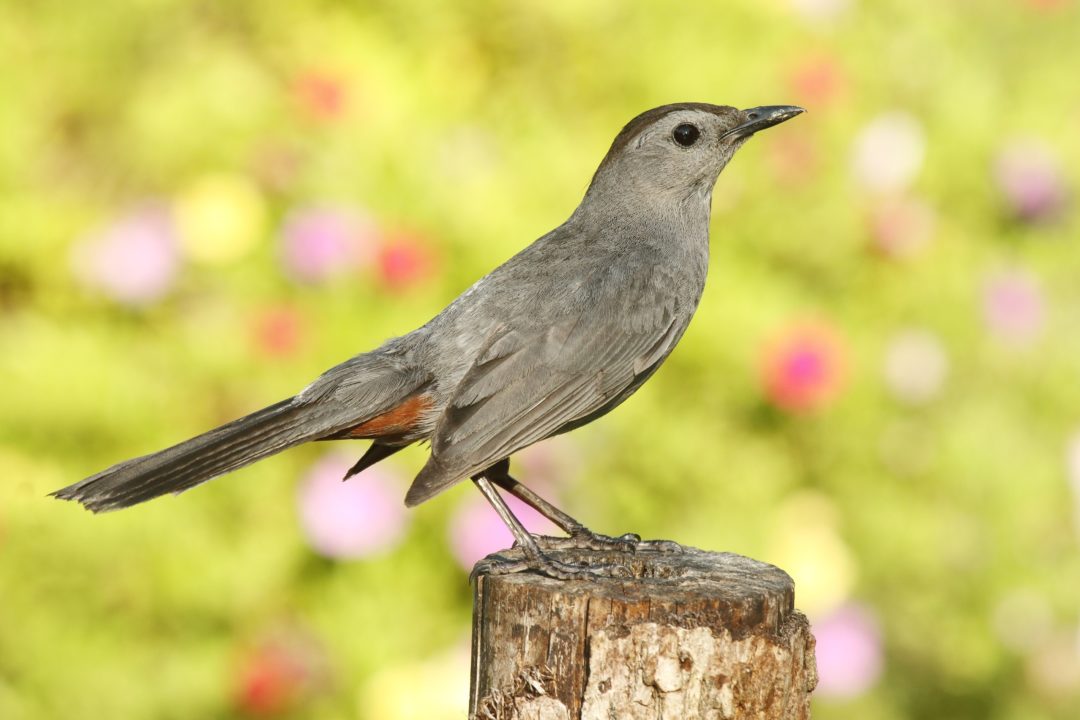 For most of my adult life I’ve considered myself a birder. Some people say “bird-watcher,” but for me that term conjures up the sort of goofy-looking eccentrics you see in Rocky and Bullwinkle or The Far Side. I can’t remember a serious bird enthusiast who called himself or herself a bird-watcher. Birders don’t just “watch” birds. They identify them, down to the most particular species. To take a simple example, birders don’t come home and report seeing a woodpecker. They say they saw a hairy, downy, red-bellied, or red-headed woodpecker. Birders know the habitats, songs, and activities of birds. They can spot them in treetops and thickets, and distinguish minute differences in their markings. People take a lot of pride in becoming experienced, capable birders.

During the May after my first two semesters of college, I took an intensive mini-course on birds, congratulating myself on picking up the easiest science credits ever. For a month, about eight of us followed our instructor into the woods of western Pennsylvania, hiking from dawn to dusk, camping out on occasion, looking for as many bird species as we could find. Come to think of it, it wasn’t all that easy. Nor did I learn much that resembled “science”–as the Registrar at a large university figured out when I transferred. Instead I learned the skills required to be a birder. My favorite memory of that course might be the day when our dirty, sweaty group–all men, as it happened–tromped across a beach at Presque Isle State Park on Lake Erie, picking our way past the bathing beauties to train our binoculars on some ring-billed gulls. For the final exam we circled a room in the science building, trying to identify one hundred species of pictured or mounted birds. I got them all right except one deplorably stuffed, unrecognizable specimen. It was a rock dove–also known as a pigeon.

Off and on since then, I have remained a grateful birder. For about a dozen years I lived in large cities, which put my modest skills on hold; but since then I’ve lived in small towns with wooded parks, and the month of May usually lures me out for two or three birding expeditions. Especially in those first forays after my city years, I’ve marveled at how the diagnostic markings and the names come back to me: rufous-sided towhee, rose-breasted grosbeak, brown thrasher, magnolia warbler. Each May, wherever we’ve lived, my favorites are waiting, the same no matter how faithless I’ve been.

Yet despite the many times I’ve thrilled at catching an elusive bird in my binoculars, I’ve had to admit a basic fact about birding and me: I’m really not very good at it. It’s true that compared to my wife and kids, and many of my friends, I’m a veritable Audubon of the supper table, spouting exotic names and describing gorgeous warblers; but every actual birder of my acquaintance is much better than I am at doing what birders do. They can spot birds more quickly than I can. They can tell a bird by its song. While I squint at some flitting, darting shape overhead, muttering, “Uh, it’s some kind of flycatcher,” my friend has already pegged it as a pewee and moved on. It’s happened far too often to be just my imagination.

Only recently have I embraced my casual birder self. Stumped by some tiny bird hopping around in the canopy, I give myself permission to call it a warbler and call it a day. I don’t feel guilty if I take a year off, and let the migration happen without me. I go to the woods on a whim, when and only when I feel like it. Instead of grimly chasing some ideal of bird expertise, I enjoy whatever I’ve learned so far, whatever discoveries fly into my ken.

Often I don’t need to go looking. The birds come to me. One day I was watering my garden when a ruby-crowned kinglet stopped by for a drink just inches from my foot. I’ve discovered, like David Kline in Great Possessions: An Amish Farmer’s Journal, that birds show up in the course of routine outside chores. Plowing, planting, mowing, tending livestock, Kline observes the abundant bird life around him, often interrupting his work to take a closer look. A neighbor of ours, another one of those highly skilled birders, gives me a call or sends me an email every spring when the hermit thrush returns to her backyard. We relish the chance to watch this woodland creature belie its name and hop across our lawns.

This spring brought an unusual number and variety of birds to the backyard. Along with several ruby-crowned kinglets, which I’m beginning to suspect are fond of town life, I spotted numerous warblers, including one of my favorites, a yellowthroat. The distinctive feature of the yellowthroat, despite its name, is its jaunty black mask. It favors underbrush rather than making you break your neck looking straight up into the topmost branches, which is why I’ve always considered it the casual birder’s friend. But the truly spectacular visitor this spring was a scarlet tanager. I was chatting with my thrush-loving neighbor when she pointed to a brilliant red bird perched in a yard across the street. I’ve seen perhaps a half-dozen scarlet tanagers in my life, until that day always in the woods. They’re a gift to the casual and expert birder alike.

When I noticed a female cardinal flying across our backyard one afternoon with a load of nesting material in its beak, I checked the burning bush outside our study window, where I’d seen a cardinals’ nest years ago. Sure enough, a convenient fork held a shallow bowl of twigs and stalks–the barest sketch of a nest. Over the next day or two we watched as the cardinal built a home. Unlike birds that daub or weave elaborate, snug domiciles, cardinals throw together a pretty utilitarian, ramshackle nest. Our female’s principal building method consisted of sitting on the sticks and twigs she’d gathered, squashing everything down to make a compact hollow.

The dwelling place completed, we watched through several anxious weeks. It was impossible, given its location, to peer inside the nest, so we had to guess how things were progressing. For a week or so the female sat motionless–as motionless as a bird ever sits–then switched to perching on the rim of the nest. Now and then the male made a brief appearance. Once during this suspenseful interval I noticed a much smaller bird darting around in the burning bush. Eventually I identified it by its extremely active nature, as much as by its fan-shaped tail and yellowish-orange markings. It was an American redstart–another bird I’d previously seen only in the woods. Its gyrations made the female cardinal nervous, so she waited until the redstart left before resuming her business.

Over several days we watched three fledglings clamber up from the nest. Coaxed by the male, they fluttered off into various corners of the bush. Soon bush and nest–the latter much the worse for wear–sat vacant and silent. We felt bereft, and kept an eye out for cats.

Kline often refers to “our” birds, describing the species on his place. In his essay “The Long-Legged House,” Wendell Berry also writes familiarly about visitors to his riverside cabin. Phoebes nest under the eaves. Starlings, crested flycatchers, and titmice reside in nearby trees. “On two separate days,” Berry records, “while I sat at work, a hummingbird came in through a hole in the rotted porch screen to collect spiderwebs for his nest. He would stand in the air, deliberate as a harvester, and gather the web in his beak with a sort of winding motion.” Thoreau, a constant presence in “The Long-Legged House,” also has his nesting phoebes. A robin and a partridge (“which is so shy a bird”) keep him company as well. The “Brute Neighbors” chapter of Walden climaxes with Thoreau getting into a boat to match wits with a loon, trying to guess where the diving creature will resurface. Again and again the bird’s “demoniac laughter” mocks him.

Thoreau’s game with the loon might be the most famous instance of bird-watching in American literature. Like Thoreau, the casual birder has time to watch his or her neighbors–in the yard, in the garden, in the bush beside the window. David Kline and his family, just like serious birders, keep lists of the species they identify; but, he stipulates, “Our interest in birds isn’t solely in learning their names so they can be recorded on a list, but rather in learning about the birds, watching their adventures, and studying their ways.” Theodore Roethke, in “The Far Field,” puts it more emphatically and succinctly: “For to come upon warblers in early May/ Was to forget time and death.” In my citified fashion I’ve learned the ways of my own winged neighbors. I call my wife to see the goldfinch perched on a swaying stem. I watch my prairie garden shoot up outposts all over the yard, as various seed-eaters make their random deposits. On summer evenings we listen, until well after dark, to the catbird’s tireless song.