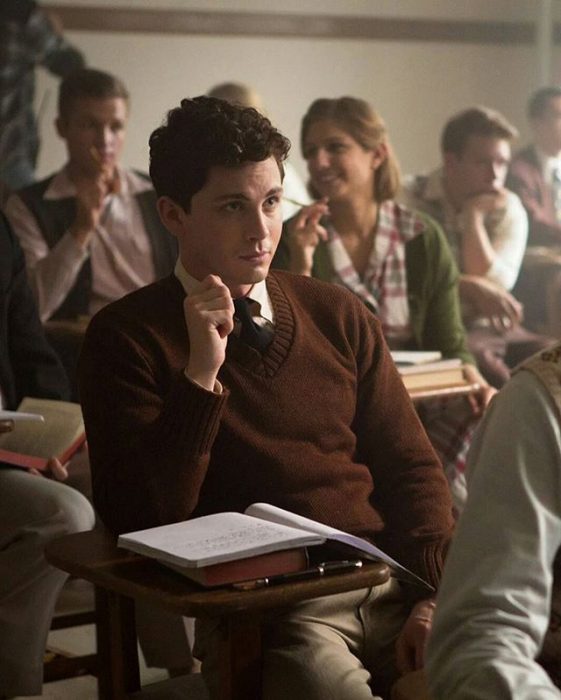 Hillsdale, Michigan. Which is more surprising? To read that a Great Booksy curriculum—which you, a fairly committed Protestant who tries to keep faith under wraps, happen to teach in—turns Protestants into Roman Catholics? Or the idea that classical education of a Great Books kind was actually more a Protestant (or former Protestant) endeavor than it was the work of Roman Catholic colleges and universities?

These questions came to mind after reading another account of the conversions to Rome at a certain college in a state recently more famous for its governor than its universities’ basketball teams’ success in March Madness. The story in particular featured several students at this particular college who came to understand and appreciate the claims of Roman Catholicism thanks to a curriculum that does its darnedest to provide a genuinely liberal education at a time when the humanities are on the rocks. A couple of quotations stuck out:

With Hillsdale’s commitment to teaching the great works of the Western tradition and also establishing a strong historical understanding of that tradition, the curriculum itself invites such questions.

When he started reading books from the Western Tradition that describe early Christians and early Christianity, he had more questions. . . .  He started to investigate the teachings of the Church.

In one of the courses I teach, it takes three weeks to get to Christian sources—the New Testament, not debates among bishops about which books to include in the New Testament. The course starts with Hammurabi, then adds some sections from the Old Testament, before presenting students with a variety of Greek philosophers and Roman (mainly political) authors. If students thought a curriculum that bulks large the contributions from pagan (Greek and Roman) texts sets someone up to convert to Christianity (much less the Roman variety), they certainly forgot (which they read) what Tertullian wrote, “What hath Jerusalem to do with Athens?” And if they wanted to go way way back in the Great Books curriculum, they could well by-pass a classics major and become Jewish. Even the Eastern Orthodox rival Roman Catholics in claims to antiquity among Christian traditions. Does “the West” have an implicit bias for Latin over Greek? I am a historian of the United States. The question is several rungs above my pay grade.

Besides the tensions among the Great Books—rival epistemologies, anthropoologies, deities, political theories, virtues—the idea of teaching this set of texts that runs from the Ancient Near East, through Greece and Rome, early, medieval, and early modern Christianity, and culminates almost always in British politics began not under Roman Catholic but Protestant initiative. Of course, to say that Renaissance Humanism paved the way for Protestantism and challenged the medieval university’s scholastic curriculum as if it were either scholastic or humanist is crude. But Protestants often welcomed the literary and philosophical side of the humanist curriculum that church and university leaders sometimes saw as a threat to tradition. At the same time, while humanism made inroads in Roman Catholic intellectual life, it did so at elite levels—with a particular university or set of scholars. Some scholars even claim that the ratio studiorum of Jesuit fame was a liberal arts curriculum that Roman Catholics lifted from Protestant educators. For Protestants, a humanist curriculum became the framework for educating children. Granted, they were often the offspring of elites, but the common and public school and its ideal of universal education was part of humanism’s legacy.

In the United States, the liberal arts college emerged in the nineteenth century as the standard way to deliver a post-secondary education. In Europe, where universities dominate higher education and colleges are often the equivalent of U.S. high schools (usually way better), the liberal arts college is a novel institution. European states control and regulate universities which in turn provide education for everyone from poets and sociologists to physicians and barristers. In the United States, however, where education is remarkably decentralized, liberal arts colleges persist and even loom large in the way Americans remember the most prestigious universities. Harvard, Yale, and Princeton, for instance, before they became research universities after 1870 or so, were all liberal arts colleges. Which means that a student today at Hillsdale College, or Grove City, or another school that features a core curriculum filled with authors from the Great Books, can almost imagine what it was like to be a student at one of those Ivy League schools in a bygone era.

Of course, those elite universities started as Protestant-church related institutions. Most liberal arts colleges before 1870 were denominational schools. Practically all featured a classical education, surely not for the sake of fostering consideration of the Roman Catholic tradition, but to participate in a set of ideas about the best education going all the way back to the Greeks. Many of the new Protestant denominational colleges that sprouted across the country relied on the Yale curriculum of 1828 as their model. James Tunstead Burtchaell, author of The Dying of the Light, a still very instructive and comprehensive guide to the loss of Christian identity at colleges and universities established by Protestants and Roman Catholics, quotes from the catalog of Linfield College (1858), a small Baptist college in Oregon:

In the first year of the preparatory department, English, Latin and Greek Grammar, natural philosophy, Latin reader, Caesar, and arithmetic was enough. During the next year, arithmetic, Cicero’s orations, Xenophon’s Anabasis, Latin and Greek grammars, elementary algebra, Cicero, and Virgil, Homer’s Iliad, and Virgil’s Aeneid were studied if not mastered.

The detail of the curriculum goes on. It mentions that students finally encountered Christianity in the senior year, as was typical of nineteenth-century liberal arts colleges. At that point students read the “Greek New Testament, Butler’s Analogy, and evidences of Christianity” (425-26).

A similar curriculum formed the basis for instruction at Hillsdale College (1844), a Free Will Baptist institution that seemed as far removed from white privilege and genteel society as someone could find in Michigan. Its Baptists were egalitarian and abolitionist to the point (arguably) of being radical. But even though Hillsdale was the first institution (though Oberlin makes the same claim) to admit African-Americans and women, it used a curriculum that had instructed the professional classes in the rudiments of knowledge, virtue, and civic responsibility.

According to the 1853 catalog, the year the college moved from Spring Arbor to Hillsdale, freshmen studied Sallust, Xenophon, Latin Prose Composition, Livy, and more Xenophon. This was after preparation that should have included such ancient studies as Latin grammar, Virgil, Cicero, Greek grammar, Xenophon, and the Gospels in New Testament Greek. Other ancient authors sprinkled the rest of undergraduate study at Hillsdale—more Cicero, Thucydides, Tacitus, Demosthenes, and Plato. Not until the senior year did students study Christianity through recitations in the New Testament and reading Butler’s Analogy.

As U.S. higher education absorbed the forces of academic specialization and lost its overtly Christian cast, liberal arts education had to compete with a curriculum that gave more attention than previously to the natural sciences and that made room for majoring in a particular field of study. As such, a course of study featuring the Great Books became something of a conservative defense of a set of intellectual habits rather than preparatory training for professions engaged in pursuit of virtue and the common good. Institutions such as St. John’s College and the University of Chicago, under the leadership of Robert M. Hutchins, keep alive across the curriculum the sorts of texts that had been typical in Protestant denominational colleges. Although Hutchins was the son of a Presbyterian minister, his Great Books curriculum was an effort in part to preserve what Russell Kirk called “the permanent things.” The permanency of these ideas and texts did not arise from special revelation, the church, or the study of divinity. It was something basic to human life and reflection.

Another version of the Great Books outside the classroom, one that points to either the Protestant or secular resonance of the West’s intellectual heritage, is the Liberty Fund’s Library of Liberty. An educational foundation started by Pierre F. Goodrich, Liberty Fund runs seminars devoted to discussing the Great Books, which it also publishes. According to Liberty Fund’s website, “Great books are the repository of knowledge and experience,” the articulation of “the wisdom and learning of the ages” that have an important role to play in developing an “understanding and appreciation of individual liberty and responsibility.” The Goodrich Seminar Room, which is a monument to those basic texts of the West, is located at Wabash College, Goodrich’s alma mater, a college established in 1832 by Presbyterians.

None of this means that the Great Books is a Protestant endeavor or that Thomas More College (1978) or Wyoming Catholic College (2003) are interlopers in the world of Christian liberal arts institutions that rely on texts supplied by the Greek, Roman, Christian, and early modern European (often British) authors. In fact, someone could well notice that the nineteenth-century liberal arts colleges did not spend much time with the church fathers or medieval writers. A curriculum that features Augustine and Aquinas along with Xenophon, Cicero, Homer, Hume, and Locke might well set students up to think that the West’s intellectual heritage coheres in the Roman Catholic Church. Those same students would have to notice the chronological challenge of that idea since in the liberal arts tradition the West “begins” with pagans and ends with Protestants or skeptics.

The irony of conversions to Rome that draw on a Great Books college education is that Protestantism has been as much responsible for the institutional homes for the liberal arts as Roman Catholicism. Someone might well point out that the trivium and quadrivium of the medieval universities were a source for the liberal arts curriculum. But without the additions of Renaissance humanists, Protestant theologians and political theorists, and skeptical philosophers, the liberal arts as they emerged in America would not exist.

Reasons for converting to Rome in this intellectual context likely have as much to do with a kind of nostalgia for either antiquity or medievalism or a discontent with contemporary Protestantism (read evangelicalism) as they do with thinking the Great Books somehow support the teaching of the Roman Catholic Church. That observation should not discount conversions or the appeal of Rome’s intellectual achievements.

Still, the Great Books and the institutions that teach them have in the United States typically been the province of Protestant or former Protestant professors. The West’s intellectual output is not a Roman Catholic endeavor even if contemporary Protestants —mainline, evangelical, or confessional—have shied away from identifying with the West since its authors became synonymous with racism, patriarchy, and elitism. Why Roman Catholics identify with an education that has such a tarnished reputation or why Protestants have become too timid about their intellectual heritage is a subject for another essay.

The Instrumentalization of the Liberal Arts