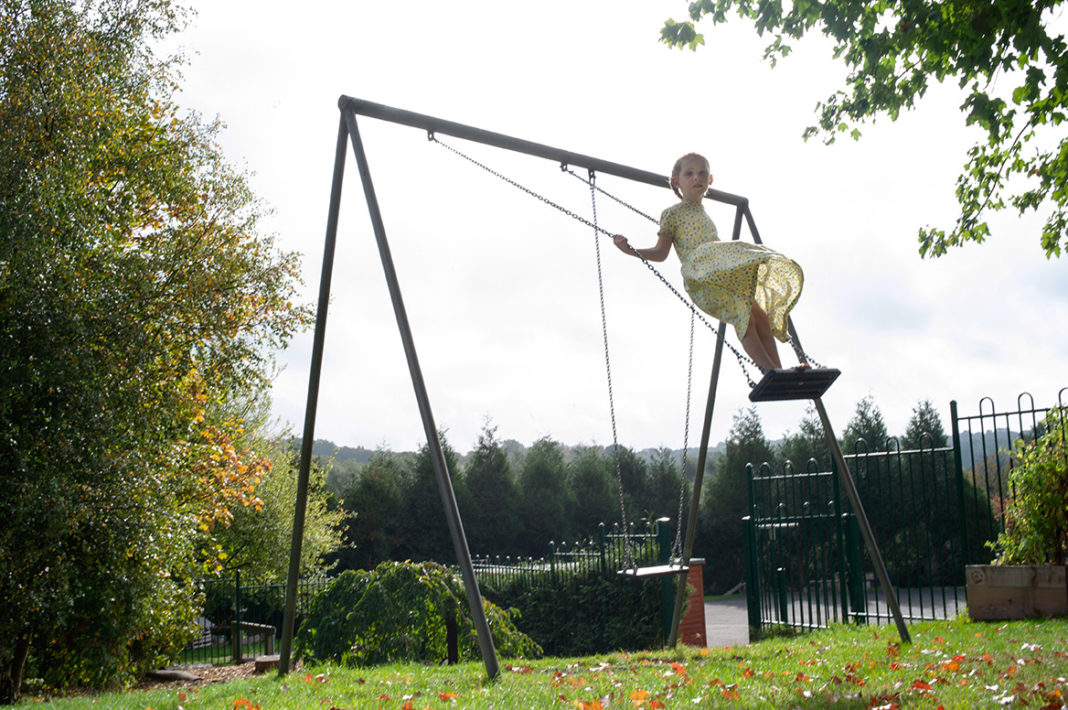 Jackson, TN. Websites like the Front Porch Republic offer a place to share critiques of the mass age. While this is helpful for imagining better ways of life, I sometimes find myself wondering about the next step. There will always be small improvements that could be made in my city, church, and neighborhood, but does finding deep membership in modern life require something more? Some may dream of moving or retiring to a rural area, owning land, or seeking some form of small community that already exists. How can this attraction toward more local and communal ways of life become more than an intellectual critique but a lived reality?

Places marked by a deep sense membership do exist, though they remain the exception rather than the rule. One such place is the Bruderhof, which is an intentional community rooted in the Anabaptist tradition. The community was founded in 1920 by Eberhard Arnold, a German theologian who became disenchanted with approaches to Christianity that ignored the poor. As the Nazis rose to power, the Bruderhof were forced to flee from their native Germany. The group has since grown and now includes 26 communities across 7 countries, including 17 in the United States.

To celebrate their centenary, the Bruderhof published a book titled Another Life is Possible, which offers a glimpse of their approach to education, work, and community through stories and photos of the lives of 100 members. The first thing one notices when perusing the book might be the distinctive dress of the Bruderhof. But upon further reading it quickly becomes apparent that what truly sets them apart is not their dress, but how faith is integrated into all areas of life. They believe God’s will for them is “a life of peace and unity, where no one is richer or poorer than another, where the welfare of the oldest, youngest, and weakest is a shared priority; where family life is treasured; where there is meaningful work for everyone; where there is time for laughter, friendship, and children.”

This is more than an aspirational mission statement: it truly reflects everyday life for members of the Bruderhof. The larger communities (200-350 members) provide their own school, dining hall, basic healthcare, and even employment, and one operates two businesses designing and manufacturing equipment for playgrounds and disabled children. Children learn many practical skills (e.g. construction), in addition to their traditional schooling. Much of the work of the community happens on site, with and for other members, resulting in a high degree of self-sufficiency and sustainability.

This allows the community to protect against modern approaches to work that might distort their life together. For example, members are actively discouraged from working overtime and have much flexibility related to taking leave from work. Avoiding overwork becomes more possible when one’s supervisor and co-workers are also community members. Even though work is important, members keep it in its proper place. One man has held a variety of jobs inside and outside the community, including fire fighter, mechanic, contractor, and technician in the tooling department for one of the Bruderhof businesses. But his work does not define him: “I wouldn’t say I’m ‘called’ to the specific job I’m currently doing. Living in community with brothers and sisters, sharing all things, and serving one—that’s my calling.” He continues, “It doesn’t matter so much what I’m doing, but what I’m doing it for.”

The Bruderhof also guard their way of life through an especially intentional approach to technology. Some might assume they are completely averse to technology, but this is not at all true. The community uses cutting-edge technology in its work, but before adopting any new technology they first stop to question how it could alter their life together. Even forms of technology that make work easier or more efficient will not be adopted if they are deemed to detract from the life of the community. Their approach is not “outright rejection or acceptance, but constant careful thought about technology’s consequences: Any use of technology that undermines the richness of human relationships must be presumed suspect, especially if it encourages passivity rather than creativity.”

Prioritizing the local and relational over efficiency produces incredible fruits in the lives of members. The book profiles several physicians who claim their approach to practicing medicine is far superior in a community setting. One noted, “I can address my patients’ problems in a more comprehensive way than I could in a non-communal setting. For example, I usually know my patients’ families and what their home life looks like, I feel free to ask questions or make suggestions that might enhance their care.” She noted that the community is able to adjust work responsibilities so people can care for family members, and that she has “time to fight insurance companies on my patients’ behalf, and I have time to really go the second and third mile for patients.” Such personal care stands in stark contrast to the profit-based approaches that dominate modern healthcare. This freedom to be present is reflected in the Bruderhof’s treatment of those who are most vulnerable, especially children, the elderly, and the disabled. Rather than moving them through various institutions (e.g. schools, nursing homes) at maximum efficiency, the community is able to devote personal attention and care to its most vulnerable members.

Some might assume such a community would necessarily be monolithic, but the Bruderhof has a surprising amount of diversity. The community is comprised of members from all different ages, races, social classes, and denominational backgrounds. Those members profiled in the book include a former soldier in Saddam Hussein’s army, a former United Church of Christ pastor, and a student attending the Duke University School of Medicine. The author of the book was herself a successful entrepreneur who founded a graphic design and advertising agency yet sought a more meaningful and communal way of life.

Though the Bruderhof embodies tradition and localism within daily life, they do not appear to shelter or control their members. Many members work and attend school elsewhere, and they even share and celebrate the stories of people who were raised in the community but discerned a different calling for their life; the community provided financial and practical support for these young people as they made this transition. In short, the community seems to find unity first and foremost through a way of life rooted in a place, rather than by strictly enforcing a uniformity of ideas and beliefs.

To some this may sound like an attempt to create a utopia, but the community is very upfront about the hardships of communal life. Those who admire the Bruderhof’s distinctive way of life should also know that the community does not exist primarily for the sake of localism and sustainability. Their ultimate goal is to transform every area of life into a form of worship, which is no easy task in our modern context. Sustainability and localism are necessary for the Bruderhof to pursue their vision of faith, which involves embodying peace and simplicity within everyday life.

What does the example of the Bruderhof offer those who seek a more communal way of life? Mass society is powerful because it is pervasive, and even those who disagree with its ethos may find their lives shaped by its influence. The Bruderhof bear witness to the power of an integrated life where work and education are consistent with the community’s highest values, rather than being determined by the forces of national politics, capitalism, or the school system. They do not blindly follow the status quo but have chosen to organize their life around simplicity, self-sacrifice, and peace.

The Bruderhof’s refusal to be swept up in the mass age may seem unusual, but to them it is necessary. They are not narrow-minded or uniformed; they are guided by a vision of a truly good life. Their way of life may seem suffocating to some, but to others it is a breath of fresh air, offering the freedom to pursue a life of true human flourishing. While the world around them chases money and political power to achieve its agenda, they are content with a life governed by simplicity and peace. Rather than a direct rebuke, they are a living witness to us all that “Another Life is Possible.”