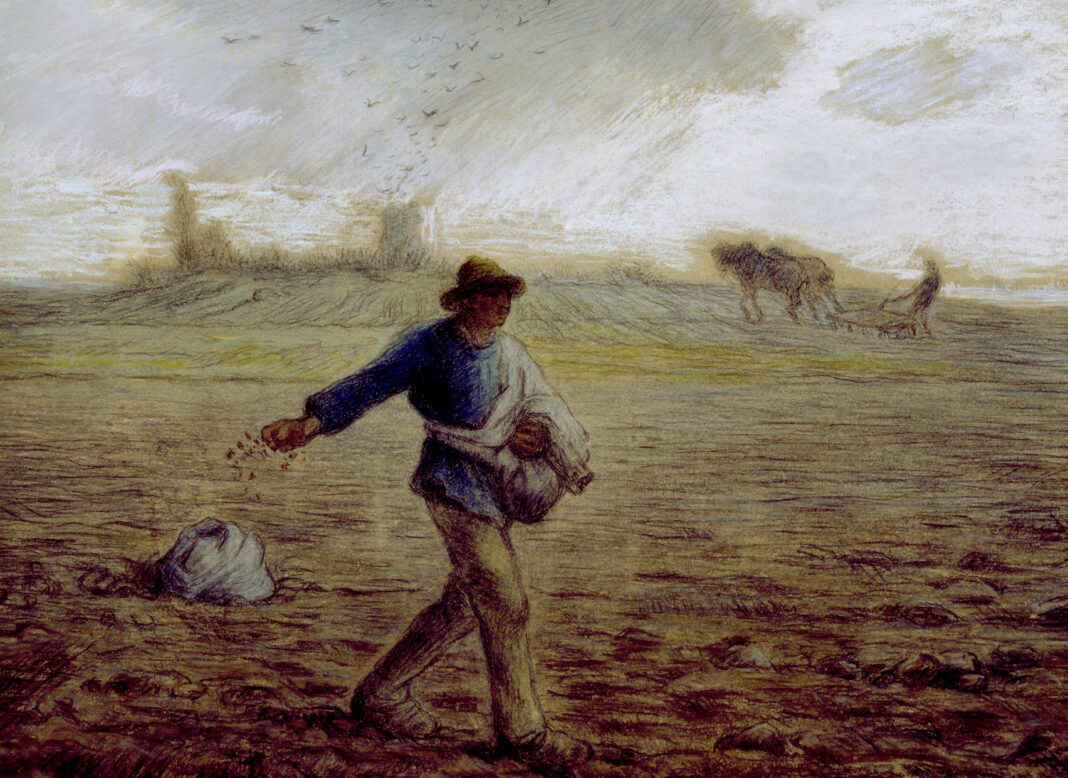 Vilonia, AR. Woah! There he was in the middle of his little quarter acre garden, just a bit on the other side of the by-pass. Bent over. Closely observing. Stretching to handle the barely budded, not yet produce. I could see his walker parked at the end of the row. Braking quickly, I turned off Hwy 107, parking in front of his truck. Leaving the air con running with my dog barking out the passenger window, I headed toward him. Navigating the rough ground in high heel shoes and the dress attire I wore to campus that day, I began wagging my finger at the aged, and recently widowed Pastor. It was above 90 degrees, but the sun was gentler now, as it began a westerly descent.

Laughing, as was his habit in all things, he began telling me that fretting was a common occurrence among friends and family who felt he should not be putting a garden in this year. I looked closely at his almost full head of hair and was thankful it allotted some protection from the sun. He wore shorts and support socks, and what looked to be orthopedic shoes. Rarely would anyone from our rural community ever see him in anything other than dress pants and a finely pressed button up. And “see” him, they did! At the diner early in the morning getting coffee with the town sages; at the Farmer’s Market encouraging little farmers and artisans; at City Hall, where he serves on the town council to this day; or at church. Not just his own church, but any congregation that will have him.

Back when he first came to Vilonia to plant the Assembly of God church, he began a loose confederation of area churches who would agree to meet yearly for a supper, or at a sunrise breakfast on Easter. He made more kinds of gardens in our community than just this corner quarter acre where we stood. In fact, back then, his overall ministry and vegetable gardens were much larger than now. In retirement, he may preach to fewer people in number on a weekly basis, but fewer does not mean less. In God’s economy and kingdom, the little is much, no matter where you find it (at the beginning or near the end of life). This was a leitmotif of our ensuing road-side colloquy.

Pastor explained that it was the tradition of his family to put in gardens up until the day they died. His father lived at least ten years beyond where Pastor was chronologically aged. So, he felt he had many summers left, although he suffered for years with broken and brittle bones. Besides, he assured me he would not die one day earlier or later than God had planned. He farmed without fear of dying from heat or exhaustion. It would be a good death on account of either one, he surmised. I joked with him that I was supposed to be the sovereign grace proponent between the two of us. Of course we had built a respectful and easy relationship over doctrinal matters for going on eighteen years. Standing in the dry dust of Faulkner County, we were simply two philosophers: an Anglican and a Pentecostal, old and older, a Castle and a King (literally, his name is King and mine Castle).

The first I ever knew of Pastor’s husbandry skills was when he showed up at my door in 2004 with a new hot water heater. He never required me to attend his church or implied that I owed him anything. As a single mom, a hot water heater can embody the same hope found in a seed, or sapling. That is, that better days are coming. Pastor, a master gardener, planted many such items in families across the county (and beyond). To some, a little can go a long way, or put another way, good soil will eventually produce. Pastor wasn’t thinking in terms of harvest though. He wanted to be a good Sower. Whether it falls upon stony or hard soil is the Lord’s worry. His was to give and give and give, liberally casting seed into the world. He followed Jesus’ command to open our hand wide, and not let your right hand know what has been counted out into the left hand. Pastor tended his own garden in straight rows, but he allowed others to take the seed and do what they will. Whether he was sowing the Word, the seed, or the need—Pastor’s joy was always in obedience to Christ’s command.

As vehicles passed, he reclined on his walker and continued to tell me about his ancestors who were a poor people living off slender pensions, but managed to give thousands to missions—money they earned from gardens. Determined to follow them as far ahead on the Road as he could, the little Hobbit Pastor of Vilonia declared his mission. No lectures about health allowed today! His journey was not yet finished!

We continued our discussion and it veered off into theology, as it always does. Like an eager school girl I shared with him the wisdom I learned from the son of a mutual friend of ours, about birds and nests, Jacob and Esau, and Jesus’ thoughts on “the least of these.” Of course the matter included The Last of the Mohicans, and Saving Private Ryan, for no discussion is complete without a good story. From beginning to end, we never departed our theme, which included Deuteronomy 22:6 about birds and their nests, as well as verse 22:7: “that it may be well with thee, and that thou mayest prolong thy days.” The only other promise made like unto it is the commandment to “Honour thy father and thy mother, as the LORD thy God hath commanded thee; that thy days may be prolonged, and that it may go well with thee, in the land which the LORD thy God giveth thee” (Deuteronomy 5:16). Today, that land, was reduced to a tiny patch that will no doubt feed many families (including mine).

We chuckled a bit after affirming that the Lord is good, and the conversation turned toward the garden. He had squash of every sort, sweet corn, okra, tomatoes, and peppers, among other items I have since forgot. The dirt was dry, even though water from the last month of rain stood in puddles of mud nearby. A few days of 90-degree temperatures had made the ground thirsty again. Pastor was quick to point out that he would not be using tap water, but better to use as much of the muddy water as possible. The nutrients were richer that way. Besides, fertilizer was four-fold the cost it was this time last year. One must be an even wiser husbandman in times like these. I ask him about the few weeds scattered here and there. He made a distinction between those that posed the greatest risk. They had to be pulled by hand, for they were interwoven with the tender plants. That was the task he was working on when I arrived. The rest of it could be tilled up the next time he came.

It occurred to me that without conscious effort, like the Puritan pastors of old, he was testing my catechism: “what do you know, girl, of the Word of God, and how do you apply it to all of life?” In other words, show me what may be harvested from the seeds sown in your heart. I interrupted his weed-pulling to gently rebuke him for perceived carelessness regarding his health, but like the mother of Christ, I was the one needing correction—for Pastor was simply “about his Father’s business.” As if to act out our philosophy, he was a “good shepherd,” and I an “honoring” daughter. Perhaps we both would live long on the land and finish our heroes journey, our pilgrim’s progress, at the “lighted inn.”

The Beauty of Tolkien’s Quest