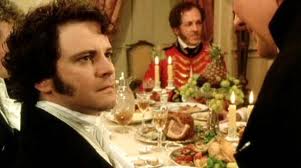 Recently a group of college men invited me to lead a discussion on the idea of the gentlemen. This invitation came about, at least in part, due to the publication of two pieces (here and here) on Jane Austen and the gentleman. Having laid out some of the reasons Austen’s depiction of the gentlemen is attractive and shown why this ideal has been severely eroded, I would like to offer a concluding article suggesting what, it seems to me, are the key attributes of the gentleman. But before getting underway it is necessary to ask a foundational question: is the ideal of the gentlemen even relevant in our democratic age?

To be sure, the gentleman in Burke’s day, as in the American colonies and early republic, was a designation of social class. Members of the class of gentlemen were expected to adhere to certain social norms, but one was a gentleman by birth and only in extraordinary circumstances could a man not born a gentleman hope to become one. Today social and class mobility is much more fluid and so, presumably, the designation of gentleman might be open to all in a way that was simply not the case prior to the twentieth-century.

However, the commitment to equality that characterizes American society (and indeed all western societies) is not completely benign. When equality means equal in the eyes of God or equal before the law, the concept is true and good. But when equality is taken to its extreme, it leads to an inability (or an unwillingness) to make distinctions. Thus, one opinion is as valid as the next, one social behavior is as good as another, and our ability to render judgment is summarily attenuated. This is devastating for the ideal of the gentleman, for if nothing else, this ideal depends on the ability to discriminate between good and bad, between the noble and the ignoble, between virtue and vice. When we lose the ability to make distinctions, or lose the courage to do so, we simultaneously lose any meaningful notion of the gentleman.

Thus, right at the start, the gentleman is one who is willing and able to judge well. He is discriminating in his judgments and does not shy away from making hard distinctions even when they cause him discomfort and even when he is forced to stand alone. And while admitting the social differences between our day and Jane Austen’s, I think it is possible to glean from her work several key attributes of the gentleman, attributes that are as applicable today as they were in her time. Austen’s gentleman par excellence is Mr. Darcy and it is his example that is foremost in my mind. However, as readers of Pride and Prejudice know, Mr. Darcy himself has lessons to learn and room to improve—as have we all.

First, the gentleman has a firm sense of propriety. Propriety is a word that has fallen out of fashion, but that is unfortunate. A person possessing a sense of propriety knows what is appropriate for every situation. This requires wide-ranging experience in various social settings. It furthermore requires the ability to distinguish between timeless principle and cultural practices that can vary from place to place. A sense of propriety, when properly formed and not merely a sense of personal dignity, requires an awareness of other people. A person with a well-developed sense of propriety makes other people feel at ease. This may at times even require the violation of a cultural norm in the service of a fundamental principle.

Although I have no idea if it is true, consider the following story told of George Washington. Once at Mount Vernon, Washington entertained a rustic from the frontier. During the meal, a bowl of soup was placed before each person. Washington’s rustic guest picked up his bowl and commenced to slurping it down. Without missing a beat, Washington picked up his own bowl and did likewise. Washington understood that the purpose of manners is to facilitate social intercourse, but in this case, to adhere to the social standards generally practiced at Mount Vernon, Washington’s guest would be embarrassed. Thus, Washington set aside a particular convention to attend to the more fundamental concern of making his guest feel comfortable. Of course, a person of propriety does not make a habit of flouting manners, but the gentleman is able to recognize the exception, for he seeks the good of those in his company. Mr. Darcy is, to be sure, committed to observing the conventions of his day and class; however, it takes some hard words from a lively woman to help him see that self-importance and pride are not the same as propriety.

The second attribute is amiability, which is closely related to propriety. To be amiable is to be friendly. An amiable man is a good conversationalist who is interested in the people with whom he speaks. He is not self-absorbed nor is he so self-conscious that he refrains from engaging with others. Mr. Bingley is often referred to as amiable and this attribute seems especially notable when compared with the cool detached manner of Mr. Darcy, who eventually, in loving Elizabeth, learns to be more amiable. An amiable man is not a boor who cares only for the sound of his own voice. Mr. Collins is a boor, for he has no sense of propriety and therefore his attempts at amiability consistently miss the mark. Here we can begin to see how the various attributes of the gentleman complement each other and to have one attribute without the others results in a misshapen man. Take, for instance, Mr. Wickham, who is the very picture of amiability but also a bad man.

Mr. Wickham lacks a third attribute that Mr. Darcy possesses in spades: constancy. Constancy is, simply put, consistency. A man possesses constancy when he actually is what he appears to be. Mr. Wickham is amiable, yet he lacks constancy. Thus, he is willing to present himself in a false light. On the other hand, Mr. Collins possesses the virtue of constancy, yet because he lacks a sense of propriety, he consistently falls flat in social situations. Mr. Darcy prides himself in his steadfastness, in the fact that he does not waver. This, of course, is an admirable trait so long as the principles to which one is committed are sound. A man who is committed to treating others with respect, to helping those in need, and to behaving with dignity is a man whose constancy is well directed and laudable.

Fourth, the gentleman is willing to sacrifice for others, and though he does good deeds, he does not insist on publicity. He is secure enough not to blow his own horn. He surely does not use his social position or material circumstances to leverage his way into a woman’s heart. Mr. Darcy goes to great lengths to see that Wickham and Lydia are married. This is at considerable financial cost to him but more significantly, Darcy is forced to deal with and benefit a man he despises. All of this Mr. Darcy seeks to keep secret, especially from Elizabeth, for he does not want her to feel any obligation to him, lest she feel it necessary to marry him out of familial gratitude. Ultimately, Mr. Darcy is concerned with Elizabeth’s happiness and he is willing to forego his own to secure hers.

Fifth, a gentleman can admit he’s wrong. This is not easy, for a gentleman who assiduously seeks to cultivate the attributes of propriety, amiability, and constancy will, in one sense, be loath to admit that he has failed to live up to the very principles he espouses. Darcy’s first proposal was a travesty, and Elizabeth does not hesitate to hit him where it hurt most. She informs him that she might have felt more concern in refusing him if he had “behaved in a more gentleman-like manner.” This, we later learns, cuts Darcy to the quick. Once his anger subsides, however, Darcy comes to recognize his error. He makes serious efforts to reform his behavior and, eventually, he admits his fault to Elizabeth and apologizes. While it might be going too far to suggest that Mr. Darcy would stop to ask for directions if he were motoring around the English county-side, he is clearly willing to admit his error in a much more serious matter.

The leaders we deserve