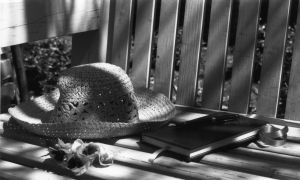 This piece was originally posted at the University Bookman. Check out their site for other similar articles!

If there is one principle which is nearly axiomatic among our contemporaries who regard themselves as poets and critics of poetry, it is that poetry should be written in the language of the everyday. This opinion can be traced back to Wordsworth’s famous assertion that poetry ought to be composed in “the real language of nature” or “the real language of men”—further evidence that we have not yet left behind the Romantic era and its presuppositions. Yet even among the New Critics, who were in general so suspicious of the Romantic project, this standard of sound poetic practice is affirmed; so we find F. R. Leavis praising Eliot’s verse because “its staple idiom and movement derive immediately from modern speech.” Our contemporaries, especially among those referred to as the New Formalists, echo this belief; thus Dana Gioia tells us that he strives to keep his language “contemporary,” and critic Robert McPhillips notes that New Formalism is marked by its “colloquial diction.”

Undoubtedly, the overwhelming majority of material that is published under the label of poetry in our times evinces, by its practice, the conviction that poetic language is nothing other than the common language of the times. And it is precisely because this conviction is now so universal that it seems appropriate to note that no falser belief about the craft of poetry could possibly be made. Moreover, if that belief were not false, then the obvious consequence of a strict adherence to this dictum in our time would be the total preclusion, for ourselves and our near progeny, of achieving anything worthwhile in the art of poetry.

The notion of a pure language or a “language of nature”—a language unspoiled by the encroachments of civil life—is a chimera. The language used in any time and place comes saturated with a variety of cultural influences. What would have been one of the key cultural influences shaping the ordinary English usage of literate persons during the lifetime of Sidney or Tennyson? Obviously, other poetry. Educated people in those times read poetry with relative frequency, and undoubtedly, their habits of speech reflected their habits of reading. The language in use at the Inn-yard or in the drawing room was a language that was already poeticized to some extent. And of course, the cultural force that most determines the prevalent forms of linguistic usage among any people is education, and for the duration of Western history, prior to the conclusion of the nineteenth century, the form of education administered to students was a humanistic and literary education, an education that consisted primarily of the reading of poets and orators. So however fully or hesitantly a poet of these eras might draw upon the quotidian usage of his times, he could not thereby avail himself of anything other than a language already artificial—that is, already shaped by art—and thus a resource perfectly suitable to his ends.

There is a highly revealing passage on this matter in The Art of English Poesy of George Puttenham, one of the more popular manuals of poetic style from the Elizabethan period. Regarding the poet’s choice of linguistic idiom, Puttenham writes:

“This part in our maker or poet must be headily looked unto, that it be natural, pure and the most usual of all his country, and for the same purpose rather that which is spoken in the king’s court, or in the good towns and cities within the land, than in the marches and frontiers, or in port towns, where strangers haunt for traffic’s sake, or yet in universities, where scholars use much peevish affectation of words out of primitive languages . . . But he shall follow generally the better brought-up sort, such as the Greeks call charientes, men civil and graciously behaviored and bred.”

The passage begins with an apparent espousal of a “natural” language, and would appear in that respect almost to anticipate Wordsworth’s position. But this assertion quickly becomes qualified in a highly important way; it is the “pure” language of the “king’s court,” of the “better brought-up sort,” that is to be preferred, according to Puttenham. And what is distinctive about the language spoken among the “better brought-up sort?” Obviously, it is the language of educated persons, of persons who have read poetry. So whatever else Puttenham can mean by “natural,” he clearly cannot mean “the opposite of artificial” or “untouched by artistry,” since the language of persons educated in the humanist tradition is language already shaped by art. And in fact, elsewhere in his treatise he defines poetry as “a pleasant manner of utterance, varying from the ordinary” (emphasis mine), which is to say, stylized or shaped by art.

Everyone knows that poetry possesses no cultural priority in our age; indeed, that is arguably the most important intellectual difference between our times and the earlier generations of Western peoples. Nor do I suppose it is necessary to remind the reader that schooling in our country, and in the West generally, is so ineffectual and pointless that it does nothing whatsoever to improve the linguistic abilities of students. The extraordinary constriction of contemporary English in terms of vocabulary and grammatical complexity is more than enough evidence of this fact.

And as for the cultural influences which do shape the ordinary usage of our contemporaries, what are they? Among other things, cinema, rap music, the jargon of business management, the rhetoric of mass politics. Very little attention to the sort of conversations that we hear everyday will convince us of the influence of these things on contemporary language. So a critic who still insists, in our day and age, that a poet must compose merely in “the language of everyday life” is implicitly demanding that the poet write in the language of cinema, rap music, the jargon of business management, and the rhetoric of mass politics. He is asking the poet to fashion masterpieces out of the cacophonous barbarism of rock lyrics and convention speeches. But that cannot be done, and so he might as well come out and state that the poet should forfeit any hope of excellence, since his insistence amounts to just such a prohibition.

Consider the matter in this way: suppose the pages of Herrick and Gray and Arnold were laid out before you, and you were asked to describe what it was you saw. What would you say they found there? How would you describe the art on display? It seems perfectly certain to me that, whatever else you might place in your definition, you would undoubtedly note that what you were looking at was a stylized language, a language that was far more technically wrought than other forms of language you had encountered, a language in which the effects of tone, and voice, and diction, and metaphor, and trope were vastly more frequent, concentrated, and deliberate than in common speech. In brief, what you would say is something like, “here is a language that is different from all other forms of language.”

Yet perhaps it is not altogether precise to say that poetic language differs from common speech, so much as it perfects common speech. But as a matter of definition, there is always something present in the extraordinary example that is not present in the ordinary. Dance, for example, incorporates the typical physiological motions of mundane life—standing, walking, turning—but it so transforms these motions, and adds so much to them, that no one could fail to recognize that dance is something more than the motions of everyday life; not even the dullest minded person would criticize the performance of a glissade by complaining that it looked nothing like a person crossing the street. Similarly, the meter and synechdoche and chreia which are the techniques of the poet’s artistry have no real analogy in common speech, and so it just makes no sense to say that what the poet is doing essentially is working in the language of everyday life. To be sure, that language will make its way into his work—how could it not—but his goals are not to reproduce that language with any sort of fidelity. His purposes obviously encompass something much more, and where the intentions of the artist lie, there lies also the essence of his art. The poet uses a language that is maximally enhanced with nearly every form of linguistic ingenuity imaginable, and that is why Coleridge rightly objected to Wordsworth’s theory that, if consistently adhered to, it would eliminate at least two-thirds of the beauties from poetry.

A poet must simply decide whether any of the forms of language used in his times are conducive to his aims as an artist, and his primary criterion will be whether or not any of those forms afford him a language that has already been suitably crafted. As I noted, a person with poetic ambitions living in our day and age would be deluded to believe that there is any such public language available to him or her. But whether the poet borrows heavily or slightly from his age’s dialect, whether he tends towards a more formal or a more colloquial style, the decision he is making is always an artistic decision. It is always a choice between styles, and never a choice between style and nature.

We do not stand in need of a return to nature; we need a return to art, for as Burke aptly noted, art is man’s nature.

Consequently, every attempt to represent innovation in poetry as a “return to nature” ought to be suspect; all such revolutions historically have represented a change in idiom, and not some exchange of art for pure naturalness. Coleridge, again, in his critique of Wordsworth’s theoretical enterprise argues quite persuasively that the latter mistook his rejection of neoclassical style as a rejection of style per se. Similarly, in his work Missing Measures, the critic Timothy Steele demonstrates how the early moderns confounded their distaste with the Victorians’ metrics with a distaste for metrical form as such. The notion that the artist can ever get outside of his art must always involve him in such hopeless contradictions. So what is required of the poet in these brutal times is just what has been required of any of his predecessors: the pursuit of excellence in style and craft. We do not stand in need of a return to nature; we need a return to art, for as Burke aptly noted, art is man’s nature.

This is a general prescription; in specificity, such a return to art would include a study of the great English prose stylists—from Bacon to Sir Thomas Browne to Burke—without which no familiarity with the range of artistic effects in our language is possible; it would include a return to the more dynamic meters, in particular the anapest, which enable the poet to raise his language above the quotidian with the least violence to syntax; and above all things, it would include a revival of the ancient art of rhetoric, the art of creating impressions linguistically. These are some of the specific remedies that are in order, but more generally if those among us who have appropriated the title of poet knew anything of the art to which they make pretense, their goals would be diametrically opposite to the ones which presently direct their enterprise.

The Roots of Originality

Poetry and Politics with A.M. Juster