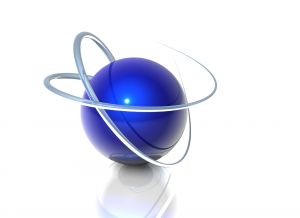 I am angry with my friend; he has betrayed a secret of mine perhaps, or maybe instead he has formed an intimacy with persons he knows to be my enemies.  I start to view his behavior as treacherous, his character as disloyal.  As I am convinced that my anger is justified, given the circumstances, it grows all the more intense.  I begin taking my revenge is small ways, disparaging him in conversation with mutual associates, or waiting a little longer than usual to return his phone calls.  As time goes by, however, I reflect on my own behavior; I realize that it is my own character which has not come off well in the event, that I am behaving in a petty and malicious manner.  I grow ashamed.  I remember something about the importance of forgiveness, and I recall also the many kind favors my friend has performed for me in the past, and my obligations to him on that account.  Eventually, my indignation wanes, and I reconcile with him as though no breach in our friendship had ever arisen.

I have tried to imagine a scenario of a rather mundane variety, such as must transpire many times in the lives of most people.  What I would ask the reader to consider is how deeply the experience I have described is conditioned by language.  It would be a mistake to suppose that, in this case, language traces or recreates the experience, either to oneself in introspection, or to others in narration, as though the emotions and the memories and the intentions were one thing, and their verbal description something else entirely.  Rather, the linguistic understanding of the experience permeates and shapes that experience down to its roots.  I regard my friend’s behavior as disloyal because I have some concept of “loyalty” in mind; such a concept requires language for its formation.  My conviction in the “justified” status of my anger, too, presupposes some linguistically delineated boundary between right and wrong; it is the perception that my friend’s behavior falls on the wrong side of this boundary that fuels my wrath.  Later, my shame arises from the thought that my own behavior would fit adequately under the categories of shameful actions; again, those categories can only be grasped through language.  My memory of my friend’s favors as obligating actions likewise stems from some linguistically-propounded notion of an obligation.  Throughout my experience, language determines thought, which in turn arouses emotions, conditions memories, and alters purposes and actions.  Language determines the experience itself; attempt to excise language from the experience, and you will find that there is no experience left, at least none corresponding to the one described.  There is no indignation, no recollection of a debt of gratitude, no sense of shame, where there is no language to determine these things.

To say that our experience is determined by language is to say nothing less than that our experience is determined by a particular system of symbolic representation.  Our experience is constantly mediated through the symbolism of language, and this affects the tenor of that experience at its most fundamental levels.  The attempt to isolate what in our conscious encounter with reality has been determined, even ever so slightly, by linguistic interpretation from what has remained wholly free from such determination would be an extraordinarily difficult task, and, in the end, we would likely discover that very little in our experience has escaped such determination.  In consequence, any account of human life, and common human activities like political governance or art-making, must be an account of linguistically determined phenomena.  Any methodology applied to human life must be capable of encompassing that full range of linguistic determination, without remainder, or it is not adequate to the task of rendering human self-understanding.

We live in an era when science is purporting, with ever greater brashness, to offer us the definitive accounts of human life, and general human practices like worship or law-following.  The assumption that the methods of science are adequate to this task is extraordinarily widespread.  Yet equally widespread is the ignorance of what exactly those methods entail.  When modern science developed in the seventeenth century, the new and distinctive thing about it, as everybody understood at the time, was its capacity to render mathematically demonstrable laws of nature.  This is what gave its partisans the assurance that the explanations of science were more conclusive – more true – than anything its rival and predecessor disciplines had ever delivered.  Language would become increasingly suspected as a menace to clear thought (as in Bacon’s famous Four Idols), and the linguistically-grounded humanities dismissed as so much interminable and inefficacious wrangling.  Galileo, for instance, in his Dialogue on the Two World Systems, will claim explicitly that the humanities do not state truth; nature, as he famously asserted, is a book written out in mathematics, and only the new mathematically based science was up to the task of interpretation.

Perhaps the best study of this revolution in thought is to be found in E.A. Burtt’s The Metaphysical Foundations of Modern Science. As early as Kepler, Burtt notes, the assumption that “perfect knowledge is always mathematical” was in place, an assumption that would become the root thesis of Descartes’ speculations, “that exact knowledge in any science is always mathematical knowledge.”  Newton based his entire physics on “the certainty of mathematical demonstrations,” and the success of his system seemed to vindicate to one and all his opinion that “science is the exact mathematical formulation of the processes of the natural world.”  Thus modern science marched into the world heralding a new standard of truth in the mathematically demonstrable; from then on, only what could satisfy this standard was to be accounted true.

If we examine those new scientific theories of humanity I alluded to, we will find that they more often than not rely upon the heavily mathematical framework of neo-Darwinism and evolutionary psychology.  Statistical genetics, game-theory scenarios and their accompanying calculations, probabilistic analyses of behavior such as derive from the theory of inclusive fitness – these things comprise the indispensable tools of modern biology.  I do not wish to dwell here on the respective problems attending the employment of this methodological machinery.  I only wish to point out that in employing this machinery, contemporary biology is conforming perfectly to the original impetus of modern science, proving that the pursuit of “the certainty of mathematical demonstrations” is still its dominant enterprise.

Is mathematics capable of representing whatever language is capable of representing?  Are all, or even most, linguistic statements translatable into mathematical statements?  Quite clearly, no.  This is a point so obvious that I suspect most readers will grasp it intuitively.  Return to the scenario I sketched in my intro; what would be the mathematical translation of “my anger is justified” or “my behavior has been shameful?”  Again, one cannot remove such statements from the experience, because they have shaped the experience fundamentally – they are an irremovable part of the experience.  But if mathematics can find no way to represent this part of experience, then science too, is impotent to explain the experience, or pronounce causes of the behavior bound up with the experience.  Is this a major, even fatal, limitation of science?  Consider how much of the experience, as described, is constituted by the various permutations of desire – resentment, and shame, and forgiveness are all forms of desire.  The more we reflect on the matter, the more we will recognize how basic is desire to our subjective encounter with the world, and how much of our experience entails some impulse or other of desire.  Yet numbers, in their austere objectivity, have no capacity to represent desire in any form.  This is most certainly a debilitating defect in the methodology of science, as it is applied to human life, for human life is little more than a frantic melee of desires.

How is it, then, that such an obvious defect in scientific methodology continues to be ignored by hundreds of scholars, who continue to churn out thousands of pages a year, all purporting to offer the public scientific accounts of this or that arena of human life?  Mostly, by ignoring the imperative which emanates from science’s own standard of truth, of finding “certainty in mathematical demonstration.”  Precious little of what is published under the heading of science dealing with human behavior makes any pretense of formulating mathematical laws capable of covering the forms of behavior examined.  This of course does not preclude their authors from assuming the scientific imprimatur of “certitude” and “conclusiveness,” which had always been understood as stemming precisely from the capacity to produce such laws; such authors are like bankrupts passing bad checks, drawing on a fund of objective truth they have not bothered to capitalize.  Alternatively, as I noted, many neo-Darwinists and their disciples have taken to adopting mathematical descriptions of human life, brazenly following this approach to its most ridiculous conclusions, as in Richard Dawkins’ contention that “we simply expect that second cousins should be one-sixteenth as likely to receive altruism as offspring or siblings.”  Then there is the increasingly large number of theorists who essentially deny that there is any such thing as human experience to be explained, who espouse a materialist dogma which effectively rules out the reality of consciousness or subjective experience.  Of this approach there is little more to say other than that when a man believes such things, he is ready for the nuthouse – or the university.  All together, these various strategies amount to a vast epidemic of denial about what scientific methods are capable of accomplishing, and what they are not.

To be sure, this denial is nothing new.  No sooner had modern science leapt into the world, boasting its early and indisputable successes, than thinkers like Hobbes and Gassendi attempted to turn its methods towards the creation of a new theory of human nature and human life.  They ignored the fact that science had achieved its success precisely because, in adopting the system of mathematical symbolism for its researches, it proceeded according to a willful austerity, purchasing its accuracy and conclusiveness at the price of compendiousness.  Three centuries later, and with an almost unfathomable advance in our empirical knowledge, the theoretical impediments to a scientific understanding of ourselves remain the exactly what they were: mathematics cannot translate language, and our experience is incorrigibly linguistic.  The prerequisite for rescuing Western thought from its present doldrums is a frank acknowledgment of this point, and a framing anew of our search for self-understanding according to the methods of the linguistic disciplines – that is, the humanities.  At some point in time, mankind must awake to this evident imperative.  Why not let that moment be now?

Mark A. Signorelli’s personal website can be found here: markanthonysignorelli.com

College and its End(s)