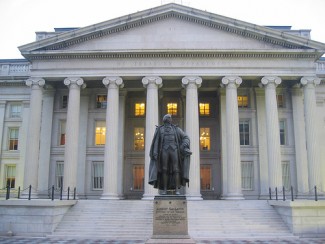 The terms ‘seemly’ (conforming to accepted notions of propriety or good taste) and ‘unseemly’ (not proper or appropriate) describe behaviors which are not, strictly speaking, moral or immoral, legal or illegal, but which are nevertheless fitting or unfitting, and consequently praiseworthy or worthy of disdain. The terms ‘seemliness’ and ‘unseemliness’ find their richest application amid the adventures and misadventures of social intercourse, among friends, family members, and the acquaintances that life throws our way. Do these terms have any application to our relations to the U.S. government?

For an example of seemliness, take the real-life behavior of Depression-era boxer James Braddock (depicted in the film “Cinderella Man”). Braddock, after recovering from a period in which he reluctantly took government relief payments, paid back the money he received. Of course Braddock did not have to return the money to the government, and few would have blamed him for not doing so, but the scene in the movie is nevertheless edifying; there is something seemly about his action, and about his gratitude and generosity in later life.

For an example of unseemly behavior, take the recent tax case in which a well-paid minister made use of the Federal tax code’s ministerial housing allowance to claim a nearly $200,000 tax deduction on a second home. The allowance is a very generous tax break for clergy, many of them poorly- to modestly-paid. Although the tax deduction was disallowed on appeal, the wealthy minister was not breaking any law in claiming it, and is still able to claim an equally generous deduction on his magnificent first home. And yet—his actions are unseemly: he is taking advantage of a law whose purpose is to benefit poor clergy and poor congregations, pushing his legal status too far. He can do this legally, but there is a sense in which he shouldn’t. He is claiming a grant not really meant for him.

I admit to admiration for James Braddock, and to disappointment with the wealthy minister. Are these feelings in fact justified? When we are talking about our actions toward the Federal government, do we have any obligations beyond those which are spelled out in the legal code and discerned by the courts? Is the standard Braddock set worthy of emulation and praise? How could he owe the government anything which it did not claim from him? Likewise, is the wealthy minister claiming anything which does not belong to him, by pushing the tax law as far as it can go? What do praise and blame have to do with it?

The key to our judgments in these matters lies in the way we characterize the relationship of government to citizen. If the government is so large and remote that it is an impersonal force, a set of rules calibrated to meet policy goals, enforced by a police power bound by those same abstract rules; if power exists without any concrete reference to community; and if in relation to government we are citizens simply, all alike as abstract bearers of rights and legal obligations, then the language of moral obligation cannot be expected to bind us forcefully.  One might argue that we owe it to the government or to the country to obey the spirit as well as the letter of the laws, to do more than our part and to restrain ourselves from taking full advantage, but these obligations become more abstract and less compelling the less personal the institution making a moral claim on us.

If on the contrary the government is an institution which exercises authority on behalf of the governed, whose servant it is supposed to be—an institution which helps to order a community toward its general welfare, its commonwealth, its common good—then the term “seemly” is intelligible when applied to actions which go beyond what is legally required, and the term “unseemly” equally intelligible when applied to actions which are legal but blameworthy.

So which will it be: government as impersonal constellation of forces, or a community (We the People)? Mostly, we try to have it both ways.  We take every tax break we can, drive ten miles over the speed limit because the police rarely give tickets to moderate speeders, and do not think we are doing anything unseemly, yet we fault the liberal millionaire who wishes his taxes were higher, but who does not contribute extra money into federal coffers voluntarily. We don’t really expect recipients of welfare to pay the money back, even if their circumstances improve markedly.

The larger the government, the further it will be from community, and from the network of gifts, obligations, and personal bonds which are the soil of seemliness and unseemliness. The further from the person (and those communities which touch the person most closely) a government order moves, the colder, more calculating, and less fitting that government order will be. Both governed and governors will view networks of obligation as abstract systems: the term ‘power’ replaces the word ‘authority’, ‘ethic’ replaces ‘moral’, ‘legal’ replaces ‘seemly’. One of the unavoidable losses of relying on government at a larger scale is the informal but effective bonds of seemliness and unseemliness which hold society together and effectively order the relations of person to person and person to community.

Andrew Yuengert is Professor of Economics at Pepperdine University.