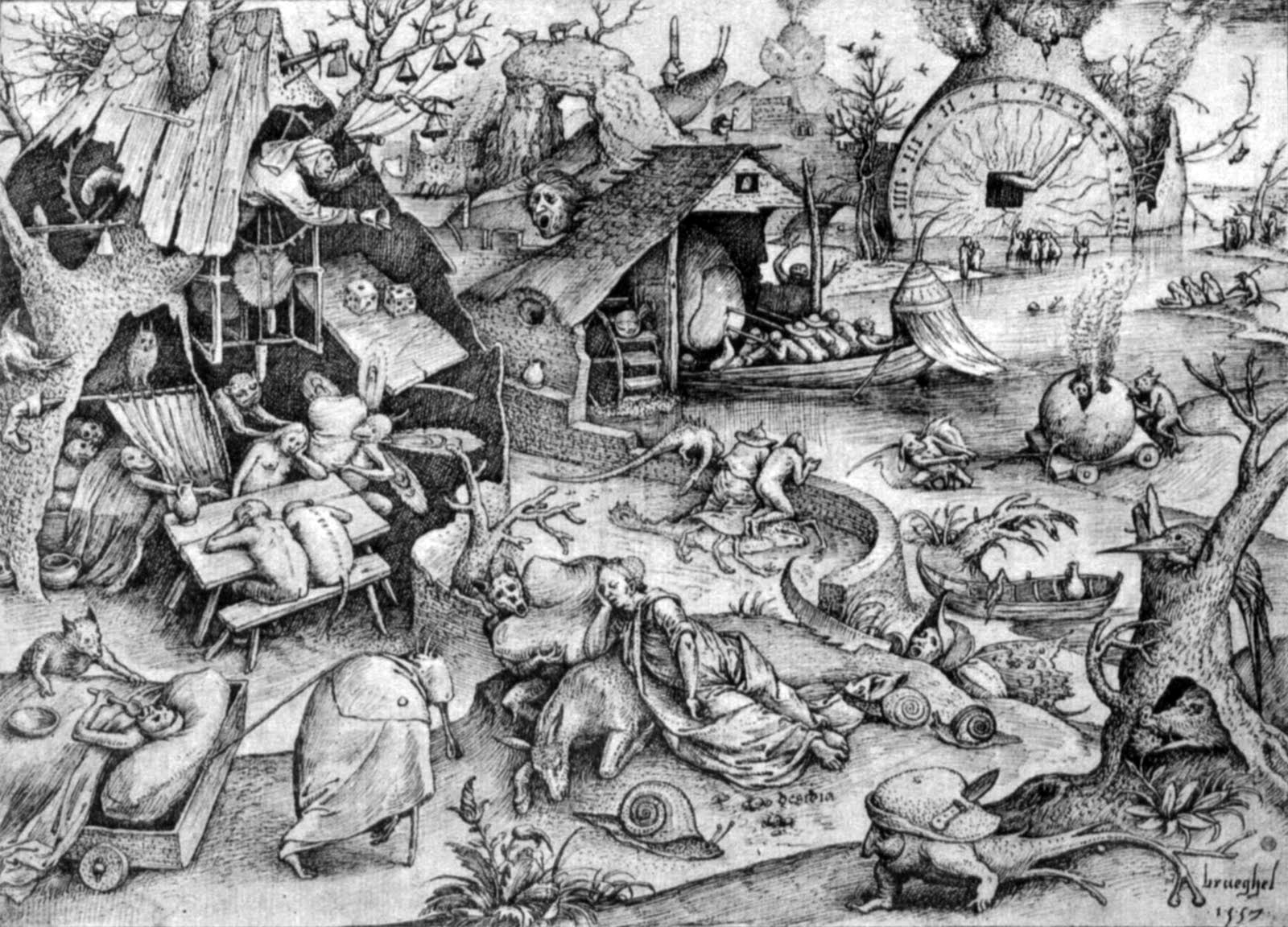 R. R. Reno of First Things has recently identified the “Empire of Desire” by its odd combination of regulation and libertinism. On the one hand, we cannot ride a bicycle without a helmet or let our children play in the park without hovering nearby, while on the other hand we’ve been trained to think that “human beings flourish to the degree that they’re free to satisfy their personal desires,” and so are deeply skeptical of moral and religious limits.

Consequently, we are told, and the successful among us appear obey, to practice a life of almost relentless discipline in terms of work, study, advancement, health, social decorum, political correctness, and self-branding, but with no higher goal in mind than to make “space for bespoke lives tailored to our desires.” We discipline ourselves like ascetics of old, but while they hoped to conquer desire we master ourselves in order to make room for more pleasures, longer pleasures, or faster pleasures. We’re Olympians of desire.

In the Empire of Desire, Desire is checked and guided by nothing other than Desire, and a shrewdness calculating more.

Beauty and genuine, joyful delight can find almost no place in this Empire, for everything must serve the Emperor, but real delight serves no purpose other than itself. This “pointlessness” of delight is developed masterfully by the great Josef Pieper who explains that it is something of a challenge to find anyone who can celebrate a feast. Everyone knows how to be entertained, everyone knows how to rest, but very few are existentially rich enough to engage in activities sought for their own sake, and for no other reason than their goodness. One cannot, for instance, have a feast in order to have a good time—you’ll ruin it by turning the feast into a tool, and not only will you not have a good time, you won’t have a feast. (Isn’t this why work “parties” are so painfully dreary?)

A joyous response, one unencumbered by the Empire of Desire, requires internal conditions of attitude and disposition far more than the externals, for it is not the turkey which makes Thanksgiving. And this internal attitude, Pieper continues, is that of contemplation.

That’s something of an odd response, for it’s not immediately obvious how contemplation makes for a delighting and joyous feast. Feasting seems active, vibrant, social, whereas contemplation seems quiet, reserved, and solitary. Not quite, since contemplation is first and foremost a recognition and willing of the good of other things, he says.

My new book, Acedia and Its Discontents: Metaphysical Boredom in an Empire of Desire, released just a few days ago, is a meditation on the vice of sloth (acedia), which is a refusal to care, a rejection of a proffered good, and its cure, namely, a festive disposition which wills the good. As explained by Pieper, to will the good is to approve it, in the old sense of the term, finding the thing “probus, the Latin word for ‘good.’ It is a way of turning … and saying, ‘It’s good that you exist; it’s good that you are in the world.’”

God is festive, on this reading, for in the creation account of Genesis he delights in the goodness of the world. He sees it, and it is good. Recall Chesterton’s marvelous explanation that the sun keeps rising every day for so many long eons because God is akin to a gigantic child shrieking “Again! Again!” with endless delight. God sees and names all things good, and so he contemplates festively.

Citizens of the Empire of Desire, on the other hand, are taught merely to calculate, always weighing and measuring the value of all things, including those domains that such estimation ought not touch, such as family, sex, religion, friendship, and play. But in weighing all things, we reduce all things. They become Objective, and they become dead, merely resources for use, mere stimuli for pleasure. Things can never be good, and they are bleached out, losing their being and value.

But some try anyway. Some raise cups and voices and feet to another desire, the desire to give and receive, the desire to will and be willed as good merely because existing. And to all those dancers and singers we owe much.

R. J. Snell is professor of philosophy and director of the Agora Institute at Eastern University in St Davids, PA. His most recent book is Acedia and Its Discontents: Metaphysical Boredom in an Empire of Desire.