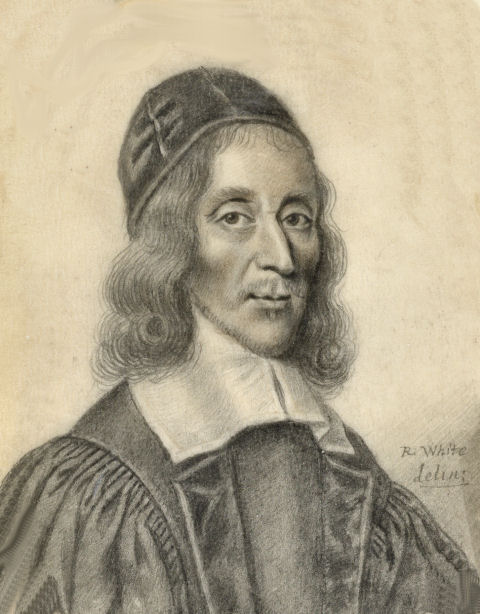 The modern age, in almost every detail, began with the flat rejection of joy.  And the modern condition consists in alternately lamenting that there is nothing in which to take joy and in finding simulacra of the feeling of joy to distract us from our general joylessness.

The length of the list of joys refused should stun us.  The Protestant Reformers looked upon the world and saw it as a ruin, the cosmos lapsing ever further into decay as if to ensure it would play no role in our redemption by Christ.  Martin Luther’s proclamation that one should “Be a sinner, and let your sins be strong (sin boldly), but let your trust in Christ be stronger, and rejoice in Christ who is the victor over sin, death, and the world” has been put to misleading purposes, over the centuries, by Catholic apologists such as Henrich Denifle and Jacques Maritain, and yet Luther’s words themselves figure decay and loss.  Like the world at large, the soul of the Christian has nothing properly good to itself that should cause us wonder.  To the contrary, it has sin, but this sin is “covered” by Christ Jesus.  Sin remains, but is covered over; it is overcome but not extinguished.  We can “rejoice” but the field of joy is in Christ’s strength alone and that strength does not extend to, but dominates, what stands outside of it.

In the wake of the English Civil War, the Puritanical regime of the Commonwealth closed the theaters, stripped the altars, silenced Sundays, and forbade Christmas.  Christians had never denied that mirth and laughter had moral significance, but now only the straight sober lips of austerity could be approved.

Behind all this lay, above all, the rejection of scholasticism and the philosophy of Aristotle.  The advocates of the new learning swept these things aside as impediments to experimental discovery.  Thomas Hobbes sought to refute Aristotle point by point, while Rene Descartes dismissed the established scholasticism through libel and a lack of self-knowledge rather than argument.  Many historians of science have demonstrated the dependence of the new science on the old, and it is doubtful that the physical sciences could be studied without the foundational principles of Aristotle’s Physics to guide them; even so, let us just note two things that these modern geniuses thought they were rejecting: formal and final causality.  They believed the world could better be understood if we denied to individual beings their own essential intelligibility (form) or their own purposiveness (final causality, the why and wherefore of existence).

The new education the moderns thought they were inaugurating was indeed a “school of disenchantment,” wherein everything was in fact less than it appeared to be in experience.  The world contains nothing in itself that demands of us to stand back and give reverence in contemplation.  To see the world truly is to see through it and to discover some use to which it can be put.  Things do not hang together in a meaningfully ordered whole, but fall to dust, a dust subject to our use.  Descartes’ Discourse on Method is usually quoted in support of such a claim, but consider these near-contemporary lines from one of John Donne’s erotic poems:

Licence my roving hands, and let them go,
Before, behind, between, above, below.
O my America! my new-found-land,
My kingdom, safeliest when with one man mann’d,
My Mine of precious stones, My Empirie,
How blest am I in this discovering thee!
To enter in these bonds, is to be free;
Then where my hand is set, my seal shall be.

Here indeed is a simulacrum of joy.  “How blest am I,” the poet writes, his “roving hands” taking possession inch by inch of his mistress, now seduced.  “O my America,” he exudes, that virgin land, a blank of stones in itself, but awaiting the impress of his “seal” to give it form.

Surely, to take joy, to enjoy, is to come to participate in an order at once intelligible and super-abundant.

How is this not joy?  Surely, to take joy, to enjoy, is to come to participate in an order at once intelligible and super-abundant.  It is first of all to receive what we could not provide for ourselves.  It is an old man seeing the sillouette of the son who was lost appear on the horizon; a husband seated in an armchair, when his wife floats in, lithe in a gown of violet and white; a tired sinner looking down in disbelief to find that his hands have been washed clean of all guilt.  Joy is discovering that there is no such thing as genius, but merely an aptitude to receive the goodness of the world and to enter more deeply, to abide in, its mystery.  Joy is to give thanks for the gift of the world only because the world gave itself first.  Donne’s poem merely simulates joy: America is not a gift but a subjected expanse.

Writing in the decade before the English Civil War, the poet and Anglican divine, George Herbert, admonished himself regarding the patterns, the sacramental processions the peasantry made through their fields to bless them:

The Country Parson is a lover of old customs, if they be good and harmless; and the rather, because country people are much addicted to them, so that to favour them therein is to win their hearts, and to oppose them therein is to deject them . . . Particularly he loves procession, and maintains it, because there are contained therein four manifest advantages: first, a blessing of God for the fruits of the field; secondly, justice in the preservation of bounds; thirdly, charity in loving walking and neighbourly accompanying one another, with reconciling of differences at that time, if there be any; fourthly, mercy in relieving the poor by a liberal distribution and largess, which at that time is or ought to be used.

As with everything in Herbert, we find a touching and homely beauty, a good humor and solicitousness for the holy.  And yet a strain runs through his words as well.  The Puritans within his Church had long sought to repress old customs as superstitious rather than to embrace them as sacramental, the ongoing and conscious acknowledgment of God as present to us in and through his creation.  Herbert holds the line, for he enjoys such customs and, even if he did not, knows that his flock does and that he will lose them if he does not accommodate their ancient usages.  Even so, he stands outside those customs as if they can only be enjoyed with qualification.

His brother, Edward, Lord Herbert of Cherbury, had already written de Veritate, a text of natural religion that reduced piety to a few generic propositions.  As a clue to things we all hold in common, it is not bad, but it is also a sign that the old richness of the world has become a vexation in whose goodness we can no longer take joy.  We have, therefore, to shore up the memory of joy with simple and unconvincing rationalizations.

A few decades later, Blaise Pascal, asking himself why the soul, which can pray to God anywhere, should have to accompany its body to Mass, could only answer, for its own humiliation.  The body and its acts were no longer properly united with, and expressive of, the goodness of the soul, and the world outside the mind was coming to look like a confusing, superfluous, and irrational place.

If the world seems a void through which protoplasm and atoms drift; if joy now seems a feeling we can gin up within the mind only through becoming oblivious to what lurks outside it, know that this was a choice modern persons made.  And, further, it was a choice they made in defiance of reason and love, which both want to receive, respond, and enter into fruitful relation with reality.  The modern age rejected joy by rejecting our own natural inclinations.  Or, rather, the best of them.  It elected instead to stretch forth one hand, in submission to a calculating lust after some “new-found-land,” whose form had first to be denied so that we could force a new one onto it.

The Business Like Concerns of Elizabeth Bishop and George Herbert