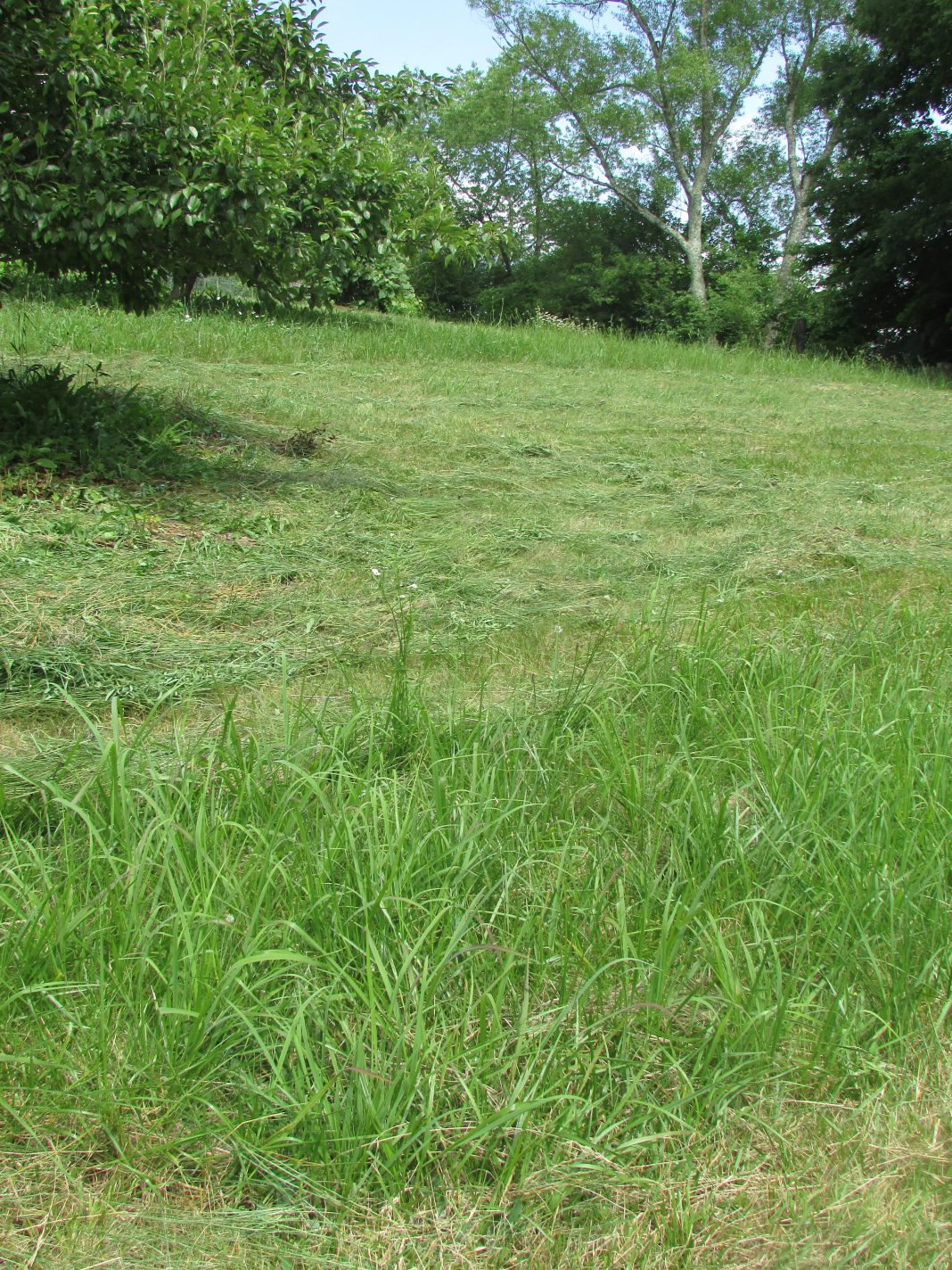 I begin with a proposition adapted from Wendell Berry—namely, that mowing is an ecological act. Mowing extends the perennial drama of photosynthesis and carbon cycling. Too few lawn owners, however, are aware that this is true. They think of grass as a plant, perhaps, but they do not think of themselves as participants in an ecosystem, or, as Aldo Leopold would have it, as “member and citizen” of the “land-community” (which he defined as soils, waters, plants, and animals).

And speaking of Leopold, another passage from “The Land Ethic” sums up the current state of lawn mowing. He writes, “Your true modern is separated from the land by middlemen, and by innumerable physical gadgets. He has no vital relation to it.” Indeed, the many intercessions of the lawn care companies and the corporations producing “zero-turn” riding lawnmowers pretty well drain the vitality out the relation between lawnowner and land.

My neighbors notice the signature I am mowing into my property, and two of them have offered me the use of their lawnmowers. Seen from their perspective, I am sure my writing is hard to decipher if not illegible. It probably looks more like the scribblings of laziness, penny pinching, or both. And so here I offer an explanation.

Around the house, gardens (vegetable and perennial/pollinator), and blueberry patch, my wife and I maintain a lawn proper. Our particular brand of lawn self-righteousness involves several Thou-shalt-nots. We do not

As you might guess, this regimen of mowing means that sometimes the lawn looks a little shaggy. But even at those times, the lawn is an oasis of order compared to the remainder of our land. 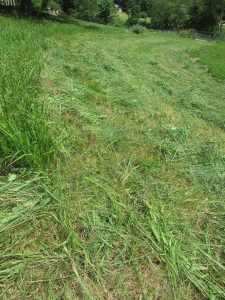 A modest orchard and an acre of pasture flank our lawn on the west and the east, respectively. I clip these areas with an Italian made walk-behind tractor that powers a sickle bar mower. I think Leopold might cut me a break on this “gadget”: the motto of the website that specializes in keeping older models of these machines running reads “farming with your feet on the earth.” For me, this strikes a similar note to Leopold’s “vital relation.”

Leopold might also go easy on me because I think about what and when to mow. My timing is irregular; I try to mow just before that moment when the cut grass would pile up deep enough to mulch and kill the remaining plant. My pattern, too, is irregular. Gene Logsdon’s Wildlife in the Garden: How to Live in Harmony with Deer, Raccoons, Rabbits, Crows, and Other Pesky Creatures (1983; 1999) convinced me that leaving some grass unmown would provide habitat for bugs (some of them beneficial) and other critters (all of them interesting). So along the contours of the orchard and the pasture, there are unmown stripes that feature waves of greening and browning as the seasonal grasses grow and senesce. These stripes pulse with fescue, then orchard grass and clover, and finally broom-sedge. They are a kind of slow motion chlorophyll strobe light, and they make for a signature I like the look of.