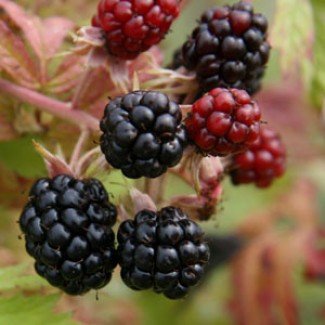 While April first brought April Fools’ Day with all of its jokes and gags, the foolish part of the first of April was not its primary value for me.  It was a time marker to listen, to anticipate, and to apprehend.  So I would begin, particularly at twilight and at dawn, to stretch my ears and hope.  This year it happened on Saturday, the seventh of April: I heard the first whippoorwill in the distant woods beyond the pasture.  Papa said that some of them sing, “Chip married the widow.”  Others, he claimed, might be heard to say, “Dick climbed the white oak.”  The more daring of them are known to croon, “Dick fell out of the white oak,” with a little added tempo.  The one I heard on the seventh quite clearly chorused, “Chip married the widow.”  He and all that he brought with him had arrived.  Today what come with him are mostly memories, fragments I might now attempt  to reenact; however, there was no reenacting when Papa was alive and when I was a boy.  Things happened.

With the coming of the whippoorwill, out came the old piece of driftwood that Papa had used since he was a boy.  Each year, as Chip married the widow or as Dick climbed the white oak, off the old nail in the smoke house it would come, with a coil of string, lead, and hooks wrapped around it.  It was time to go catfishin’.  Beside it hung the bucket with an insert.  That was for the bait we had to catch: live bait, small sunny perch.  Our first adventure was negotiating the banks of narrow branches to catch the bait.  The impediments were ticks, redbugs, mosquitoes, snakes, saw briars, and poison ivy.  We never succumbed to their assault, although we always came home itching, scratching, and bleeding.  After catching enough bait for a double run of the lines that would be strung, we set off in late afternoon to set the poles.  We usually set them in the deep holes of Big Creek, which was the defining geographic feature of the Commonwealth of Pollock.  Today, there are few deep holes left in Big Creek; logging and damming have produced eternal shallows, and the big fish cannot get into the upper creek.  Also, new trespass laws have made walking the creeks illegal for most of us.

Papa, among other things, always carried a sharp hatchet.  When I was first allowed to use a hatchet, he warned me of its danger.  It seems that on a fishing trip with his older brother, Papa was carrying the hatchet carelessly across his shoulder.  He tripped and fell backward, and the hatchet cut a deep gash in his back. Papa showed me the scar.  Over the years, as Papa got older, I noted that the scar had migrated across his back as his skin aged and stretched.  The purpose of the hatchet was to fell the poles, on the spot, to which we would attach string, sinker, hook, and bait.  Papa sharpened one end of the newly felled pole; placed the hook, line, sinker, and bait on it; tossed the baited end into the most likely spot in the hole; and then securely jabbed the sharp end deep into the bank.  Then we would maneuver on to the next hole.

It was while catfishin’ that I learned to cross narrow slick logs with alacrity.  As I got older, Papa gave me more and more of the responsibility.  The high point of catfishin’ responsibility is getting a big catfish out of a hole, off the line, and secured without getting pulled in, finned, or hooked oneself.  Upon my first encounter, I learned first hand what Papa had himself experienced: catfish mouths are like sand paper.  We would run the lines around 10:00 p.m. and 5:00 a.m., checking for a catch and re-baiting if necessary.  Sometimes, the quarry was not a catfish.  It might be a jackfish, a turtle, an eel, or a big snake.

Catfishin’ itself, as exciting as it was, was never the goal.  The goal was the fellowship that fresh catfish, properly cleaned and properly fried, enabled for family and friends.  Usually the same day of the catch, Papa would invite friends over to sit under the drop shed of the smoke house—a drop shed that doubled as a garage—to fry and eat catfish along with potato salad, iced tea, and an array of pickles, olives, and onions, usually accompanied by light bread or cornbread.   Papa fired the fish in an old iron pot, which I still have and use.  He used wood as fuel, wood I had to gather and stack for just such occasions.  Sometimes, when we would set off to catch the bait, I would see Papa place the pot in the truck.  This meant that if we caught enough of the perch, we would abandon catfishing and cook the perch right on the creek bank.

We never returned from fishing empty-handed; for when the whippoorwill sang in a new April, he also brought wild violets, wild azaleas, dewberries, and mayhaws.  Even with no catfish, we usually had enough bait left so that we could fry up a mess.  We always came home with dewberries,  just enough to make a cobbler.  Out of mayhaws Mama made jelly, a base for an excellent punch and mayhaw cobbler.  A snipping of violet and wild azalea always graced our table in April.

The commons that allowed us to roam the creeks at will has long since passed. Mayhaws have become commercialized; dewberries have become hybridized; most catfish no longer reside in creeks but on farms; and wild violets and wild azaleas rarely find their way to the supper table, there gracing the table at eventide as families intimately commune in vesper, food, and story.  Even now as these words appear before me in late evening, a whippoorwill cries, “Chip married the widow!”  Somewhere in the woods on the farm’s north range, another echoes “Dick climbed the white oak!”

In the Creeks and Along the Rails: Tales from Pollock