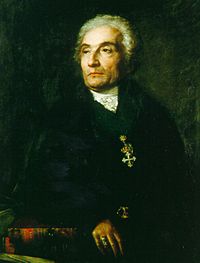 Part I in an ongoing series, Localism and the Universal Church.

Devon, PA.  Several times during the last couple years, the FPR comment boxes have received protests against the supposed “placelessness” of the Catholic Church and the suggestion that more congregational, Protestant models of the Church more surely befit the spirit of localism and limits.  I can indeed imagine how someone desiring a restoration of place and limits to community might see in the newspapers the ubiquity of the Church and its clergy and conclude that if something is everywhere it is not adequately somewhere.  And, as I say, I need not imagine, because I have witnessed, how some persons consequently remark with surprise, even disappointment, that so many FPR writers should be Catholic or, as is the case with my work, should deem a web journal committed to place and community as a suitable venue to write on all things theological and ecclesial from a Catholic perspective.

But one must have little experience of the Catholic faith, or much experience of a society formed to no small degree on bigotry against it, to find in Catholicism much repellant of the particular or beholden to the modern project of relentless abstraction that would seek to render, as it were, everyplace an anyplace until it becomes a no-place.  I am sure I speak for many when I say that both everyday life in the Catholic Church as well as the theology and philosophy, or “worldview,” into which it initiates one have been themselves the source of my own commitment and devotion to the principles of natural community, local culture, and the integrity of limited, discrete polities.  Indeed, I could not maintain these commitments with intellectual confidence did I not have the resources of the Church to sustain them.  I would like to set forth a case for this claim even as I shall in the end acknowledge that there are some troubling aspects to contemporary American Catholicism that should prompt Catholics themselves to a little reflection or rather re-consideration of how they seek to proclaim the Gospel intelligibly to a society enthralled to the regime of universal liberalism.  Prior to entering into this direct defense, I should like to set before the reader a clear if crude sketch of the typical positions in contemporary debates over “globalization,” those of an Enlightenment-derived absolutist vision, which seems to be the default mentality of most persons in our age, and that minority party of traditionalists who seek to savage the Enlightenment project simply by inverting its principles.  All this I propose to discuss after the manner of the familiar essay, rather than endeavoring to document my points with the use of quotation and reference.

To take up this last point first, my sense is that many of those who shrink before the spectacle of the Church’s omnipresence do so because they have a dualistic conception of politics that is itself rooted in a metaphysical dualism.  Such persons, I propose, see the dissolution of community, local cultures and markets, of neighborhoods and neighborliness, and indeed of every continuity between one person and another, much less one generation and another, and presume that a total reaction is required.  Liberal society and the market—whether they contemn it as merely capitalist or state capitalist—they view as disintegrative forces that make goods and finally persons so fungible and mobile that place and community cease to “matter” and cannot endure.  They witness the satellite projection of a vulgar and monotonous culture around the globe and believe the world to be growing ever more unified in its idiocy, indifferent to its precious particularities, and stultifying of man’s capacity to accept, without disfigured or anachronistic gestures, the venerable and the divine.

Understandably, such persons react against this practical uniformity and against the principles that underlie it, namely, a commitment to reduction-by-abstraction—a species of ancient atomism—in which the quantifiable units of things alone count as reality.  How much something costs, how much it weighs or measures—such units, because easily abstracted, are easily intelligible, and the modern world seems thus increasingly committed to a life of geometric abstraction, where only what may be counted counts as real.

Because this reduction to quantity and its creation of a sense of fluidity and placelessness are so intelligible and convenient to all of us, the disaffected witness of its consequences says, naturally enough, the sound response is a reversal.  In place of quantity, we shall defend the unquantifiable particular qualities of things; in place of the anonymous conveniences of the global, we shall demand the hard work of keeping our eyes and hearts to the turf just before us.  At bottom, this witness concludes, the imperative to the universal has seduced us and served us poorly, and so we must, whatever the difficulties, return exclusively to the particular.

However accurate this dualism may be in its diagnosis, it does not quite discover the proper terms that might make its consequent prescriptions more compelling.  First of all, it seems to grant to the self-consciously “global society” that it is what it says it is.  We are all free to move as we will, to be part of such “virtual” and elective “communities” as we prefer, and indeed to remake ourselves as we desire, say the globalists; it is precisely the liquidity of a globalized economy and culture that makes our absolute freedom possible.  Having granted the globalist his terms, the disaffected conceive of a merely reactionary form of localism.  If the globalist claims to love the world, one must love only the irreducibly particular patches of one’s community.  If the globalist praises the universality of rationalized-because-quantified reality, then the localist must reaffirm fidelity to what he freely confesses to be the irrational and inscrutable thickets of tradition.  If the globalist likes to import sugar by the pound, we shall grow only the surly and irregular potato.

If the globalist speaks of a responsibility for the peace and well being of all human beings, the “social justice” due to every society, and advocates the putting to use of the most colossal and monolithic of forces to secure these things, the localist must decry every ideological pronouncement that sniffs of “altruism” or the “universal brotherhood of man.”  He must, in fact, turn against orthodox Christianity—for he rightly sees that the ideologies of universal peace are themselves secularized perversions of Christian teaching.  I have therefore even read the words of persons who have claimed to give up Christian belief altogether and to “return” to the local deities of paganism.  Much to my amusement, someone once wrote in to FPR, from New Hampshire, explaining that he had renounced the placeless globalism of Christianity in favor of the Germanic god (or gods) his ancestors had worshiped.  One hesitated to ask the demonic fellow why local deities evidently so portable as to relocate from Central Europe to New England would constitute much an improvement on the omnipresent Cross of Christ.

In my view, this localism against contemporary globalism provides the same sort of un-compelling response to a horrendous state of affairs that the French traditionalists, such as Joseph de Maistre, articulated in response to the tyrannical universalisms of the French Revolution.  If France stood for individual reason, they would stand for collective tradition; if France stood for a brazen shining of light, then they would advocate a dusky and impassioned reverence.  There is much to be said, in fact, in favor of the work of de Maistre, or that earlier traditionalist, David Hume; but, nevertheless, something fundamental has gone awry in the traditionalist argument.

Rather than accepting the globalist’s description of the happiness and freedom made possible by, say, having friends on three continents all of whom can keep in touch by airline, cellphone, and Ipad; that is, rather than accepting his claim to live in a “global” society, why should we not simply say that a “global” society is a myth, and any “community” not tied to a particular place is a delusion?  One cannot live everywhere, for there is no subsistent “everywhere.”  One can only be in one place at a time, and if one gallops from place to place with any frequency, one probably still lives in one particular place—one just does so poorly.  I can well imagine that an American with friends in Brussels and Bangkok will have an easier time finding companions to join him at the brothel, and that he will have a grand time exchanging photos across continents afterwards, but one must have a rather weak sense of friendship if it simply involves being able to spend money on the sex trade with one’s fellow cosmopolites.  I recognize that most globe-trotters go in for slightly more decorous forms of decadence.  But spending money together is not the same as having the same final end, or highest good, as another person—unless, that is, one has a totally perverse sense of what one’s highest good is—and so I am not sure any “global” camaraderie meets even a minimal classical definition of friendship.

Rather than refusing absolutely the globalist imperative to quantify everything, why not reply in the very terms Aristotle did to those ancient advocates of quantitative abstraction, the Pythagoreans?  Being is prior to number in reality.  And so, while a real being can always in some sense be quantified, this is not determinate of its reality.  Indeed, a real being can be quantified in such an infinity of ways, that the attempt to see a thing exclusively in terms of number will always result in our giving attention to only a few numbers at a time, and this, in turn, means we will obscure a thing’s being in the process.  One hardly need resent the obvious convenience of quantification so long as one recognizes its inadequacies and the continuous danger it has posed historically to human beings inclined to hold their minds accountable to a criterion of convenience (or measurable, immediate consequence) alone rather than to reality.

On this point, localist and traditionalist arguments tend already to be pretty cogent, for the ideology of “profit maximizing” individuals and perfectly rationalized markets has been obviously destructive of even aspects of human happiness quite amenable to quantification: people have fewer lasting friendships, have fewer children, divorce more frequently, and are forced to rely increasingly on a centralized state to repair the damage of their peccadilloes, to care for the very young and the elderly, to educate youth, and to administer what good will the atomized modern consciousness excretes in its guilt.  Further, they work longer hours farther from “home,” and find themselves having to buy worse food for more money.  To bring this catalogue to an absurd close: they have to buy bottles of water.  I am confident that any way of life that, to all appearances, necessitates the buying of small bottles of water must be one that is verifiably inefficient, if one simply attends to a greater number of measures.

One must hold being in the head first, if one wishes to count things well; in surrendering, as it were, metaphysics for mathematics, the modern globalist loses his grip on reality and quantity, and tastes the consequences of this error as if it were garlic: it corrupts his palate and undermines the life he thought “placelessness” would deliver in abundance.