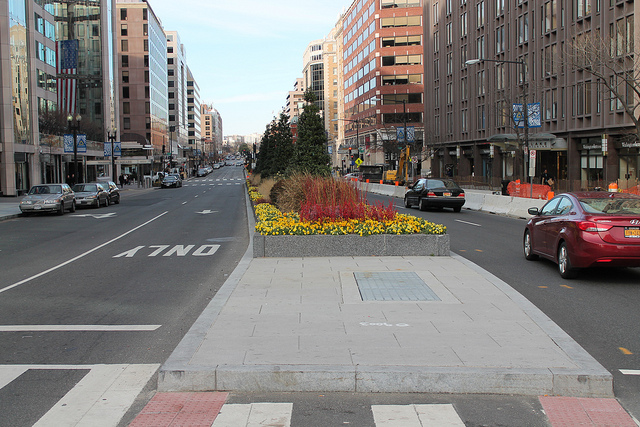 As I’m sitting in an office on K Street, emptied for Christmas, wondering how to introduce myself to you all, it occurs to me that I owe you an explanation. It sounds like a bad joke, that an editor at a DC political website would want anything to do with a website dedicated to place and peace.

There was a big story out last week, by James Carden and Jacob Heilbrunn about my city paper, and how its editorial page is America’s biggest “megaphone for unrepentant warrior intellectuals.” That’s got something to do with it.

Support for the empire is the prerequisite to political respectability. To John McCain and the Wall Street Journal it even trumps authentic educational credentials. It bears mentioning in relation to the Washington Post that of all the libertarian friendly tweaks of the Bezos era, none of them have pertained to foreign policy. The one conservative Catholic on the op-ed page is America’s foremost defender of torture.

Being one of the few people that’s “from here,” it’s always seemed intuitive to me that the paper’s editorial stance has something to do with protecting the jobs of DC’s bureaucrats and contractors that comprise its readership. They’ll publish Snowden’s NSA leaks, but wouldn’t think of laying the agency off. The same is true of the Republican Party, as we saw recently when Mick Mulvaney’s bid to head the Republican Study Committee was torpedoed because he was willing to cut the defense budget. War brings people together. Ted Cruz represents the exact opposite of a neoconservative domestic policy, but still gets invited to speak on foreign policy at Weekly Standard to-dos. Senator-elect Tom Cotton is an immigration hawk who gets praised by the Wall Street Journal. And we may find our national discourse not much worse off at the passing of Even The Liberal New Republic, not because they’ve turned against the powers that be, but because nobody will be reading them anymore.

People like me are supposed to be libertarian. And I’ve got no problem with that, it’s just that they seem so unhappy sometimes. Not to mention the “libertarian movement” — in an ideal world something close to an oxymoron — often seems like it’s after… let’s just say a historically contingent and debatably healthy kind of liberty.

Consider a libertarian who describes himself as having a “lack of religious views” but says he likes the idea of Christian anarchism — nothing so prosaic as a church. This problem seems representative to me. Or imagine a person who has made ideology so internal to their being that a grand jury decision several states away prompts a spiral of hopelessness, satisfied only by waving a sign around in front of the White House in acts of penitence. Why? “I am complicit. I have not yet burned the [expletive] system to the ground.” It would be glib to point out that this is a feminist libertarian saying that silence implies consent.

Nor is this the first time the “burn it all down” trope has popped up recently. One could say it’s something of a foundational attitude. Most young libertarians try to square the immigration circle with Milton Friedman’s counterintuitive argument that immigration is good because it undermines support for the welfare state. Overload the thing until it crashes, in other words. That this would have dire consequences for its current beneficiaries does not concern them. This is especially strange because many young libertarians try to distinguish themselves from previous generations with their sympathy for the underprivileged.

Today open borders is more of a litmus test than anti-war views for libertarians — there are many examples of this. If anticommunism once drove libertarians and the right together, leftism is doing the opposite, as libertarianism goes mainstream. The Post runs op-eds decrying “borderism,” which is to say, the belief in borders.

In this and many other ways, libertarianism is simply not as counter-cultural as young libertarians seem to think, since the dominant culture shares most of their assumptions. If you want to test this, write two columns; a libertarian case for legalizing prostitution, and one on the evils of no-fault divorce. Pitch them to a dozen publications or so, and see which one gets more interest.

Libertarians are as bad as the left about politicizingeverything, right down to the bodies they’re happy to see commodified. It is interesting to see people write that sex workers are fertile ground for spreading the message of liberty. I’ve even seen it suggested that the struggle for sex worker rights is central to libertarianism. There was a time I would tell them they were wrong. To a certain type of contemporary libertarian, sex workers are moral paragons for having submitted their very bodies to the ravages of capitalism — “sex is not different from any other good or service you can pay for.” What better way to internalize the market than to sell yourself?

There are many problems with this kind of thinking. But for starters, there is a vast contradiction between the imminent anarchism whose biggest proponent is Jeffrey Tucker and the voguish left-libertarianism that sees the latest police brutality outrage as an opportunity for solidarity and co-optation, like the Communist Party used to do (and still does, but nobody cares anymore). It’s a contradiction to politicize policing, sex, and national borders, and claim to be beyond politics. Being offended on behalf of some slighted person on the other side of the country is the opposite of freeing yourself from from politics.

There’s no reason we have to stop with prostitution either. It seems to me that libertarians and a certain up-and-coming dread internet movement should be able to find common ground in that baby markets are eugenic. Think of the opportunities!

The powers that be are all about burning it down, they’re just more subtle about it. No less for some libertarians than Lindsey Graham on Meet the Press. Put not thy hopes in tax cuts, gay marriage, and drug legalization.

To the extent that libertarianism is a kind of kenosis of political philosophy the label doesn’t bother me one bit. And I haven’t seen a real hippie in ages, so where else are we going to get that free-people-bein-free sensibility? But libertarianism, at least as defined in most places, right on economics, left on everything else, seems poorly suited to how politics seems to be happening in this new century.

Capitalism isn’t in great shape, and some Catholics have begun to note that the Americanist concordat with the free enterprise system is not unconditional. Anti-Islamization views are going mainstream in Germany and France. Vertically Integrated New Media Company The New Republic just covered the Honduran charter cities project, a promising libertarian experiment of interest to decentralists, and naturally thinks it’s horrible.

People are beginning to reahc further back for orientating ideas and figures. Here is a massive story in Quadrant that points out some of these currents. It’s a great piece, though as with anything that tries to do so much it can have a blind-man-and-and-elephant feel. Also the main subject of the piece, Australian politician Cory Bernardi, strikes me as more of a Rick Santorum type than any kind of real outsider. Opposing immigration and feminism does not (quite!) a reactionary make.

Not all of these things strike me as promising or good, necessarily. But what’s important to note is that right at the moment that tectonic shifts seem to be happening, libertarians are playing the inside game more than ever. Rand Paul will not be an internet phenomenon like his father. Reading this piece on how Pope Francis moved these people to give to the Koch Brothers’ free-market nonprofits, you know how Solzhenitsyn felt when Sakharov failed to check his priors:

… the way back, which our country will soon face — the return of breathing and consciousness, the transition from silence to free speech — will also prove difficult and slow, and just as painful, because of the gulf of utter incomprehension which will suddenly yawn between fellow-countrymen, even those of the same generation and place of origin, even members of the same close circle.

For decades, while we were silent, our thoughts straggled in all possible and impossible directions, lost touch with another, never learnt to know each other, ceased to check and correct each other. The stereotypes of required thought, or rather of dictated opinion, dinned into us daily from the electrified gullets of radio, endlessly reproduced in thousands of newspapers identical as peas, condensed into weekly surveys for political study groups, have made mental cripples of us and left very few minds undamaged.

Powerful and daring minds are now beginning to struggle upright, to fight their way out from under heaps of antiquated rubbish. But even they still bear all the cruel marks of the branding iron, they are still cramped by the shackles into which they were forced half-grown. And because we are intellectually isolated from each other, they have no one to measure themselves against.

As for the rest of us, we have so shriveled in the decades of falsehood, thirsted so long in vain for the refreshing drops of truth, that as soon as they fall on our faces we tremble with joy. “At last!” we cry, and we forgive the dust-laden whirlwind which has blown up with them, and the radioactive fallout which they conceal. We so rejoice in every little word of truth, so utterly suppressed until recent years, that we forgive those who first voice it for us all their near misses, all their inexactitudes, even a portion of error greater than the portion of truth, simply because “something at least, something at last has been said!”

Front Porch Republic is a place for breathing and consciousness, if you will. A place for committing acts of cultural recovery. I’m grateful for it, and if I may suggest a tune for inclusion in the Porcher jukebox, here’s a good’un from an unsung Texas band, complete with seasonally appropriate intro and a country song reference (my former colleague Joe wrote a good introduction to them here):

Under the X in Texas is where you’ll find me, it’s where i’ll be,
Singing out the songs, warnin’ the world of the perils to come.

With a cloud by day and a fire by night.
Forced out of the garden of earthly delights

And one by one the states will know
As they crumble like Jericho,
From Canada to Mexico
That Texas is the rock
To lift you up when the words collide.
With the angels to guard and the angels to guide,
Upon this truth you can rely.
So take two steps toward Texas tonight.

My day job is over at the Daily Caller, where I run the opinion section, and I also started a group blog called the Mitrailleuse. I can be found, far too often, on Twitter. I’ll be working to find new writers, especially young ones, so get in touch if you’ve got something to say. Merry Christmas.