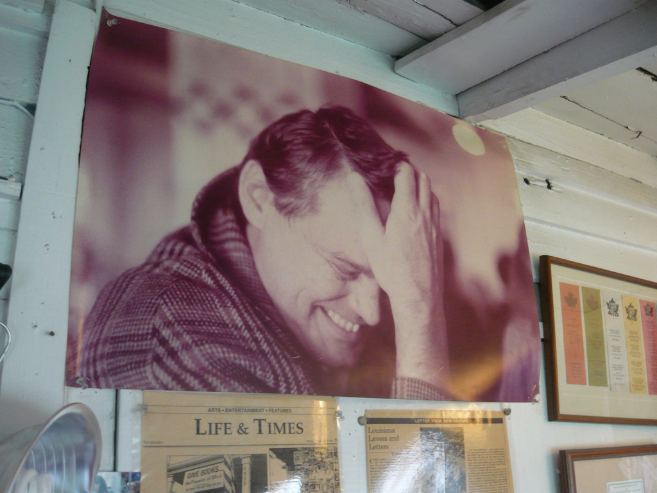 Earlier this year, several publications celebrated Walker Percy’s 100th birthday. However, for the most part, the occasion went largely unnoticed. Although Percy is still well regarded in many circles, most of the country regrettably underappreciates his contributions to literature, philosophy, politics, and religion.

After watching many of the events of the summer unfold, particularly shootings and political rallies, I have often found myself thinking that Percy’s writings are more timely than ever. One of Percy’s most iconic works, Love in the Ruins: The Adventures of a Bad Catholic at a Time Near the End of the World, captures our national mood strikingly well. Written from the perspective of a Catholic psychiatrist, Percy offers a dystopian vision of America’s future. His dystopia is our new reality. Within the first five pages of the novel, Percy paints a dim view of American life: “There are bad times. Principalities and powers are everywhere victorious. Wickedness flourishes in high places.”

Describing the religious temperament of the country, Percy notes: “Our Catholic Church has split into three pieces: (1) the American Catholic Church whose new Rome is Cicero, Illinois; (2) the Dutch schismatics who believe in relevance but not God; (3) the Roman Catholic remnant, a tiny scattered flock with no place to go.” Percy’s schism captures many of the current splits within several mainline denominations.

Percy’s description of the political polarization of the country is also strikingly prescient: “The center did not hold. However, the Gross National Product continues to rise. There are Left states and Knothead [Right] states, Left towns and Knothead towns but no center towns … Left networks and Knothead networks, Left movies and Knothead movies.” Writing well before the rise of MSNBC and Fox News, it is fairly remarkable to think that Percy anticipated our current, extreme levels of polarization.

Given Percy’s eerily accurate diagnosis of these problems, it may be worth considering his prescription for those ills. They may very well provide a signpost for those of us troubled by our current times. Towards the end of the novel, Percy’s protagonist returns to the Church. While still grappling with his own human failings, the protagonist attends confession and receives advice from his priest:

Meanwhile, forgive me but there are other things we must think about: like doing our jobs, you being a better doctor, I being a better priest, showing a bit of ordinary kindness to people, particularly our own families – unkindness to those close to us is such a pitiful thing – doing what we can for our poor unhappy country – things which, please forgive me, sometimes seem more important than dwelling on a few middle-aged daydreams.

Admittedly, the priest’s words are hardly groundbreaking. They reaffirm old truths that are familiar to many. However, they do give us some direction in “these dread latter days of the old violent beloved USA and of the Christ-forgetting Christ-haunted death-dealing Western world.” Perhaps most importantly, they remind us to look to God and the Church in trying times. It is not an accident that Percy’s protagonist returns at the end of the novel to give his first confession in nearly eleven years.

Notably though, the priest encourages Percy’s protagonist to engage with the world. He reminds him of the importance of family, his occupation, and even forms of public service. Written with more nuance than the familiar credo of God, family, and country, Percy’s priest unmistakably reminds the protagonist of the need to look outward to the world, even in one as broken as our own. While the past year may have brought a variety of evils and real reasons to despair, Walker Percy’s Love in the Ruins provides a powerful reminder of the need to keep the faith and to remain engaged in our families, our communities, and our national life. Although retreat may be a comforting option, Percy suggests it may be too easy of one.  In times like ours, it is helpful to remember words of stoic Aunt Emily in The Moviegoer: “In this world goodness is destined to be defeated. But a man must go down fighting. That is the victory. To do anything less is to be less than a man.”

Tradition and Critique: On Wanting to Know

Walker Percy and the Recovery of Place