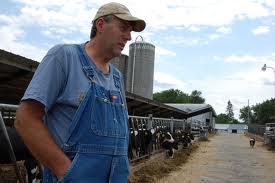 Public union members from as far as New York and Iowa have bussed to Madison, Wisconsin, to join protests against new Republican Governor Scott Walker’s proposed changes to compensation and collective bargaining for some state workers. Fourteen Democratic state senators fled the state to prevent the legislation from a vote.

Newspapers and commentators have filled reams of paper and the airwaves discussing Walker’s “sweeping” changes intended to “gut” public workers’ “collective bargaining rights.” We’ve read of similar legislation in states like Indiana, Ohio, Idaho, and California (for pete’s sake). But few people have peered past the drums, smelly feet camping at Wisconsin’s capitol, and rehashed labor chants to discover the citizens already deprived of their property by union-induced growth in state spending.

We know the basic facts: Wisconsin faces a $137 million budget deficit this year, and a $3.6 billion deficit by 2013. Governor Walker, who campaigned on cutting wages and benefits, made good on his promise by proposing a budget that would require state workers (except “public safety workers” like police and firefighters) to help fund their pensions and healthcare insurance at or below national average contributions.

Wisconsinites elected him on this platform with 52 percent of the vote. As with other states, increasing taxes paralleling increasing deficits and the requisite economic instability made voters demand change.

In a hullabaloo strangely absent from Indiana a few years ago when Gov. Mitch Daniels excised collective bargaining, the national conversation has missed people who cannot benefit their own agendas by leaving the state or banging drums. They are the reason historically purple Wisconsin, which went strongly Democratic in 2008, flipped its entire statehouse and governorship red in 2012. These are people like my father and grandmother. My father has farmed Wisconsin his entire life, like his father and grandfather before him. Because of this, he owns a good amount of land and pays a good amount in property taxes.

To describe my grandmother, 91 years old, as ‘frail’ hardly conjures an accurate picture. She has been a widow for about 15 years, usually cannot remember my name, and can no longer walk the seeding orchard and grape arbor behind the farmhouse her father left her decades ago. Just last week, as marching Wisconsin school teachers shouted to keep their compensation levels a third higher than the typical Wisconsin household, her children–my aunts, mother, and uncles–feared a new bout of sickness might be her last.

Since most of my mom’s brothers and sisters live in Michigan, they cannot vote in Wisconsin. But they pay grandma’s taxes on the old, central Wisconsin family farm, now waving with tall grass and an almost-indiscernible garden plot. They cut the grass, tie up the apple boughs, wash the windows, fix the sewer system.

Last year, net property taxes in Wisconsin were at a 14-year high, 4.9 percent higher than in 2009. These property taxes bit into the little pouch of money available for paying grandma’s medical bills, grocery tabs, and haircuts. And they will have to increase again if Governor Walker and town mayors across the state can’t fix mounting deficits.

Budget deficits in Wisconsin and across the country are driven by outsized state pensions and benefits. Collective bargaining gives public-sector unions a monopoly on not only state services but the prices taxpayers pay for those services, since taxpayers have no alternative to many state services and politicians risk their jobs when daring to stand against union bosses’ demands.

My grandmother is too old to march and demand that her own money not be siphoned to pay public salaries far above market prices and for no extra value returned. My prudent father would never dream of insisting he deserves someone else’s money. Instead, as a small businessman, he works dawn to dusk (and far beyond) to provide for himself by serving others. He understands the equation: he increases his profits by increasing the benefits his hard work provides to others. He doesn’t increase his salary by marching on Madison and demanding larger chunks from other private-sector workers’ salaries. How odd this works for some people.

That distortion is why Walker says he can’t just leave collective bargaining as it is, even though union leaders and the Democrats they support have said they’ll take his cuts if Walker discards the bargaining changes. That would be like taking the bottle from a drunkard but letting him keep your liquor cabinet key in his pocket.

This is not just a Wisconsin tug-of-war, of course. States and local governments currently owe $3.5 trillion in unfunded pension benefits. Entitlements also drive the national deficit. Americans must decide whether we’ll take my father’s way out, through hard work, thrift, and keeping our hands out of each others’ pockets, or the unions’ way out of demanding more pay for fewer services because your customers have no choice in the matter. The latter invariably encourages plundering from people like my father and grandmother because their faces do not appear on national news to plead for the “individual bargaining rights” our Constitution guarantees.

Joy Pullmann is an assistant editor at the American Enterprise Institute.

Your Justice Is My Pay Check