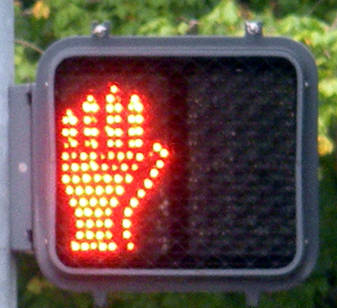 Kearneysville, WV. I recently asked a group of bright students if they thought their freedom was being curtailed by an encroaching administrative state. Many were not convinced. Their lives seem free. They can do as they want. Limitless possibilities seem to stretch before them as they attempt to imagine their futures. Tocqueville, of course, would argue that part of the insidious nature of the modern bureaucratic state is that it reduces the imagination. Here’s his vision of bureaucratic tyranny:

I see an innumerable multitude of men, alike and equal, constantly circling around in pursuit of the petty and banal pleasures with which they glut their souls….Over this kind of men stands an immense, protective power which is alone responsible for securing their enjoyment and watching over their fate. That power is absolute, thoughtful of detail, orderly, provident, and gentle….It provides for their security, foresees and supplies their necessities, facilitates their pleasures, manages their principle concerns, directs their industry, makes rules for their testaments, and divides their inheritances. Why should it not entirely relieve them from the trouble of thinking and all the cares of living?…It covers the whole of social life with a network of petty, complicated rules that are both minute and uniform, through which even men of the greatest originality and the most vigorous temperament cannot force their heads above the crowd.  It does not break men’s will, but softens, bends, and guides it; it seldom enjoins, but often inhibits, action; it does not destroy anything, but prevents much being born; it is not at all tyrannical, but it hinders, restrains, enervates, stifles, and stultifies so much that in the end each nation is no more than a flock of timid and hardworking animals with the government as its shepherd.

Most would agree that this situation appears grim, but how would one know this was happening? Will the loss of freedom Tocqueville describes be readily recognized for what it is? One way to get at this question is to imagine what Sam Adams, Patrick Henry, James Madison, and Thomas Jefferson would say if they were transported to our day. I think it is certain they would be shocked by the scope of government intrusion and the depth to which it has insinuated itself into our daily lives. So, do my students live in a free society? They say “yes” while Sam Adams would likely demur. Who is right?

Obviously, freedom exists on a continuum, so we are speaking in relative terms; however, another way to approach the issue is to consider trajectory: are we moving toward increasing freedom or away from it? Again, things are not as simple as one might imagine. If we look at civil rights, for instance, things are surely more free for African Americans than they were 150 years ago. Or fifty years ago. Something similar could be said for the freedom of women. Thus, on some level, the freedom of individuals has expanded in the past century.

However, it has been pointed out that with the expansion of individual freedom has come the expansion of the centralized state. Are the two dynamics related? Robert Nisbet, for one, argues that the emancipation of the individual from the complex web of social groups that constituted pre-modern Europe, ironically, has served to undermine the diffuse powers that held the state in check. Thus, with the rise of the atomized–though liberated–individual came the centralized, bureaucratic state to fill the void once occupied by secondary associations and complex social structures. The very dynamic that emancipated individuals fostered the rise of centralized state power. While few would advocate a return to some of the social and political forms of medieval Europe, we do well to wonder if it is possible to build strong social structures that could defend the dignity of every individual while at the same time provide make-weights against the centralized state.

Even if the loss of freedom isn’t as severe as some suggest, there are disturbing trends. Consider, for example, the recent story describing how some girls selling Girl Scout cookies ran afoul of the law. While laws are necessary, surely this is at least one example of bureaucratic over-reach and downright silliness that indicates a loss of good judgment, common sense, and simple decency between neighbors in favor of enforcing a regulation for its own sake.

The obvious question is this: how do we revitalize a culture that cherishes freedom and rejects intrusive state action? How do we cultivate virtuous citizens who prefer liberty to regulation and self-government to a bureaucratic administrative state? On the one hand, this is not likely to begin on a national scale. While the government could conceivably aid in the process, it will not be the driving force. On the other hand, fostering a durable liberty is not going to be done by the rugged individualist who fancies himself free of any social constraints or obligations. Rather, the key is vibrant local communities that create the space for diverse social groups to freely pursue various goods. Cultivating these takes time, effort, and commitment.

Tocqueville argued that freedom is an art, which implies that it can be learned but that, like all arts, it requires apprenticeship into a practice. Freedom, itself, looks radically different when we conceive of it as an art, a craft, or a practice rather than as merely a set of claims I make on society. The former is active and skillful and requires careful attention over a sustained period of time while the latter is passive and requires only incessant demands. The former necessarily implies discipline, self-control, and persistence. In this light, the latter begins to look like nothing so much as a spoiled child. These two concepts of freedom lead in two very different directions: one leads to a responsible and sustainable freedom rooted in a craft that is carefully attended and cultivated. The other leads, so it would seem, to individualism and, ironically, to statism. Like all crafts, freedom is the product of good work. Salvaging and cultivating the art of freedom is our urgent task.