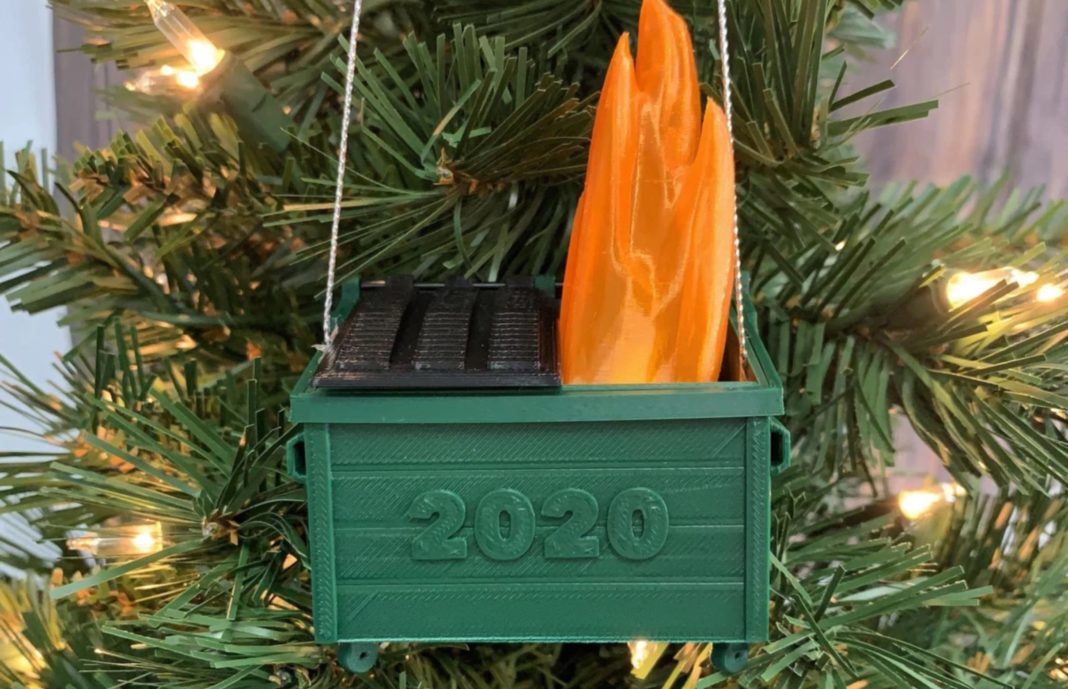 West Palm Beach, FL. Recently a colleague asked some of the historians in my department if 2020 was “the worst year” or close to it. It’s not a surprising question. One aspect of these “unprecedented times” seems to be a fixation on their difficulties. You can buy a 2020 Christmas ornament that is a dumpster, on fire. Most people seem to be hating most things about this year. 2020 has certainly had real trials and tribulations, but our approach to it is also reflective of a culture in which everything disliked has long been “the worst” and anything we don’t want to deal with has been met with “I can’t.”

Was 2020 the worst year? COVID gave us much to mourn and many people to grieve, but we wouldn’t rather deal with the Spanish Flu of 1918-1920 or the Bubonic Plague in 1350. There has been real trauma and loss, but not more than what came with the arrival of smallpox in the Americas. Politically these times are hard, but Genghis Khan may have killed 10% of earth’s human population in his military conquests. Social distancing has been unpleasant, but it was also unpleasant to go through the quarantines that once accompanied Yellow Fever outbreaks. Many people and businesses have struggled financially, but that, too, is precedented. We remember the Great Depression, but there was also the 1970s oil crisis, the Panic of 1873, and the South Sea Bubble. And as turbulent and close to collapse as 2020 sometimes made our world feel, it does not compare to World War II. These facts do not make hard times any easier, but they do help us remember that hard times do not belong exclusively to us. If we look outward, the horizon steadies.

2020 has not left us wandering a post-apocalyptic world, but it may still somewhat resemble the biblical book of Revelation, not because these are end times, but because they are unveiling times. We are accustomed to having things revealed and unveiled through someone else’s writing, like the book of Revelation. We often look for writing to break stories “wide open” for us. In 1860, the Dutch author Multatuli published a book called Max Havelaar; or, The Coffee Auctions of the Dutch Trading Company. It told the world the truth about the Dutch colonial project and shocked the Dutch public. It would be followed a generation later by revelations about the Belgian Congo, brought to light by E.D. Morel and others. In the 1970s, Woodward and Bernstein revealed the truth about Watergate and Nixon. This year Woodward tried to do the same thing again with President Trump, with his new book Fear. But sometimes unveiling comes not through an intrepid reporter but through our own experience. Everyday life can be a source of revelation.

George Orwell chronicled his revealing brush with poverty in the semi-autobiographical Down and Out in Paris and London. In Paris he worked as a plongeur, the lowest-ranking employee at a restaurant. He came away, not only deeply suspicious of kitchen cleanliness at nice restaurants, but convinced that “a plongeur is a slave, and a wasted slave, doing stupid and largely unnecessary work.” He discovered that the life of the working poor was a life of drudgery, with no money or time for leisure and fulfillment. Orwell recommended that “when one is overworked, it is a good cure for self-pity to think of the thousands of people in Paris restaurants who work such hours and will go on doing it, not for a few weeks, but for years. There was a girl in a bistro near my hotel who worked from seven in the morning till midnight for a whole year, only sitting down to her meals. I remember once asking her to come to a dance, and she laughed and said that she had not been further than the street corner for several months.” She later died of consumption.

In London, Orwell was temporarily unemployed and found the plight as demanding as many forms of working. He walked miles daily to find affordable housing, he strategized the pawning of clothing, he economized in every way imaginable, he went hungry, and he prostrated himself for bread from religious institutions. He also became familiar with beggars, people who do not “work,” and observed that “a beggar works by standing out of doors in all weathers and getting varicose veins, chronic bronchitis, etc. It is a trade like any other; quite useless—but, then, many reputable trades are quite useless.” Through living among the “Embankment sleepers,” Orwell saw others in a new light.

For many Americans, these are “unprecedented times” because the times are often better than we realize. For those who found this year startling and surprising, the hard parts have exposed us to hard realities that some people always face. Those of us who felt shut-in and alienated have had a taste of the reality we normally reserve for the elderly. Some of us have been newly afraid of illness or unhappy to be “forced” to wear masks. In any year, cancer patients and immune-compromised individuals wear masks and worry about contagion. Unemployment and food insecurity have increased, but 20% of children were food insecure in my county in 2017. We have seen small businesses go out of business and worried about their employees, but 50% of small businesses fail within five years even before the pandemic. In Hamlet, Hamlet exclaimed that “the time is out of joint” after learning that his uncle murdered his father. As Orwell wrote, “to the poor, all times are out of joint.”

To call this year “the worst” would probably be to overly emphasize the personal or the experiences of those who are normally well off. At the same time, this has very much been a “down and out” year for many Americans, including especially those who were already disadvantaged. Almost all of us have lived differently than we did before. What will we take away from this revealing experience?

Some people are already joking about staying up for New Year’s “not to see the new year in, but to make sure this one leaves.” Has 2020 been nothing more than a dumpster fire we are waiting to see go out? Carl Jung wrote that one should “embrace your grief. For there your soul will grow.” We could move forward hoping only to leave 2020 behind us forever, or we could reckon with our grief and look outward to consider the lives of others, especially those for whom these times are not unusual. Having now experienced isolation, financial insecurity, health scares, or alienation, how will we regard those who know these things in “normal” years?

If we let them, our negative 2020 experiences can be a foundation for empathy. At the end of Down and Out, Orwell wrote: “At present I do not feel that I have seen more than the fringe of poverty. Still I can point to one or two things I have definitely learned by being hard up. I shall never again think that all tramps are drunkards and scoundrels, nor expect a beggar to be grateful when I give him a penny, nor be surprised if men out of work lack energy, nor subscribe to the Salvation Army, nor pawn my clothes, nor refuse a handbill, nor enjoy a meal at a smart restaurant. That is a beginning.” As we end 2020, and before we run headlong into 2021, we can draw on our negative experiences to make our own short list of new ways of thinking, living, and relating to others.