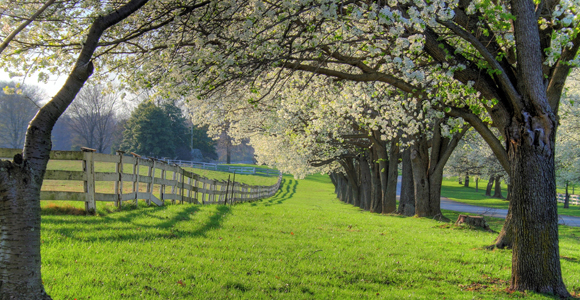 We do live in a remarkable age. The last time agrarianism and distributism were taken seriously in America was during the 1930s. The economic crisis of that decade forced people to think beyond the usual economic claims of capitalism and socialism/communism. The rural population in America actually grew (for the last time…. or so it once seemed), as refugees from the collapse of industrialism returned to the countryside. The virtues of family gardens and simple animal husbandry again grew clear. Small family businesses (now called “micro-enterprises”) sprang up within households. Books such as I’ll Take My Stand, Land of the Free, This Ugly Civilization, Who Owns America? and Flight From the City were a major force in public debates. Distributist journals such as American Review and Free America flourished. Even the New Deal clumsily bought in, promoting Subsistence Homesteads and the Family Wage (see my The ‘American Way’, chapter 3). Regional literature and art (e.g., poets Paul Engle and Jay Sigmund, novelist Ruth Suckow, and painter Grant Wood in my native Iowa) also prospered.

The greatest industrial “stimulus package” of all time–World War II– did bring this era to a close. Yet now, we see another end: the collapse and disarray of the post-World War II economic order. A political economy more in harmony with human nature again seems possible.

And so, the appearance of Front Porch Republic could not be more timely. May it grow and prosper!