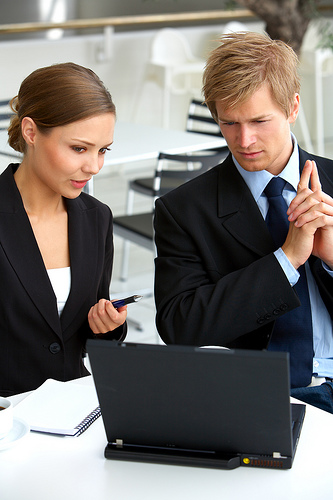 Regular readers of this column (and there might be some) know by now that I am given to rants against the banks, accusing them of being plutocrats and oligarchs, and sometimes descending into even stronger language. But I did not expect to receive confirmation of this thesis from the nation’s biggest bank. Citibank uses a term to describe our economy which has never occurred to me, “plutonomy,” an economy run for the benefit of the rich. This is the term we find in a Citibank investment advisory letter from March, 2006. The memo itself is rather remarkable. It sounds like a satire written by some mad Distributist (like me, for example). But no, they are in deadly earnest, and unlike the mad Distributist, they are quite happy about the situation.

On Citibank’s analysis, in the U.S., the UK, Canada and Australia, “the rich take an increasing share of income and wealth over the last 20 years, to the extent that the rich now dominate income, wealth, and spending in these countries.” They speak but the truth; the top 10% of households accounted for 43% of income when the memo was written. “In total, the top 20% accounted for 68% of total income; the bottom 40%, for just 9%.” And the situation is worse when we look at wealth. The top 10% account for 57% of household net worth; the bottom 40% share only 9%.

The writers of this letter point out that in other places, such as Japan and much of Western Europe, the rich were confined to pretty much the much the same share they had in the 80’s, but in the plutonomies, such as the US, the “capitalists benefit disproportionately from globalization and the productivity boom, at the expense of labor.” In other words, the imbalance is not necessary, but a creation of particular forces within the plutonomies.

Citibank does note that the rich face some problems. For example, the CLEW Index has rising much faster than the Consumer Price Index. And what is the CLEW, you may ask? It is the Cost of Living Extremely Well, which measures such essential items as the price rise in Beluga caviar or a suite at the Four Seasons. Pity the poor rich. As the authors note, “In 2005, the CLEW Index rose 4%, while US CPI rose at 3.6%.” Well, no wonder the rich have to claim such a large share of the income “at the expense of labor.” What laboring man really needs Beluga caviar in his lunch box?

The Citibank analysts note that plutonomy explains many of the conundrums in the economy. For example, they note that the rising price of oil did not dampen demand, for the simple reason that the price means nothing to the rich. They can fill their Hummers and Porsches with what amounts to spare change, in effect outbidding everybody else, who must economize in hard times. The economy of the many should drive down usage, and therefore the price, but that simple market wisdom does not work in the face of great imbalances.

Another conundrum explained by this imbalance is the low savings rate. It is received wisdom that Americans are profligate, especially the poor and middle classes. They don’t save, which is precisely why they are poor, and because of their bad habits the nation has a net negative savings rate. The truth is otherwise, as the authors point out. The bottom 2 quintiles were actually saving at a respectable 7% rate in 2000. Meanwhile, the top 20% were actually dissaving (their word, not mine) at a rate of 2% of their considerable incomes. But since they so dominate income, their dis-savings consumed everybody else’s savings, leaving no net national savings.

The authors do note one threat to the hegemony of the rich:

[T]he rising wealth gap between the rich and poor will probably at some point lead to a political backlash. Whilst the rich are getting a greater share of the wealth, and the poor a lesser share, political enfranchisement remains as was – one person, one vote (in the plutonomies). At some point it is likely that labor will fight back against the rising profit share of the rich and there will be a political backlash against the rising wealth of the rich. This could be felt through higher taxation (on the rich or indirectly though higher corporate taxes/regulation) or through trying to protect indigenous laborers, in a push-back on globalization – either anti-immigration, or protectionism.

In other words, Joe the Plumber might get a brain and actually start voting against the policies which keep these people in power. But I doubt it. Most people subscribe to the “John Gault” myth that the rich are rich because they have earned their incomes by contributing to the productive powers of the economy. And some have. But by and large, the increasing share that the rich get is not due to productive power, but to political and economic power, and particularly the power to free themselves from any public obligations,through lower taxes, for example, or any public control, through de-regulation, especially of the finance industry. And here we get into arcane matters to which Joe the Plumber does not give much thought. At least, not now. And probably not until the situation becomes so bad that it can no longer be ignored. I think that day is now in sight.

Why? Because this situation has been building for 30 years, and has involved repeated crises, all of which have been covered by an increasing scale of government intervention in behalf of the rich. The authors of the memo venture no explanation of why the rich have been able to claim a larger share. For that, we need to turn to the analysis of Simon Johnson, former chief economist at the IMF. And Johnson finds a “doom cycle” built into the very structure of the financial system, ever since the Reagan Revolution. Johnson summarizes his analysis in this short film.

He finds that since Reagan, the banks and other financial institutions have an in-built incentive to take ever-greater risks, and to grow as large as possible. This is because the risk rewards are asymmetric. The bankers can make massive amounts of money by taking massive risks. But when the bets fail, they can get bailed out. Thus, there are great rewards for success, and no penalties for failure. The profits are privatized, the losses are socialized. How far are they socialized? The Congressional Budget Office estimates that the portion of the public debt attributable to bailouts amounts to 40% of GDP. And then there are the 8 million jobs lost. That’s a lot of socialization.

What deregulation has set up is a doom cycle. An increased incentive to take risks, resulting, initially, in out-sized profits, then in massive failures, creating a need for bailouts, which leave the same people in charge, and the game begins again. Already, the profits of the banks are rebounding to pre-crash levels, but not on the strength of their lending to productive businesses (which by and large they aren’t doing) but by the same risky ventures that got us here in the first place. We are already repeating the cycle.

The rewards from the finance sector far outstrip the profits from manufacturing and other non-financial sectors of the economy. But in a sane economy—in an economy that is not actually a plutonomy—this cannot happen. The purpose of finance is to assist productive activities, and the rewards cannot logical exceed those of the things they finance. Yet that is precisely what has happened.

Further, the grip of the financial sector over the economy continues to grow. In the 1990’s, the Big 6 financial institutions controlled assets equal to 20% of GDP; today their assets are 60% of GDP. “Too big to fail,” and getting bigger by the moment. This is in an industry which, as Simon notes, “involves massive abuse of consumers, where they speak openly about ‘ripping the face off their customers.’”

But plutonomies are not stable, and doom cycles end in doom for everybody involved. The task of Front Porch Republicans, I believe, is to save what can be saved, and build what must be built. Up to this moment, that task has been theoretical; soon it will be actual.

Breaking our Concentration: Lessons from Jefferson, Hamilton, and Lincoln on Local...

Closing the Circle: An Economy of Values, and Where to Look...

Douthat to the Times