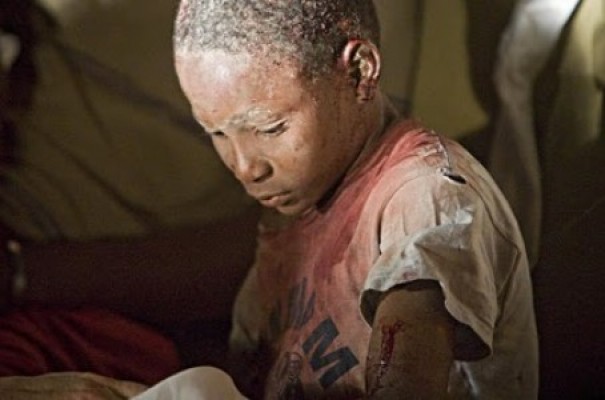 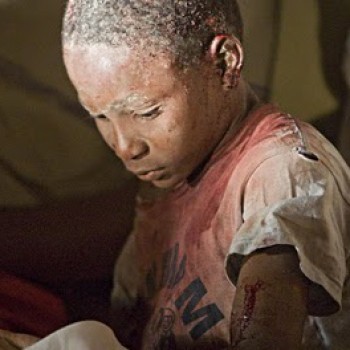 Kearneysville, WV. The recent earthquake in Haiti and the subsequent human suffering touched us all in various ways. Who can forget the images of thousands of displaced persons desperately attempting to cobble together shelter from scraps and pieces of plastic? Who can forget the plight of the children, many newly orphaned, in need of a home? The miraculous rescue of a girl two weeks after the event provided a small bright glimmer in a story whose tragic scope was difficult to fathom.

The scale of the devastation called for a response suited to the magnitude of the need. The U.S. military seemed the obvious choice to help restore a semblance of order and to organize the distribution of much-needed supplies. Yet, with the obvious good that was made possible by a large, well-funded, military operation, what is implied in all of this for the ideals of localism and human scale that lie at the heart of the FPR project?

When disasters like the Haiti earthquake strike, individuals hundreds of miles from the site are quite powerless to do much. So too are neighborhood organizations, local municipalities, or churches. At the very least the perception is prevalent that the modest efforts by small groups need to be orchestrated by a central authority capable of managing the vast enterprise.

In short, large scale disasters seem tailor made for a strong state apparatus that can respond quickly and efficiently to the immediate aftermath as well as rebuild the damaged and destroyed infrastructure. Collective action seems to be called for and the state is the default agent capable of doing the job.

But at the same time, we should not forget the images of Wal-Mart truck delivering fresh water and other emergency items to those displaced by Hurricane Katrina. The response of the federal government seemed sluggish compared to the efficiency of Sam’s people; although, the effectiveness of Wal-Mart was predicated on a level of stability and security that simply does not exist in many disaster areas around the world

So it appears that disaster aid is best delivered by some arm of the federal government or a massive corporation. Is there any place for human scale in a situation where the scale of devastation defies comprehension?

This question of scale is interesting, for our awareness of suffering has long since exceeded our capacity to address it individually or locally. A quick glance at any newspaper, news web-site or television news broadcast inundates the viewer with stories of human suffering around the world. We know about earth quakes in China (Richter Scale and all); we know about the drought in the Sudan, we know about the flooding in Mexico. We are alerted when a child anywhere in the United States is abducted, and we can follow the police search for a missing co-ed that ends with a grisly discovery in a cow pasture. The swine flu comes not only to our neighborhood but to the world at large and we feel the burden. Indeed our modern electronic and print media, constantly pulsating with the news does, in a way, provide us with a means to empathize with strangers around the globe. It makes it possible for us to imagine, if only fleetingly, the brotherhood of man. But the burden of that brotherhood is great, for as we grasp the suffering, we feel its crushing weight.

There are, at this point, several obvious options. One is to shut down. Empathy without opportunity to render aid would, it seems, lead eventually to frustration and the inability to express empathy any longer. We can become calloused to stories of suffering so that we can observe images of heinous brutality on the television news and not lose our appetites or even feel the need to avert our eyes as we consume both our dinner and the news with gusto. The second course of action is to retain the empathy while hoping fervently that the government will do something. Scale and distance leave us feeling individually helpless but quite willing for the government to extend its long and powerful arm around the world. In such an instance, our empathy serves to empower the government as it seeks out missions of benevolence to satisfy citizens who demand it. Of course, the government will be all-too willing to accept this added empowerment, for power is the constant attraction of government.

There is, of course, a third course. Individuals can seek to support, financially and with their time, non-governmental organizations that provide relief services to disaster areas. The Red Cross, World Vision, Samaritan’s Purse, and numerous other organizations provide an outlet for individuals who want to render aid (usually by writing a check). But these organizations require the security and infrastructure that only governments can provide, so there still appears to be the need for energetic government involvement.

Natural disasters are, though, not the only threats that confront us and our world. Weapons of mass destruction present a looming danger. Security officials tell us that an attack in the United States by Al-Qaeda is likely in the coming months. Global warming is not something that any individual or community can do much to address. These issues recognize no borders and seem to beg for a response that is massive, coordinated, and centralized. So the question is this: given the threats we face, and given the expanded awareness of suffering that we possess, how can the centralization of power be tempered and the principles of localism and federalism be advanced?